Blog Tour and Giveaway: The Bones of Amoret by Arthur Herbert 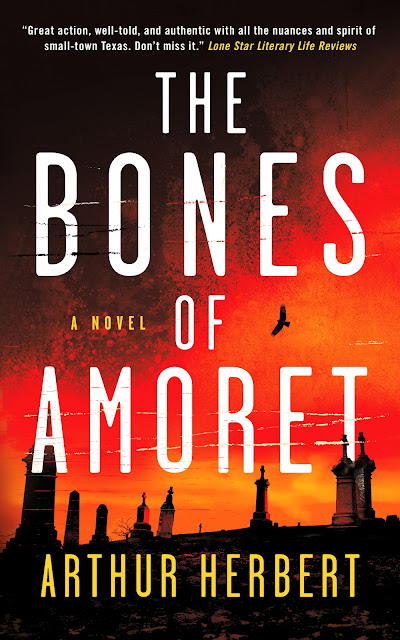 In this enigmatic follow up to his critically acclaimed debut novel The Cuts that Cure, Arthur Herbert returns to the Texas-Mexico border with this saga of a small town’s bloody loss of innocence.

Amoret, Texas, 1982. Life along the border is harsh, but in a world where cultures work together to carve a living from the desert landscape, Blaine Beckett lives a life of isolation. A transplanted Boston intellectual, for twenty years locals have viewed him as a snob, a misanthrope, an outsider. He seems content to stand apart until one night when he vanishes into thin air amid signs of foul play.

Noah Grady, the town doctor, is a charming and popular good ol’ boy. He’s also a keeper of secrets, both the town’s and his own. He watches from afar as the mystery of Blaine’s disappearance unravels and rumors fly. Were the incipient cartels responsible? Was it a local with a grudge? Or did Blaine himself orchestrate his own disappearance? Then the unthinkable happens, and Noah begins to realize he’s considered a suspect.

Paced like a lit fuse and full of dizzying plot twists, The Bones of Amoret is a riveting whodunit that will keep you guessing all the way to its shocking conclusion.
BUY THE BOOK:
Amazon
add to goodreads 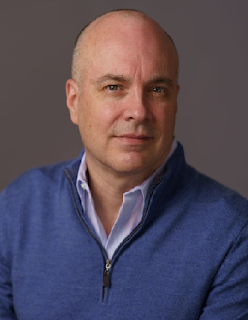 Arthur Herbert was born and raised in small town Texas. He worked on offshore oil rigs, as a bartender, a landscaper at a trailer park, and as a social worker before going to medical school. He chose to do a residency in general surgery, followed by a fellowship in critical care and trauma surgery. For the last eighteen years, he’s worked as a trauma and burn surgeon, operating on all ages of injured patients. He continues to run a thriving practice.

He's won multiple awards for his scientific writing, and his first novel, The Cuts that Cure, spent ten days as an Amazon #1 Best Seller. His second novel, The Bones of Amoret, will be released on April 1, 2022 through Stitched Smile Publishers. Arthur currently lives in New Orleans, with his wife Amy and their dogs.

My Review:
The Bones of Amoret: A Novel is the second installment from the Amoret series. It is, also, the first book I have had the pleasure of reading by this author. Even though this one is part of a series and have not read the first book in the series, The Cuts that Cure yet, I believe it can still be read as a stand alone. However, I will have to check that one out to find out what had happened previously.
I thought The Bones of Amoret: A Novel to be a pretty good read. It is full of suspense and mystery. One of those books that makes me feel like I’m on a thrilling roller coaster. Never could predict the twists and turns throughout the book. It was dizzying at times, trying to figure it out. I had to keep reading to find out what was going to happen next to Noah. It was captivating. I, also, liked the 1980s era in rural Texas.
I am giving The Bones of Amoret: A Novel four and a half stars. I recommend it for readers who enjoy reading thrillers and mysteries. I will definitely be looking for more books by Arthur Herbert, as well as, other releases in his Amoret series. This one is one that should not be missed.
I received a paperback copy of The Bones of Amoret: A Novel from the publisher, but was not required to write a positive review. This review is one hundred percent my own honest opinion.
Posted by Amybooksy at 2:00 AM