Blog Tour and Giveaway: The Egyptian Princess: A Story of Hagar by KD Homberg and Lillian Rachael 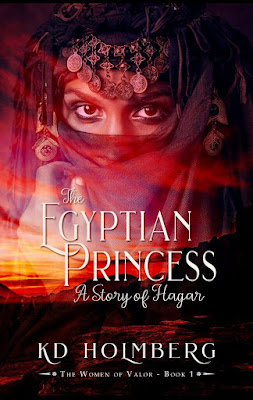 Book: The Egyptian Princess: A Story of Hagar

Two women, one ancient Egyptian harem, and the bold decision that changed the course of history.

Princess Hagar has always known her destiny in the opulent court of Egypt’s tenth dynasty. One day, she will marry Crown Prince Merikare and become the Great Royal Wife, the most powerful woman in Egypt. But dark dreams afflict Hagar when she hears of the latest addition to Pharaoh’s harem: the stunning, iridescent Sumerian, Sarai. Princess Hagar feels a powerful presence around the Sumerian woman. She suspects Sarai  has brought black magic into the palace, but what can she do to convince Pharaoh?

The intrigue of Pharaoh’s court pales in comparison to that swirling in the Royal House of Women among the wives, children, and concubines of the king. Sarai’s arrival upsets the already precarious balance. Loyalties divide, and betrayal, jealousy, and tragedy plague the once peaceful household. When a series of disasters befall Egypt, Hagar must make a daring decision, and the stakes could not be higher. She could lose everything—position, power, family, and even her life.

Torn between the silent gods of Egypt and the powerful presence that surrounds Sarai, Hagar’s world falls apart around her. She must acknowledge the terrible price of truth and decide for herself who she will serve. 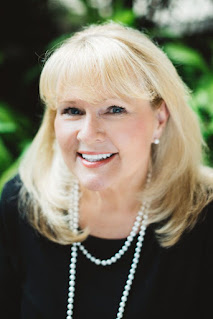 KD HOLMBERG is a retired flight attendant who turned an empty nest into a workshop for creating stories around remarkable women. She and her husband live in the foothills of the breathtaking Blue Ridge Mountains and love to travel and golf. They also run a girl gang of seven granddaughters, courtesy of their five adult children, and have one male grandchild that the author can safely declare as her favorite grandson. 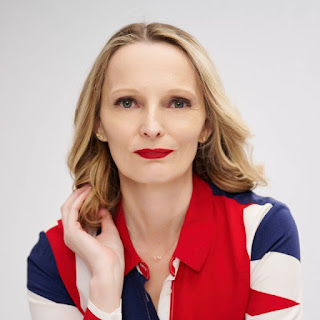 Born in the United Kingdom, LILLIAN RACHEL grew up in East Anglia and moved north to Durham before marrying her US military man and Atlantic hopping between Europe and North America.

She’s now settled in the Washington D.C. area, where she is an award winning narrator from her personal home studio.

There’s not much she loves more than telling your story in the most engaging way. Sophisticated or sassy, with a range of accents and character personas, she brings your words to life and draws your listeners in.

That thought occurred to me during a Bible study in Genesis, which revealed:

I was aware of Hagar’s general gist of her love triangle with Sarah and Abraham that produced Ishmael and how mother and son were sent into the desert to die. But her name niggled at me because she didn’t die. She survived and thrived as a single mother in the ultimate man’s world. How could a throwaway, uneducated handmaid accomplish such a feat?

The Hebrew and Arab traditions of Hagar gave me insight into that question. They teach that she was the daughter of the pharaoh who seized Sarah in Genesis 12. This quote from Amenhotep III made me even more curious, ‘from old, the daughter of an Egyptian king has not been given in marriage to anyone.’ A practice that prevented foreigners from having a claim on the Egyptian throne.

So how did a princess of Egypt end up in the tribe of Abraham?

I researched what life looked like for a princess in ancient Egypt. I discovered Pharaohs educated their daughters along with their sons. They learned reading, writing, medicine, politics, religion, and mathematics. An education and growing up in the luxury and privilege of the most sophisticated culture on earth rounded out my view of Hagar. It also reminded me of one of my favorite Bible verses, Deuteronomy 31:8, “And the Lord, He is the One who goes before you. He will be with you, He will not leave you nor forsake you; do not fear nor be dismayed.” (NKJV) God had gone before this remarkable woman and prepared her with the tools she would need to exist and endure.

The Egyptian Princess: A Story of Hagar is fiction, but the historical details in my world-building are as accurate as possible. I created an ancient Egyptian harem and placed Sarah and Hagar together. I added plagues and other information from Hebrew history and imagined a twist-and-turned, life and death scenario where a princess of Egypt ended up in the first Hebrew tribe.

Book two in The Women of Valor series, More Than a Handmaid—which releases March 22. 2023 —picks up where this one leaves off. We follow Hagar as she navigates life as a handmaid and steps into the world alone, holding firm to her faith and hope in the Lord.

Tiger Nut Sweets are a favorite treat of one of my supporting characters. Foodies out there; this is one of the oldest recipes in the world and was found on a piece of ancient Egyptian pottery dating to 1600 BC. The tuberous root of the yellow nutsedge (also known as tiger nut) was used in the original recipe.

1 tablespoon cinnamon (or to taste)

Grind the dates with a splash of water to form a rough paste. Use a food processor. The Ancient Egyptians would have used one if they had it!

Place the honey and almond meal in a shallow bowl.

For Him and My Family, June 11

Through the Fire Blogs, June 14

For the Love of Books, June 15 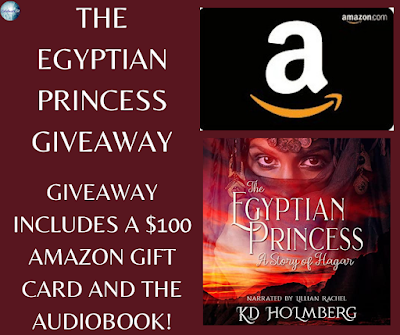 To celebrate her tour, KD is giving away the grand prize package of a $100 Amazon gift card and an audiobook!!

The Egyptian Princess: A Story of Hagar is a captivating read. K D Holmberg has proven her talent in bringing this Biblical figure to life. I was intrigued right from the start and found myself wanting to refresh myself on what the Biblical story said about her. I loved how vivid the historical details made me feel as though I was right there being part of her story. I loved every single page.

The Egyptian Princess: A Story of Hagar will be getting a very well deserved five plus stars from me. I highly recommend it for readers who enjoy Biblical fiction. I would love to read more like this by K D Holmberg in the future.

I received a paperback copy of The Egyptian Princess: A Story of Hagar from the publisher, but was not required to write a positive review. This review is one hundred percent my own honest opinion.