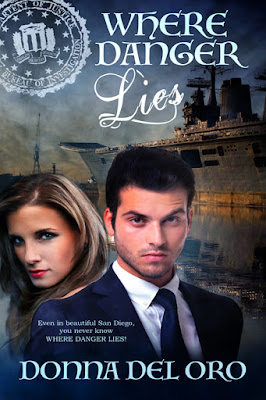 Based on actual circumstances, two cases prove that truth is indeed stranger than fiction as FBI Special agent, Jake Bernstein, is pulled into two apparently unrelated cases while on medical leave in San Diego.  A female officer assigned to Naval Base Coronado is killed and a Muslim woman is viciously beaten and left for dead. Jake knows about seeking truth and justice amid lies and deception. He suspects something else is at work, two very different evils overlapping as two different worlds violently collide.


Meg Larsen has come to terms with Jake’s role in her beloved grandmother’s death, accepts that he has a dangerous job, and is proud of his role in thwarting terrorists who threatened countless lives. She’s willing to aid him in his investigations but not so accepting of his refusal to commit to her and give her a reason to alter her career plans.


Even as Jake arrives at a crossroads in his relationship with Meg, he must stay alert and strive to keep both of them safe.  Although San Diego is sunny and picture-perfect, you never know...WHERE DANGER LIES.
~~~~~~~~~~~~~


“Murder. One of the officers on my ship. I think an objective look is needed.”


“What happened to him?”


“Her. Lieutenant Samantha Carlton was found dead in the trunk of her car three days ago. The preliminary tox screen showed nothing, but the lab did an advanced analysis. She’d been poisoned with ketamine. Made her heart stop. She was forty-one and in excellent physical condition. Also, someone crushed her larynx and windpipe.”


“Sounds like a case of overkill.” Jake rubbed the underside of his chin from force of habit. Intriguing case but he really didn’t want to get involved. "Perhaps premeditated, but made to look like a crime of passion or rage? That’d be my off-the-cuff assessment.”


"Good, now we’re getting somewhere,” Rear Admiral Snider said. “The local cops are pushing the NCI team in one direction. Their theory doesn’t hold water, that it was a hate crime. Lieutenant Carlton was gay, but more importantly, she had access to classified guided missile codes.”


"Understood," Jake said, shaking his head. National security was at issue here. Even unofficially, he was already involved. 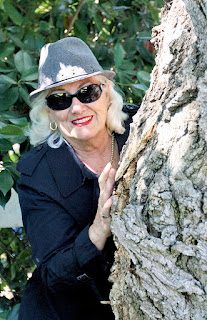 Donna Del Oro's dream since childhood (when she used to create her own comic books and share them with her friends) has been to write fiction. Escaping the humdrum of ordinary life always seemed to her an ideal form of self-entertainment. Better than TV and even better than some books! As soon as she retired from high school teaching (which was a suspenseful adventure in itself), Donna turned to fiction writing. Becoming a member of the RWA and Sisters in Crime has helped her to learn the craft and focus on what she needed to do to get published.


Besides writing Chica Lit, she writes romantic suspense and thrillers. Her two latest SMART ROMANTIC THRILLERS are: A BODYGUARD OF LIES, LIES IN WAIT (Book Two) and a paranormal thriller, THE DELPHI BLOODLINE. A BODYGUARD OF LIES takes place in present-day England, Ireland and Germany with echoes back to WW II. A Jewish-American FBI agent, who's fluent in German, goes undercover to investigate an elderly, naturalized American grandmother, suspected of being a Nazi spy and war criminal. LIES IN WAIT follows FBI agent, Jake Bernstein (now a member of a CounterTerrorism Task Force), to Silicon Valley. Working undercover as a Muslim biotech scientist, he is recruited to join a sleeper cell intent on terrorist activities. All three of her published thrillers remain on Musa Publishing's mystery imprint's Top Twenty Bestselling books.

Donna Del Oroi will be awarding two autographed print copies (US ONLY) to a randomly drawn winner via rafflecopter during the tour.

Make sure you follow the other stops of the tour.
The more you comment the more chances of winning!

Where Danger Lives is the third installment from The Jake Bernstein FBI series. It is the first book from Donna Del Oro I have read. I found it to be a good read. I enjoyed the characters Meg and Jake together. They were so much fun. I look forward to going back to see what happened in the first two books in the series and hope there will be a book four in the future.I think Where Danger Lives is worth a read and I recommend it.