Blog Tour with Giveaway: The Line of His People by CJ Adrien 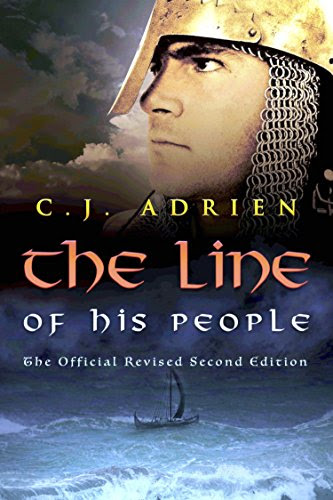 The Line of His People by C.J. Adrien

France, 799 A.D. The Northmen sacked the monastery at dawn, before anyone had awakened. They burned the village and slaughtered all who stood in their path. The relics of Saint Philbert were lost, and the island was abandoned by those who once dwelled there. Years later, the monk Abriel - survivor of the same attack as a young boy - is sent to recover the relics to help restore the reputation and legitimacy of Saint Philbert. What he discovers on his journey changes his life forever. Northmen had colonized the island in the absence of the monks. They hold the key to finding the relics, but they have greater plans for Abriel, plans that will take him to the North to find his destiny.

"Adrien's novel is a well thought out, deeply researched narrative that marries history with young adult fiction. In a time where females are popular among the young adult sector, this male focused novel is a welcome reprieve and appeals to a need for an action packed novel." - Portland Book Review
"A well-written tale with vividly imagined characters." - Trevor Schmidt, author of The Corsair Uprising series. 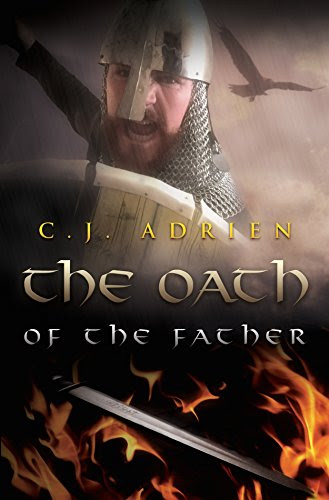 The Oath of the Father by C.J. Adrien

Coast of Brittany, 822 A.D. King Abriel Haraldsson is a man on the run. Injured in combat, his warriors take him to a nearby monastery to find a healer. The monks accept to care for him, but fake his death and steal him away to a distant island to be reconverted to their faith. Believing the king of Herius to be dead, suitors from the north descend upon the island kingdom with the intent to marry Queen Kenna to usurp her husband's lands and wealth. Most terrifying among them is the fierce warlord Turgeis -- known for his prowess in battle and lust for blood -- who sets his sights upon the queen. When a messenger from afar returns with news that Abriel survived his injuries, Turgeis sets sail to ensure the king will never return. Thus began the hunt. 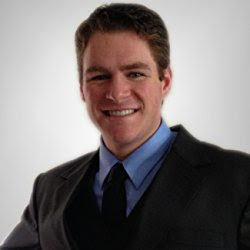 C.J. Adrien is a French-American author of Viking historical fiction with a passion for Viking history. His Kindred of the Sea series was inspired by research conducted in preparation for a doctoral program in early medieval history as well as his admiration for historical fiction writers such as Bernard Cornwell and Ken Follett. C.J. Adrien’s novels and expertise have earned him invitations to speak at several international events, including the International Medieval Congress at the University of Leeds. For more information, please visit C.J. Adrien's website and blog. You can also find him on Facebook, Twitter, Instagram, and Goodreads.

During the Blog Tour we will be giving away a set of The Line of His People & The Oath of the Father! To enter, please enter via the Gleam form below. Giveaway Rules – Giveaway ends at 11:59pm EST on March 13th. You must be 18 or older to enter. – Giveaway is open to US residents only. – Only one entry per household. – All giveaway entrants agree to be honest and not cheat the systems; any suspect of fraud is decided upon by blog/site owner and the sponsor, and entrants may be disqualified at our discretion. – Winner has 48 hours to claim prize or new winner is chosen. C.J. Adrien Blog Tour

My Review:
The Line of His People is an awesome read. I have recently started getting into the Vikings era and was excited when I was given the opportunity to read this book. It did not disappoint. The author crafted such a vivid story, I felt like I was right there back in time.

How great to find out that The Line of His People is part one of a series called Kindred of the Sea. I cannot wait to read the next installment.

5 plus stars.
I was gifted a copy of the book from the author but was not required to write a positive review. This review is 100% my own honest opinion.