Blog Tour and Giveaway: Meet the Misfits / Odd Girl Out by Melody Carlson 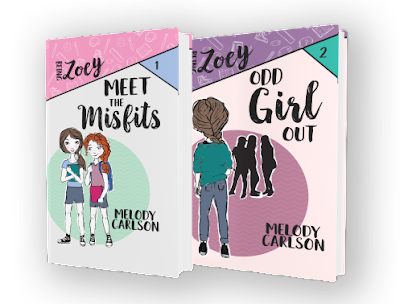 Zoey’s pretty sure her life is over when her wannaba-rockstar mother uproots her from from their home in Seattle and deposits her in Nowheresville, Oregon to live with her whackadoodle grandparents. Things start to look up, though, when she reconnects with Louisa, the girl from across the street. Maybe, just maybe, Louisa won’t mind that Zoey’s always been a bit of a misfit. Louisa’s ex-BFF, however, doesn’t seem too happy to welcome Zoey to the neighborhood. And when they all end up at church camp together, it’s not just a matter of whether or not Zoey can fit in…it becomes a firsthand lesson in what it really means to “love your enemy.”

When the school year begins, Zoey’s terrified to go without Louisa—who’s out with a nasty flu. The same enemies she made over the summer are there to haunt her, but she and another new girl stick together…and even seem to find a place among the in-crowd. But is this who Zoey wants to be? Are they really her friends? Who’s going to stick beside her when cyber bullying leaves her as the odd girl out? 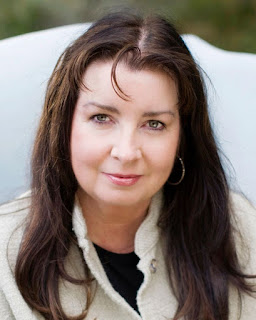 Melody Carlson has written more than 200 books for teens, women, and children. That’s a lot of books, but mostly she considers herself a “storyteller.” Her young adult novels appeal to teenage girls around the world. Her annual Christmas novellas become more popular each year. She’s won a number of awards (including RT’s Career Achievement Award, the Rita and the Gold Medallion) and some of her books have been optioned for film/TV. Carlson has two grown sons and makes her home in the Pacific Northwest with her husband and yellow Lab dog.

Being a tween these days is more complicated than ever. With our culture’s fast pace, social networking, peer pressure . . . growing up is hard to do. So I wanted to create a relatable character with some tough challenges. And Zoey Petrizzo definitely gets more than her fair share. About to start middle-school, Zoey is forced to relocate her life with her less than conventional grandparents. And it’s not easy! My hope is that readers will either relate to Zoey, or develop more empathy for ‘misfit’ kids like her.


Through the Fire Blogs, September 4


For the Love of Books , September 8 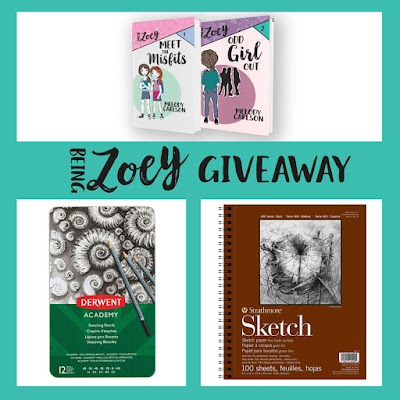 To celebrate her tour, Melody is giving away a grand prize package of Meet the Misfits and Odd Girl Out, Sketching Pencils, and a Sketchbook!!
Be sure to comment on the blog stops for nine extra entries into the giveaway! Click the link below to enter. https://promosimple.com/ps/e809/meet-the-misfits-odd-girl-out-celebration-tour-giveaway

Meet the Misfits begins the Melody Carlson series, Being Zoey. It tells the about a young girl moving from a big city, Seattle, Washington to the middle of Nowheresville, Oregon to live with her crazy grandparents. As she tries to find a why to live in this town, she starts to hang out with her neighbor, Louisa. This brings out some jealousy from some of the other girls in town. Will Zoey be able to fit in her new home?

I enjoyed Meet the Misfits. I thought Miss Carlson did a great job portraying young girls. Even though I was not the target audience for this book, I thought it was a very good read. It is fun and has some great lessons for all ages to learn.

I am giving Meet the Misfits five plus stars. I have already highly recommended this book to others and have passed my copy on to another young reader.


Zoey’s story continues in the second installment from Melody Carlson’s Being Zoey series, Odd Girl Out. Zoey starts her middle school year at a new school and without her very best friend, Louisa. As she tries to make new friends, she meets another new girl in school Taylor. Zoey begins to struggle how to fit in, have friends and still stay true to herself.

I enjoyed getting to know Zoey in the first book of the series, Meet the Misfits, and Odd Girl Out does not disappoint. Zoey has to learn what is important in life, who to trust, and how to deal with some difficult situations.

I am giving Odd Girl Out a well deserved five plus stars. I highly recommend it. I hope Miss Carlson will be releasing more Being Zoey books in the near future. They are good influential reads that many young readers can relate to.