Blog Tour and Giveaway: Redlined: A Novel of Boston by Richard W Wise 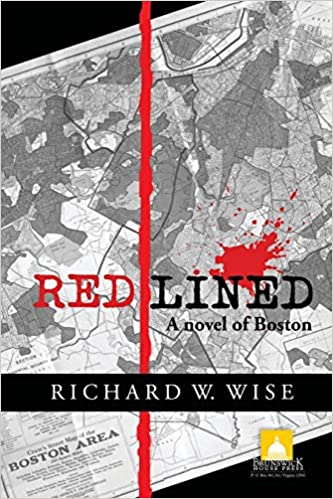 The year is 1974. Boston's Jamaica Plain is a neighborhood under siege, a community skating along the razor's edge of decline. The banks have REDLINED Jamaica Plain, causing the housing market to crash, wiping out local homeowner's lifetime investments and opening the neighborhood to blockbusters and slumlords. Now, someone has begun systematically torching those abandoned buildings and the charred body of Sandy Morgan, a dedicated young neighborhood organizer, has been found among the ashes. Why? Who stands to gain?

Community organizer and Marine combat veteran, Jedidiah Flynt and Alex Jordan, his beautiful Harvard educated researcher together with a group of local property owners are determined to stop the redlining and and bring the arsonists responsible for Sandy Morgan's death to justice. Their search will lead them through a labyrinth of corrupt politicians, Asian gangsters and bent churchmen.

Two interwoven plots work their way through the narrative, one is absolutely true, the other never happened, but very well might have. 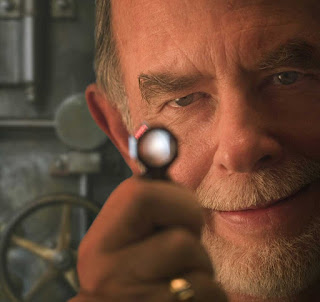 ​Richard Wise is the author of three books. His latest novel, REDLINED, A NOVEL OF BOSTON, was nominated for the National Book Award and the Benjamin Franklin Award in fiction. His first book: SECRETS OF THE GEM TRADE, THE CONNOISSEUR'S GUIDE TO PRECIOUS GEMSTONES was serialized in two magazines and became a critically acclaimed best seller.

Wise has enjoyed a diverse career. He is a veteran of the U. S. Coast Guard. After receiving his B.A., teaching and doing graduate work at the University of Rhode Island, he spent most of the decade of the 70s as a professional community organizer, heading organizing projects in Massachusetts and Rhode island. In the late 1970s he left organizing to pursue other interests. He apprenticed as a goldsmith, studied gemology at the Gemological Institute of American and received his Graduate Gemologist diploma in 1985. He founded his retail company R. W. Wise, Goldsmiths, Inc. in the early 1980s and began traveling internationally, buying gems and writing about them in 1986. In 2012 he retired from business to pursue his writing. He lives with his wife and two cats in Charlottesville, Virginia.
​
connect with the author: website ~ facebook  ~ bookbub ~ goodreads

My Review:
Redlined: A novel of Boston is a fabulous read. It is, also, my first introduction of reading a book by
Richard W. Wise. It definitely will not be the last. This book is one of those thrillers that will keep a reader captivated from start to finish. I enjoyed getting on this roller coaster of twists and turns. The story is full of action, mystery and suspense that kept me on the edge of my seat. I could not put it down until I was reading the very last page hours later.
Redlined: A novel of Boston takes readers back in time to the 1974 Jamaica Plain neighborhood of Boston. Richard W. Wise’s talent really shines through by telling this story. It is quite compelling to read. I enjoyed the main characters, Jedediah and Alex. They are a great team working together trying to solve as what is going on.  I was not easily able to predict what would happen next. It is so so good.
I thought Redlined: A novel of Boston was a great read. I am giving it a very well deserved five plus stars. I highly recommend it for readers who enjoy a good suspense filled novel. I would love to read more by Richard W. Wise in the future. I am interested to find out where his imagination will take his readers to.
I received a copy of Redlined: A novel of Boston from the publisher. This review is one hundred percent my own honest opinion.
Posted by Amybooksy at 1:00 AM