Review Tour and Giveaway: Island on Fire by Sophie Schiller

Island on Fire
by Sophie Schiller 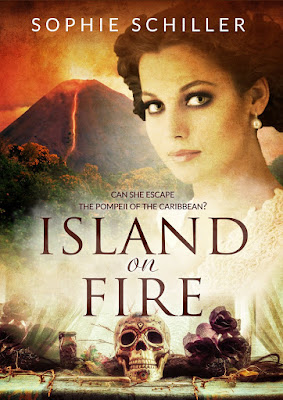 In the lush, tropical world of Martinique where slavery is a distant memory and voodoo holds sway, Emilie Dujon discovers that her fiancé, a rich sugar planter, has been unfaithful. Desperate to leave him, she elicits the aid of a voodoo witch doctor and is lured into a shadowy world of black magic and extortion. When the volcano known as Mount Pelée begins to rumble and spew ash, she joins a scientific committee sent to investigate the crater. During the journey she meets Lt. Denis Rémy, an army officer with a mysterious past.

At the summit, the explorers discover that a second crater has formed and the volcano appears to be on the verge of eruption. But when they try to warn the governor, he orders them to bury the evidence for fear of upsetting the upcoming election. As the pressure builds, a deadly mudslide inundates Emilie’s plantation and she disappears. With ash and cinders raining down, chaos ensues. Left with no choice, Lt. Rémy deserts his post and sets off on a desperate quest to rescue Emilie. But with all roads blocked, can they escape the doomed city of St. Pierre before it’s too late?

Emilie’s muslin dress was soaked with sweat. Heat and humidity hung in the air like a wet blanket. She glanced over at Lucien, but he was staring at the smoldering volcano with a mixture of fear and awe. Dear God, she prayed, please don’t let me die together with Lucien. Not here, not now. Shutters flew open as fearful residents peered out into the darkness. A few horses broke free of their reins and were galloping down the street, chased by their furious owners. How quickly panic took over the frightened residents. Emilie pushed open the carriage door and scrambled outside. Lucien and Violette joined her, and they stood by the side of the road, watching the scene unfold before them like spectators to a disaster. To their horror, ash and volcanic dust rained down on their heads while the ground continued to shake.

Emilie’s heart raced and she felt as if she was having a nightmare. Boom! An explosion like cannon fire rocked the carriage. In the distance, the mountain appeared to be glowing. The blast was followed by a loud rumbling noise and tremors that shook the earth. Her first thought was that the world was coming to an end. 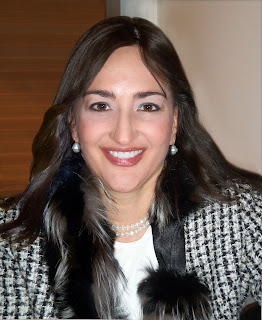 Sophie Schiller was born in Paterson, NJ and grew up in the West Indies. She loves stories that carry the reader back in time to exotic and far-flung locations. Kirkus Reviews called her "an accomplished thriller and historical adventure writer”. Her latest novel is Island on Fire, a thriller about the worst volcanic disaster of the 20th century, the Pompeii of the Caribbean. She was educated at American University, Washington, DC and lives in Brooklyn, NY

Sophie Schiller will be awarding a travel size Exotic French noix de coco perfume and shower gel (US only) to a randomly drawn winner via rafflecopter during the tour.
a Rafflecopter giveaway

Island on Fire is a fascinating story. It combines love, action, horror, survival, suspense and history. With the eruption of the volcano, I had to find out what would happen next with the main characters. I stayed on the edge of my seat until the end. I had no way of predicting the following pages. I had to keep reading on!

I recommend Island on Fire for those who love historical fiction based on real event. I give four stars.

I received this book from the author. This review is 100% my own honest opinion