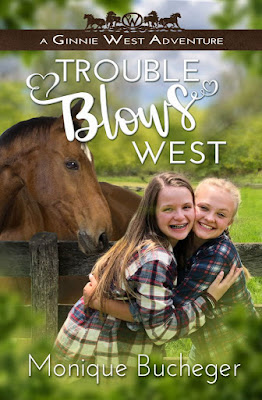 Putting her body in motion before her brain is in gear creates a mountain of problems for 12 year-old Ginnie West. She is certain that defending her twin brother, Toran, from the biggest bully in sixth grade was the right thing to do. But Ginnie couldn’t be more wrong. She quickly learns that Toran doesn’t appreciate being rescued by a girl any better than Pierce likes being knocked down by one.

When Pierce seeks revenge on Ginnie, Toran sets aside his anger and helps her plot a payback prank at Pierce’s house. Sadly, Ginnie learns that Pierce has a reason for being a bully when she sees his dad drop him to the floor like a ragdoll. Realizing he’s a boy in big trouble, Ginnie decides to be his ally, because he won’t let her be his friend. 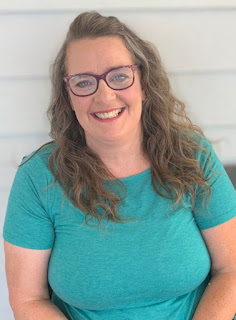 When Monique isn’t writing, you can find her playing taxi driver to one or more of her 12 children, plotting her next novel, scrapbooking, or being the “Mamarazzi” at any number of child-oriented events.

Even though she realizes there will never be enough hours in any given day, Monique tries very hard to enjoy the journey that is her life. She shares it with a terrific husband, her dozen children, twelve grand-darlings, too many cats, and many real and imaginary friends. She is the author of several books in three series and hopes to write many more.

I’d like to welcome you to the second book in my Ginnie West Adventure Series: Trouble Blows West. The journey to writing this book started a long time ago as a promise to my high school creative writing teacher, Mrs. Marion Joyce Johnson.

It took me longer than I planned to start the series, but has been a fun adventure.

Because Mrs. Johnson was such an inspiration to me, I made her a character in this book, Trouble Blows West to help my main character, Ginnie, nicknamed, “Trouble”, who gets into quite a pickle and needs a little help turning things around.

On page 2, Ginnie gets on the wrong side of the biggest bully in 6th grade. Pierce Owens goes after Ginnie’s twin brother, Toran. Ginnie knocks Pierce on his rear in front of the entire cafeteria—causing a big problem for Ginnie, Toran, and Pierce.

The bigger problem though, is the reader finds out fairly quickly that Pierce is being abused at home. Ginnie and Toran don’t find out right away—but when they do, they decide to be Pierce’s ally—because Pierce won’t let them be his friend.

My real-life teacher, Mrs. Johnson, used to speak with a cockney accent on occasion. She is American born, but was stationed in the United Kingdom with her husband and two sons, one of which is Astronaut, Col. (Retired USAF) Gregory H. Johnson, who piloted the Space Shuttle Endeavor twice.

I reached out to Greg earlier this year and he graciously met me on a zoom and has called and texted with me as I have revamped Trouble Blows West, into an audiobook with my very talented narrator, Hillary Straga. We decided to have Mrs. Johnson, the character, voiced with a cockney accent to make her “pop.”

Greg, his brother, Gary, and I talked on a number of occasions as I edited this book  to make the character, Mrs. Johnson, an even more authentic representation of their mother. Part of that story is told in my expanded dedication of the book to Mrs. Johnson as well as in Col. Greg Johnson’s Foreword at the beginning of the book.

Trouble Blows West explores the hard reality of child abuse in an age appropriate way. Several teachers have read this book with their classrooms and shared with me that they have had great conversations on all aspects of bullying and being bullied, as well as what to do if you suspect someone is being abused.

As a former foster mom of over 100 kids, part of the reason I write the Ginnie West series is to empower kids being abused as well as encourage kids and adults alike to know they have the power to change their own stars.

My hope is that the story presented in Trouble Blows West will spark the courage some need to let their voice be heard, to make a difference in their own life, or in the life of someone who needs some help.

And believe it or not, kindness and humor are powerful tools that make life worth living. If you have to choose between being kind or being right, choose kindness.

Laugh lots, love much, write on!

For Him and My Family, November 25

Through the Fire Blogs, November 27

Because I said so — and other adventures in Parenting, December 1 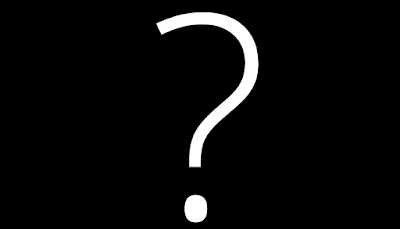 To celebrate her tour, Monique is giving away the grand prize of a $50 Amazon Apple, Barnes & Noble, Google Play, or Kobo gift card!!

I have had the pleasure of reading and enjoying the start of the Ginnie West Adventures series by Monique Bucheger, The Secret Sisters Club. So, I had no problem at jumping at the opportunity to reading book two, Trouble Blows West. I was not disappointed. I loved catching up with young Ginnie. She is such an inspiration and a good role model for young readers, including my daughter. I liked the lessons taught within the pages. So many, young and old, could learn from.

I am giving Trouble Blows West a very well deserved five plus stars. I am looking forward to the third addition from the Ginnie West Adventures series, Simply West of Heaven, to find out what happens next. I highly recommend this book and series for pre to early teens.

I received Trouble Blows West from the publisher. This review is one hundred percent my own honest opinion.