Blurb Blitz and Giveaway: The Calla'cara Gambit by Rob Bartlett

This post is part of a virtual book tour organized by Goddess Fish Promotions. Rob Bartlett will be awarding a $20 Amazon or Barnes and Noble GC to a randomly drawn winner via rafflecopter during the tour. Click on the tour banner to see the other stops on the tour. 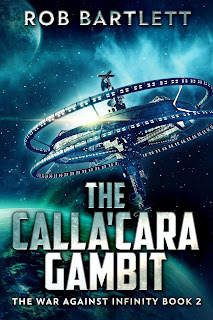 I used to be an itinerant Star Ship Captain. Then the Sentient Ships blackmailed me into helping them Emancipate from the Mercantile Empire in return for keeping the intelligence level of my personal AI a secret.

I'm taking on bankers, lawyers and accountants, oh my! And a couple of serial killers, just to keep it spicy.

I've got a plan, a crew and a deadline. Now I just need precise execution, a little luck and a whole lot of moxy to pull this off!

Boris was now close to the front of the line. He took a deep breath to calm himself. He was totally isolated from the team. With the destruction of the communicator, he had no way to confirm if he should continue with the filing. If he guessed wrong and made a duplicate filing, he'd instigate an Imperial Hold on Studly's Case and everything would be lost.

Up on the screen, the picture had suddenly switched to another very chaotic scene. Boris was stunned as he watched Jesse being led away in handcuffs by Imperial Police. She'd been arrested at another Imperial Court Filing Center, one that was closer to Dennet Prime. In addition to multiple filings, Otto had planned for multiple filing locations to increase the favorable odds as much as possible.

But had she succeeded in making the Filing? Boris couldn't tell from the view on the screen. One of the policemen marching behind Jesse had the Dennet Prime courier bag slung over his shoulder. It was impossible to tell if the bag was filled or empty. It was designed to maintain its shape regardless of the contents; another security precaution to prevent casual observers being able to discern if the bag actually had anything inside.

Boris was torn by indecision. All the remaining members of the team had been neutralized. He was the only one left. Should he go through with the filing? Had Jesse been successful? They'd shown her being arrested in the Filing Center but was it before or after?

He was agonizing over the decision, when he realized he'd reached the front of the line. He was next! This was it! 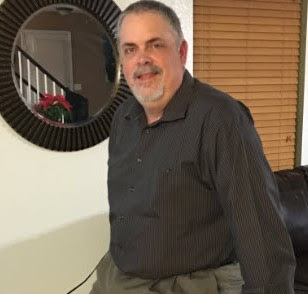 Rob has been captivated by science fiction and fantasy since he discovered The Hobbit in 3rd grade. Since then, he's been an avid consumer of all genres of fiction (and some non-fiction). When he's not inhaling new stories or writing his own, he studies Jeff Speakman's Kenpo 5.0-V2, in which he proudly holds a Black Belt. Why does he prefer writing science fiction? As Rob says, "Where else can you land a space ship on the lawn of the White House?".