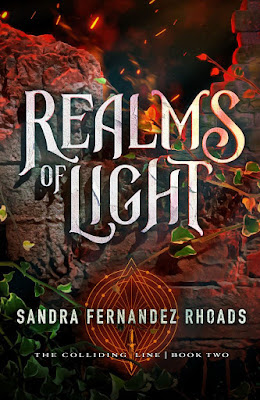 From the Ashes, Spring Will Rise

On the run from the brutal Sage and his army of Legions and Cormorants, seventeen-year-old Cera Marlowe knows the only place strong enough to protect her is the Alliance Council Estate.

Cera’s introduction to the Estate is far from welcoming. As a Blight, her dueling powers of light and darkness make her a half-breed threat to the Alliance’s sacred powers. Cera’s ability to decipher hidden messages in classical artwork buys her shelter temporarily, but the clock is ticking as she’s faced with a daunting choice that could cost her everything. 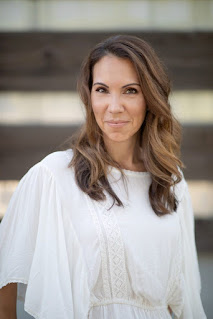 Sandra Fernandez Rhoads is the author of Mortal Sight. She is a Cuban-Colombian living in Dallas, Texas with her husband and four children. She has a deep love for the artist community, and is an active part of Art House Dallas and the Fort Worth Writer’s group. She holds an M.A. in English with a focus on John Milton and has an insatiable love for coffee, laughter, and adventure. And dinosaurs.

What if there was an unseen war affecting our everyday world, but only a few could see the battle? And what if the secrets to this other realm and winning the war were embedded in classical art and literature?

These questions led me to the ideas that formed the Colliding Line duology, and final installment in the series, Realms of Light—the story about a select group of emerging artists called the Awakened that are given unique powers to help combat the forces of evil.

The protagonist, a young girl named Cera Marlowe, quickly took the lead in the first draft of the story. On a quest for her identity, she steps into her destiny by joining a community of unlikely warriors who would need to overcome great odds, learn to work together, and battle their past in order to defeat the enemy.

The story took more than five years to write and the first draft was over 180k words. The use of classical art emerged slowly over that time. But the verses from John Milton’s Paradise Lost fit seamlessly from the start, paralleling the fight for truth, identity, and war in our fallen world.

At its core, the story is about embracing the past to help shape our future. My hope is that readers see classical art and literature in a new way, and find their own creativity as a much-needed gift to the world.

Inklings and notions, May 1

Woven by Words, May 1

Because I said so — and other adventures in Parenting, May 3

For the Love of Literature, May 4

For Him and My Family, May 5

Through the Fire Blogs, May 7

Locks, Hooks and Books, May 9

Blogging With Carol, May 10

A Modern Day Fairy Tale, May 11

Musings of a Sassy Bookish Mama, May 12 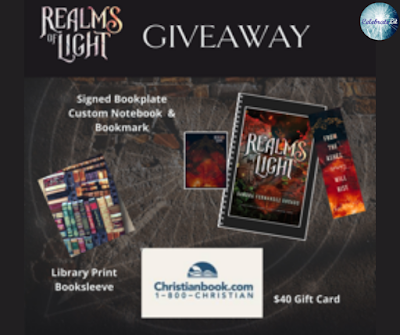 Realms of Light is the second book from The Colliding Line series, as well as, my first introduction to the talents of Sandra Fernandez Rhoads. Since I have not read book one of the series, Mortal Sight, I believe it would be best to start with it first. This will help avoid some confusion to earlier events. I was a little lost in the beginning of reading this one but once I was able to catch on to what I had missed, I was hooked. I thought it was pretty good.

I will be giving Realms of Light four stars. I would love to read the other books from The Colliding Line series so I can catch up as to wat happened previously. I recommend it for readers who enjoy reading clean fantasy.

I received a digital copy of Realms of Light from the publisher. This review is one hundred percent my own honest opinion.

Posted by Amybooksy at 1:09 AM