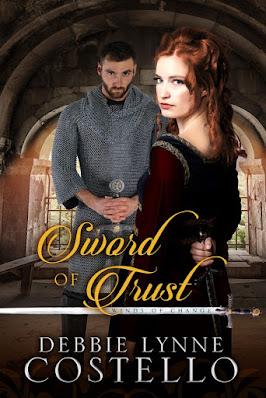 Deirdre Mackenzie has spent her life hiding from her father and hating the English. However, when she is caught stealing from an English laird, his unexpected kindness begins to melt away her hatred and strums lonely heartstrings longing for love.  Bryce Warwick can’t believe the boy his men caught is actually a young woman. After several attempts to lure the truth from her, he determines she is as deceitful as his late fiancée who nearly cost him his life. But the woman is the least of his worries with the turbulence brought on by threats of another border war and by King Richard’s distrust of the nobles. With the boundary in unrest, Bryce entertains a Scottish chieftain unaware it is Deirdre’s father, seeking peace for his people. Fearful that her father will discover she is alive, Deirdre steals Bryce’s signet ring, hoping a missive from the laird will keep her father away. But when the ring is used instead for treason, she realizes too late she’s been betrayed and Bryce will hang for the crime. With old wounds that need to heal and adversaries who could end their chances at true love, both must learn to trust in a way they never knew possible. 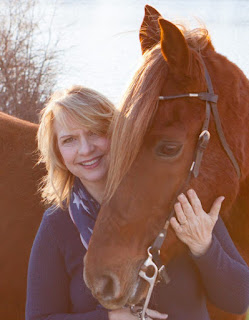 Debbie Lynne Costello is the author of Sword of Forgiveness, Amazon’s #1 seller for Historical Christian Romance. She has enjoyed writing stories since she was eight years old. She raised her family and then embarked on her own career of writing the stories that had been begging to be told. She and her husband have four children and live in upstate South Carolina with their 4 horses, 3 dogs, a miniature donkey, and 6 peking ducks.

It is my desire as an author to draw my readers into my story so they feel invested in the hero and heroine and part of their journey, whether it is set in 19th Century Charleston, South Carolina or 14th Century Northumberland, England. One of the ways I love to do this is with professions, hobbies, and cooking. In Sword of Trust my heroine, Deirdre has become quite proficient with a bow and arrow. She’s had plenty of practice and is driven to be the best, perhaps to prove to herself because she is a lass in lad’s clothing. The long bow was a popular weapon in the Middle Ages and was used in battle in The Hundred Years’ War. But the bow was not just a weapon of war, the bow was also a weapon for food. And Deirdre loves to hunt with a flat bow. In her excitement she runs into a wee bit of trouble with the king. Some trivia for you: Because of its elasticity, the yew tree was used in making the long bow. Even after fire arms were introduced the long bow continued to be used for battles. And due to its popularity, by the end of the sixteenth century, mature yew trees were nearly extinct in Northern Europe.

Unfortunately, I can’t really give you instructions on bow making or lessons on how to shoot accurately. Instead, I’m going to share a recipe for the medieval treat, gyngerbrede. In Sword of Trust, Bryce gets his cook to make gyngerbrede. He fills a bag with them and takes them north to the Scottish borderland to hand out to the children. Sweets have been loved for thousands of years. Today we know that sugar is bad for us. Regardless of that, we still crave the empty calories. Some things never change. Here is a wee bit of fun trivia for you. During the first century in some countries, sugar was only used for medicinal purposes and thought to heal many ailments.

In a medium to large pan, bring your honey to a boil and simmer for 10 minutes. Remove the foam that collects on the top and sides. Add your cinnamon, ginger, and pepper. Stir well. When your spices are mixed in the honey begin adding your bread crumbs one cup at a time. Mix well and then knead it thoroughly. You can divide your dough up into quarters to make it easier to work with and roll out. Cut them into 1” squares. Dust the squares with a mixture of one part cinnamon and two parts sandalwood.

For Him and My Family, April 30

Locks, Hooks and Books, May 1

Truth and Grace Homeschool Academy, May 3

The Book Chic Blog, May 3

Pause for Tales, May 4

Happily Managing a Household of Boys, May 5

Little Homeschool on the Prairie, May 6 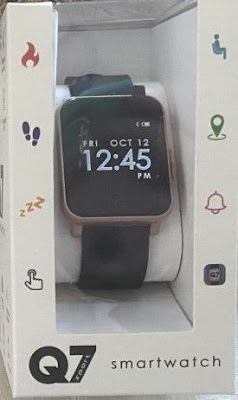 To celebrate her tour, Debbie is giving away the grand prize of a smart watch!!

Sword of Trust is the second installment from Debbie Lynne Costello’s Winds of Change series. I adored the first book, Sword of Forgiveness, and this one does not disappoint. Even it is part of a series, it can still be read as a stand alone. Though I would not want to miss out on either one. In this addition, I loved getting to know Deirdre and the chemistry between her and Bryce was perfect. I did not want to put the book down. There was a lot of action, adventure, twists, turns and sweet romance. I loved every single page.

I am giving Sword of Trust a very well deserved five plus stars. I highly recommend it for readers who enjoy reading clean historical romance. I am hoping there will be another addition to the Winds of Change series in the future.

I received a paperback copy of Sword of Trust from the publisher. This review is one hundred percent my own honest opinion.