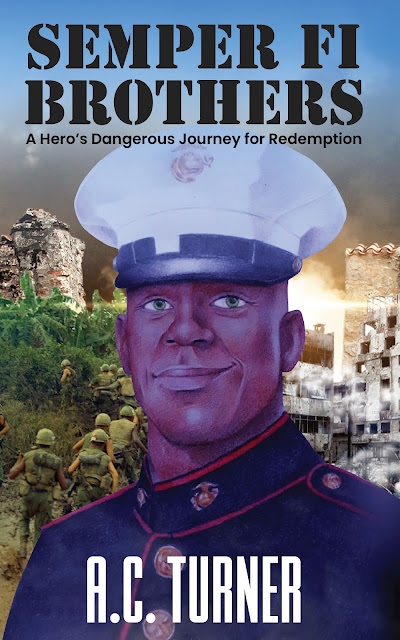 Yarmuck, Syria is under attack. ISIS goons under the command of ruthless Commander Abu, have infiltrated the village and are determined to purge it of its Yazidi heritage... by any means necessary.

Meanwhile, half a world away in California, tormented Shamus "Gunny" O'Malley-retired Marine and Vietnam Vet who's done nothing but drink his way through civilian life as a TV personality and bar owner-learns his young Yazidi bartender, Quassam, fears for the lives of the family left behind in Yarmuck.

When Quassam, "Q" to his friends, announces his plan to save his mother and sister from the ISIS goons, Gunny's hapless best friend (and best customer), Buzz, decides he's going to aid young Q on his journey, and does everything he can to convince Gunny to come along for the ride.

​With time running out and ISIS tightening its grip, Gunny has a decision to make. As the son of a white father and black mother, O'Malley knows from his time in the Marines that race can never break the bonds between semper fi brothers. Will he stay brash and boozy in sunny California, or will he take a leap of faith and journey to hellish, war-torn Syria to help his brothers and slay his-and Yarmuck's-demons? 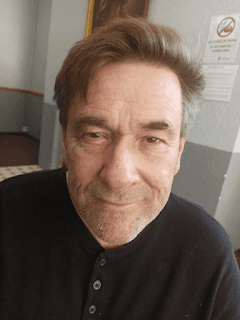 A. C. Turner's writing career began in the 1980s with a focus on screenplays. In that time, and with the help of his agent, Anne Getty, he was able to option two of them, Shoplift and Hercules Down and Out, to major film companies. Unfortunately, neither went into production, but that didn't stop the Los Angeles Times from featuring him on the front page of their Sunday edition on up-and-coming writers in Los Angeles. He then moved on to write two plays, Chickenscratch and Down and Out in Sioux Falls, which were produced at the Hayworth Theatre in Los Angeles. He achieved all of this while raising three kids and coaching high school and junior college football, predominantly in inner-city Los Angeles. After taking twenty years off from writing, he got the itch back in his mid-fifties. He wrote Semper Fi Brothers as a screenplay and entered it in Final Draft's screenwriting contest, where it placed third out of nine thousand. The story was inspired by the military exploits of his career-soldier dad and his three overseas tours in World War II, Korea, and Vietnam as well as his Army daughter's four tours, including one in Afghanistan. The script was given to a large production company again, which was exciting at first, but when Covid-19 hit and the script found itself on the back burner, he decided to run with it and turn it into a novel, feeling the story was too inspirational not to be told.

My Review:
Semper Fi Brothers is my first introduction to the talents of A C Turner. I enjoyed getting to know the characters of Shamus (“Gunny”), Buzz, and Quassam (“Q”). I love the brotherhood between the three. There is a lot going on, such as, danger, adventure, and action. There is suspense that helped me keep reading. Not only do they find themselves in battle, they, also, have their own demons and battles. I believe they are believable and relatable characters. Even though the plot could be intense at times, there was still some light humor. The author did an excellent job using vivid details of the war torn Syria. I was entertained with reading this book from start to finish. It is not a long book to read and I had no problem having it read in one sitting. It was a great way spending a rainy afternoon.
I am giving Semper Fi Brothers four a half stars. I believe readers who enjoy reading military fiction, current wars fiction, books on brotherhood or strong friendships, will want to grab this one up and give it a try. It is definitely worth a read and I know many will feel a connection with the characters. I would be interested in reading more books by A C Turner in the future.
I received a paperback copy of Semper Fi Brothers from the publisher, but was not required to write a positive review. This review is one hundred percent my own honest opinion.
Posted by Amybooksy at 2:00 AM