I am thrilled to be hosting a spot on the CHUPACARTER by George Lopez & Ryan Calejo Blog Tour hosted by Rockstar Book Tours. Check out my post and make sure to enter the giveaway! 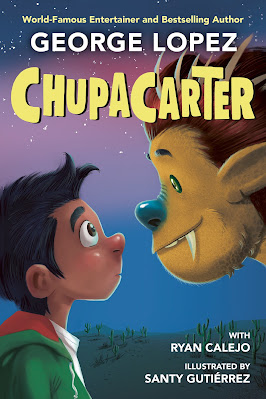 In this illustrated contemporary fantasy, twelve-year-old Jorge is lonely and resentful after being sent to live with his grandparents. His first day at his new school doesn’t go well after catching the attention of his belligerent principal and the school bullies, so Jorge might be a little desperate for a friend.

But the only kid who shares his interest in junk food and games turns out to be a young chupacabra—a legendary monster whose kind is known for being bloodthirsty livestock killers. The truth is, Carter is anything but savage—he's kind, a good listener, and has great taste in sneakers. Being friends with a mythical creature should be amazing, but when local cattle turn up dead and his principal suspects the truth, Jorge is torn. Should he trust that his friend is innocent and protect him from exposure, or reveal his dangerous existence and change the world forever?

“ChupaCarter is an uproariously good time, full of humor, heart, and unexpected friendships.”
—Zoraida Córdova, award-winning author of Valentina Salazar Is Not a Monster Hunter

"A narrative punctuated with wisecracks and flavored with Spanish phrases and slang...Frights and fun in equal measure."—Kirkus Reviews

ChupaCarter is the beginning of the new series by the same name by by authors George Lopez and Ryan Calejo. I thought it was a fun and entertaining book to read. It was funny at times that had me laughing out loud, but was expecting it to be funnier than it was. However, it was a delight to read and enjoyed reading it.

ChupaCarter is illustrated by the talented artist Santy Gutierrez. Their pictures are a wonderful addition to the story and gives a perfect visual as to what is going on. They were great to bring the tale to life.

I am giving ChupaCarter four and a half stars. Readers between the ages of eight and twelve years old and enjoys reading fantasy will want to give this one a try. I look forward to the next book from the ChupaCarter series, ChupaCarter and the Haunted Piñata, to see what happens next.

I received a digital copy of ChupaCarter from the publisher, but was not required to write a positive review. This review is one hundred percent my own honest opinion. 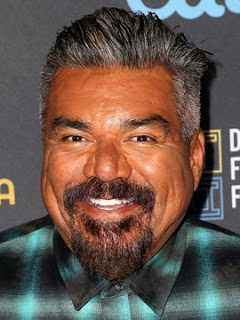 George Lopez is a New York Times bestselling author, stand-up comedian, actor, and talk show host. He made waves as the star of the most successful English-language prime-time television series about Latin Americans in recent history. His successful stand-up comedy showcases his idiosyncratic point of view and impeccable comedic timing. He lives in Los Angeles. 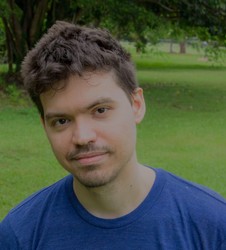 Ryan Calejo is an award-winning author born and raised in south Florida. His critically acclaimed Charlie Hernández series has been featured on half a dozen state reading lists and is a two-time gold medal winner of the Florida Book Awards.

2 winners will win a finished copy of CHUPACARTER, US ONLY.