Blog Tour and Giveaway: They Met in a Tavern by Elijah Menchaca 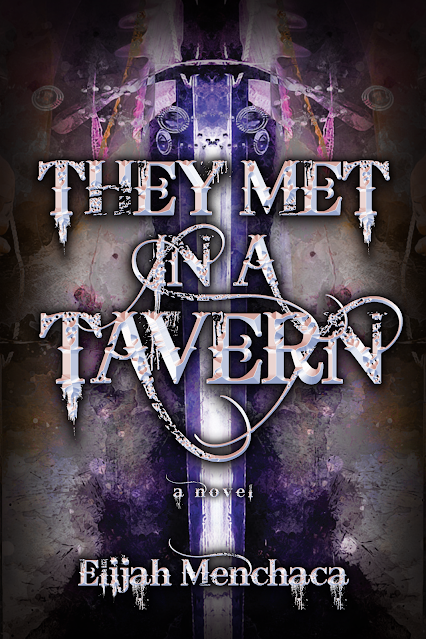 They used to be heroes . . . and it was all downhill from there.

The Starbreakers were your classic teenage heroes. Using their combined powers and skills, they were the most successful group of glintchasers in Corsar. But that all changed the day the city of Relgen died. The group went their separate ways, placing the blame on each other.

Brass carried on as a solo act. Snow found work as a notorious assassin. Church became a town’s spiritual leader. Angel was the owner of a bar and inn. And after overcoming his own guilt, Phoenix started a new life as a family man.

Seven years after their falling out, a hefty bounty is placed on their heads. Phoenix tries to reunite the Starbreakers before everything they have left is taken from them. But a lot can change in seven years. And if mending old wounds was easy, they would have done it a long time ago.
Buy the Book:
CamCat BooksAmazon
B&N ~ IndieBound ~ BookShop
BookBub
add to goodreads 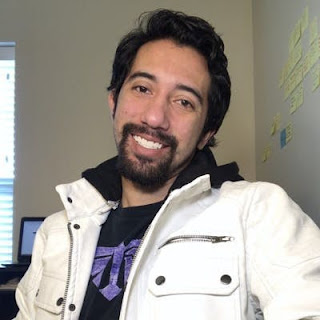 Meet the Author:Elijah Menchaca is a Puerto Rican author born and raised in Bakersfield, California, and has been writing and telling stories since he was five. He moved across the country to chase a few dreams and learn how to put his own pants on. So far, he's discovered a love for Dungeons & Dragons, graduated from the University of Louisville with a minor in creative writing, successfully tricked a brilliant scientist into marrying him, and in 2021 released his first novel in the Glintchasers series, They Met in a Tavern.

1. What is the last great book you've read?  Naomi Novik's Scholomance series. I know that's three books not one, but I basically read them all at once in one extended binge, so I'm counting it. That story was absolutely incredible. It's a very rare treat to encounter something that manages to both be fun and be so thoroughly and passionately about something. It was international, hard-mode Hogwarts, with a really fun “literally don't think about it or you'll break it” take on magic, and a romantic subplot that hit all the right spots for me. And at the same time, it was a fascinating exploration of morality and power and how the two are inextricably linked. Honestly heartbreakingly good stuff.

2. If you were stuck on a deserted island, which 3 books would you want with you? Frank Herbert's Dune, because that's a big one with a pretty good spread of entertainment value, and it really benefits a lot from rereads. I didn't bounce off of Dune like a lot of people I know, but I know for a fact I left a lot of that story undigested when I was done.

Then Wintersteel by Will Wight, because that is my comfortingest of comfort reads. Technically the entirety of the Cradle series is my comfort read, but that's a twelve book series. And if I'm picking just one, it's gotta be Wintersteel. We beat the bad guy that we've been building up for like four books, the heroes hit their biggest power spikes, and the romantic subplot resolves. That's a story that can make me smile, and has even like five rereads in.

And then probably a bible. That's probably not a fun answer, but uh, that book's gotten me through some very difficult times in my life, and if I'm on a deserted island, I'm probably gonna need it.

3. What advice would you give to budding writers? Absorb as many stories and as much media as you possibly can. Read more books. Watch more movies. Listen to music. Because the more story and language and emotion you can take in, the better of a sense you will have for all of it.

Everything I know about how to make sentences feel good to read, or how to pace a story, or how to make dialogue sound like actual people, I learned through countless examples. Everytime I read a new book, I find something in it that makes me go “Ah ha!” or “That's cool, I want to try that,” or even “Hm. I would have done that differently.”

And that's how you get better at this.

I mean you also get better by actually doing it, by writing, but I feel like if you need someone to tell you that, you're maybe in the wrong place.

4. What genre do you write and why? I'm currently writing fantasy and that is entirely Matt Colville's fault. I grew up on a steady combination of science fiction and superhero stories. The first and only fantasy-anything I read or watched growing up was Percy Jackson and the Olympians. I still haven't read or watched Harry Potter or Lord of the Rings. I did not come up in this genre.

Even in college, when I started playing D&D, I still wrote superheroes and science fiction. But then, I read Matt Colville's novel Priest. And that was it. That book . . . broke something in me. It marked me so thoroughly, left such an impression, that suddenly the half-formed book I had in my head at the time had to be fantasy. It just had to be.

I have plans to explore other genres. I want to write some modern-day superhero stuff. I have a very hot-button idea for a contemporary thriller. I love romance too much to not try it for myself at some point.

But Priest, man. I still reread the first chapter of that book every time I start writing a book, because I want to remind myself how a book's supposed to start. There's two chapters in that book, I think fourteen and fifteen, that I go back and reread just feel that spike of inspiration and jealousy those chapters always give me.

5. Do you have any writing rituals? Does playing two hours of League of Legends and constantly opening and closing Reddit count as a ritual? I get very, very easily distracted whenever I'm writing. It's a serious problem, and I've yet to find a solution.

I also can't start writing if it's after 10 PM. My brain just loses the ability to turn on its productivity sections. If I started before 10, I might be able to keep going past it, but if I haven't started by 10, the day's just over. Nothing but League and sleep for the rest of the night.

Enter the Giveaway:
THEY MET IN A TAVERN Book Tour Giveaway

My Review:
They Met in a Tavern is the first book from the Glinchasers series and my first experience with the talents of Elijah Menchaca. I am not a huge fan of the fantasy and science fiction genre but I was fascinated by the cover and blurb peaked my interest and wanted to give it a try. After reading They Met in a Tavern, it definitely gives me a reason why it is good to go outside my comfort zone and not miss out on a great read. I thought this was an adventurous tale and loved taking this journey with the characters. I found the writing style and the plot to be unique to me. I liked getting to know all involved in The Starbreakers and seeing how it would all end for them all. This was not a predictable story that had me engaged from start to finish. Overall, it was a wonderful novel to read.
I am giving They Met in a Tavern four and a half stars. I believe readers who enjoy reading science fiction and / or fantasy fiction will enjoy reading this one. I am interested in reading this next installment from the Glintchasers series, They Split the Party, to see what else the author, Elijah Menchaca, has in store for his readers.
I received a paperback copy of They Met in a Tavern from the publisher, but was not required to write a positive review. This review is one hundred percent my own honest opinion.
Posted by Amybooksy at 1:00 AM