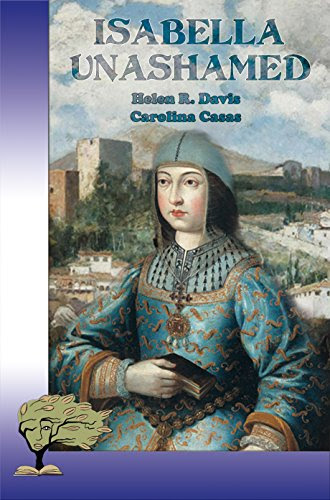 Isabella of Castile is known as Europe's first great queen. Renowned for her marriage to Ferdinand of Aragon and birthing of modern day Spain, Isabella is also known as the queen who launched the Inquisition, completed the Reconquista and expelled the Jews from her nation. Not long after her triumph in 1492, her dynasty came apart and unraveled, and it was whispered by many that the Trastamara line was cursed. But, What if Isabella had been wiser and not expelled the Jews, some of the very people who ironically helped put her on the throne of Castile? What if Isabella had had more foresight and had her successor be Catalina, who, although the youngest, was the most like her and the wisest of her children? How would the power balance of 15th and 16th century Europe shifted if Catalina had been the powerful queen regnant of Spain and not one of the 'merry wives' of Windsor? A joint effort, Isabella Unashamed is written by two authors from very different cultural backgrounds who have nonetheless joined together to create a haunting portrait of Spain's most famous queen, as well as a glimpse of what might have been had Isabella been wiser.


Available in eBook and Paperback on Amazon

Helen R. Davis is an American author. Her first novel, Evita: My Argentina was previously published as Evita: My Life and republished with Custom Book Publications in Hong Kong. Her second novel, CLEOPATRA UNCONQUERED, which is the first in a series, imagines a world in which Antony and Cleopatra, rather than Augustus Caesar, are the victors of the Battle of Actium. the sequel, CLEOPATRA VICTORIOUS, will be released soon, followed by the titles CLEOPATRA MAGNIFICA and CLEOPATRA TRIUMPHANT. Her third novel, or at least, her third historical novel/alternate history, THE MOST HAPPY, will be published with Callipe Editorial, based out of Madrid Spain, on July 25th, 2017. For more information, please visit Helen Davis’ website. You can also connect with her on Facebook and Twitter. 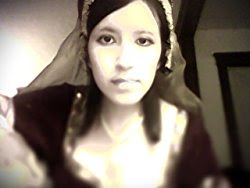 Carolina Casas has a BA in History and a minor in women's studies. Her debut novel "Isabella Unashamed" was co-written with the author of "Cleopatra Unconquered" & "The Most Happy", Helen R. Davis and it is a powerful alternative historical novel that asks the important question that has been on everyone's mind: what-if? What if Isabella had taken a different route than the one she did following the surrender of Granada at the beginning of 1492. A young woman who enjoys life and giving to others, she is also a self-proclaimed nerd who currently resides in the lone star state of Texas where she spends her free time writing, drawing, reading about her favorite historical subjects and watching classical horror and rom-coms with her friends. Carolina's journey into the realm of alternate history began when she was very little. After a frightful and sleepless night, she was introduced to the legend of King Arthur and his knights through Sir Thomas Mallory's epic "Le Morte d'Arthur" which started her fascination with the medieval period and later with other eras. This, along with her curiosity, has led her to delve into the realm of alternate history. Carolina has several pages on Facebook where she works alongside other history buffs and novelists (Tudor Nerds with Glasses and Tudor Facts vs. Fiction), as well as a history blog where she shares her thoughts on movies and TV shows as well. You can also find her on Twitter and Goodreads.

During the Blog Tour we will be giving away an eBook of Isabella Unashamed! To enter, please enter via the Gleam form below. Giveaway Rules – Giveaway ends at 11:59pm EST on December 7th. You must be 18 or older to enter. – Giveaway is open INTERNATIONALLY. – Only one entry per household. – All giveaway entrants agree to be honest and not cheat the systems; any suspect of fraud is decided upon by blog/site owner and the sponsor, and entrants may be disqualified at our discretion. – Winner has 48 hours to claim prize or new winner is chosen.

Isabella Unashamed is intriguing and short read. I like these type of stories and where the author tweaks history a bit and tells their own version of what could have been. I thought the book was pretty good. I liked Isabella and admired her determination to be leader of her country and wanting the best for her children.

I found Isabella Unashamed a unique and must read. I give it 4 1/2 stars. I would be interested if Carolina Casas and Helen R Davis will come together again to write another alternative history story.