Blog Tour: Guest Post and Giveaway: The Remains in the Pond by Ann Swann

The Remains in the Pond
by Ann Swann 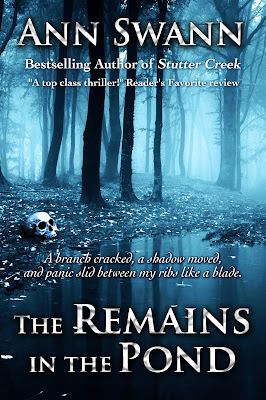 Senior prom is the happiest night of Gabi’s life. Her crush has just revealed that he is every bit as infatuated with her as she is with him. When he has a car wreck and is transported to the hospital in a coma, Gabi feels as if she’s taken a knife to the heart. But his jealous cousin, Rose, sees her chance to give the knife an even harder twist. She convinces Gabi to meet her at a local parking spot outside town. It's a night that will change several lives forever. One of the girls will return, and one will become known as the remains in the pond.

I pushed my glasses up and took a deep breath. “We were in love. I know that’s what teenagers always think, but in our case, it was true.”

The unsmiling detective simply stared at me and pulled out his little notebook. His burnished head gleamed under the fluorescents.

Why wasn’t he writing in that notebook? He just held it, as if he found nothing I said worth noting.

The room grew cold and I began to shiver. Probably some sort of tactic; turning down the temperature to make me uncomfortable. Just like this little waiting game. Waiting me out to make me talk. I’d seen enough crime TV to recognize these schemes. I took a sip of the Diet Coke he’d brought—to make me feel grateful, I suppose—and immediately regretted it because it made me need to burp.

I let the little bubble of gas explode in my closed mouth and began to talk to cover the sound. “We fell in love at prom. We were both with other people. I went with Asa and he brought Rose.” I sat up straighter in the hard-backed chair and hoped I’d said enough to placate him.

The detective sat chill, one ankle propped on the opposite knee. I got the impression he wanted to be my best friend.

I don’t know why I started talking again. I think it had something to do with the way he looked at me, as if he already knew everything I wanted to tell him, because yes, suddenly I did want to tell him. I’d held onto the truth for too long.

I wanted to tell him everything about that night. 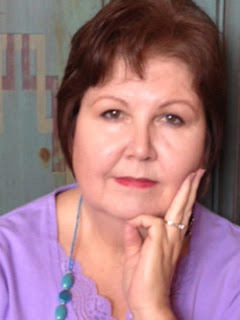 Ann has been a writer since junior high school, but to pay the bills she’s waited tables,
delivered newspapers, cleaned other people's houses, taught school, and even had a short
stint as a secretary in a rock-n-roll radio station. She also worked as a 911 operator and a
police dispatcher.

Ann’s stories began to win awards in her college days. Since then she’s published novels,
novellas, and short stories. But even if no one ever bought another book, Ann wouldn’t stop
writing. For her it’s the cathartic pause in a sometimes-crazy world. Most of the time, it even
keeps her sane.

What’s your favorite under-appreciated novel?
Mine! All for Love is a page-turning, tear-jerker that everyone should read.

What kind of research do you do, and how long do you spend researching before beginning a book?
I love research. I still have a part-time job researching court cases for the online journal, The Courthouse News. When it comes to my books, I research religiously. My editor may not believe it, but I DO research everything (I’m just not very good with math and dates, LOL).

How many hours a day do you write?
As many as possible until real life creeps in.

How do you select the names of your characters?
The Muse does that. I have no say in the matter. No, that’s a lie. I ran two contests to have characters named after the winners. Both girls are in THE REMAINS IN THE POND. One is Gabi, and the other is Rose.

How long on average does it take you to write a book?
Each one is different. The best books tend to write themselves. All For Love did that. Stevie-girl and the Phantom Pilot (and the others in that series) did that, too. Stutter Creek and Lilac Lane went quickly, too. This book, THE REMAINS IN THE POND, took much longer because I had to stop midway and have a talk with that Muse. On the other hand, I have two complete novels that really want to be born but they are stuck in computer no man’s land because they won’t come to heel.

Thank you so much, Ann! So fun to learn more about you and your books!

Ann Swann will be awarding a $10 Amazon/BN GC to a randomly drawn winner via rafflecopter during the tour.