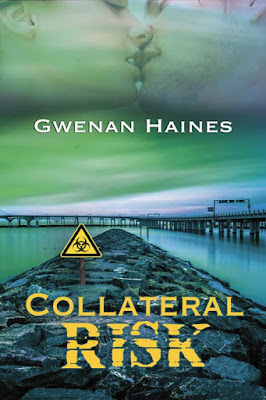 
After losing her sister to a serial killer years earlier, scientist Mia Lindgren survives by focusing on the most dangerous viruses known to man. She’s become adept at shutting herself off from human contact—until her lab partner drowns under suspicious circumstances.


Forced to accept the assistance of Nick Doyle, an FBI counter-terrorism expert on leave, she soon realizes someone at the Institute for Research of Infectious Diseases is involved in a deadly deception. As she and Nick race to find a killer who will stop at nothing to accomplish his version of Armageddon, they can’t ignore their own chemistry. But can Mia truly put the past to rest?

Mia Lindgren winced as the bagel knife sliced her fingertip. She wrapped the cut in a napkin and hurried over to the sink, turning on the tap and thrusting her pointer finger into the stream of cool water. Morning sunlight poured through the kitchen windows, warming her face and reminding her how late she already was.


After a minute or so, she pulled her finger out of the water and inspected it. The cut was about a quarter of an inch long, not very deep. Nothing to get worked up about.


She crossed from the kitchen to the bathroom and opened the medicine cabinet, wondering if she would ever be able to cut herself and not freak out. For the past year she’d slipped into panic mode whenever she got so much as a paper cut. She could only imagine what would happen if she ended up with a scraped knee. All that exposed skin would leave her sleepless for a week.


You were the one who signed up for this.


She loved her work, but she still questioned her choice even though three years had passed since she first crossed the threshold of the Institute for Research of Infectious Diseases in Somersville, Maryland. Her friends, her mother, her stepsister, and just about everybody else she knew told her she was crazy to work there. She could still hear Ashley’s horrified tone on the other end of the line when she’d called Burnleigh Hall to tell her half-sister the news.


“So you want to work with Ebola?” Ashley had asked, forgetting to season her tone with the usual dose of teenage cynicism. “Like, on purpose?” 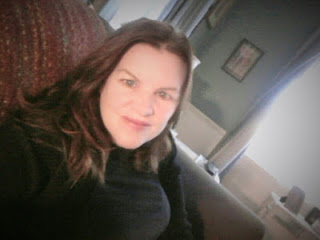 Gwenan Haines lives in New England with her daughter and a Siberian husky born on Halloween. She’s been hooked on suspense ever since her mom read her an old Nancy Drew mystery when she was five years old. She also loves romance and fantasy. Her paranormal novella, WRAITH, and novel, SHIFT, the first two installments in the SHADOW WORLD series, are under contract with Wild Rose Press's fantasy line. When she’s not plotting her newest mystery, she teaches community college and writes lots of poetry.


Gwenan Haines will be awarding a $20 Amazon/BN GC to a randomly drawn winner via rafflecopter during the tour.

Collateral Risk is a thrilling read! I did not notice that it is part of a series until after I read this one. So, it can definitely be read as a standalone. It is full of "what if‘s" that really makes one think. Many scenes are believable with a lot of suspense. It could be a little slow at times, but picks back up quickly.

I give Collateral Risk 3 1/2 stars. I would like to read the other book of the series, as well.

I received this book from the publisher. This review was 100% my own honest opinion