Book Tour and Giveaway: Legacy of Mercy by Lynn Austin 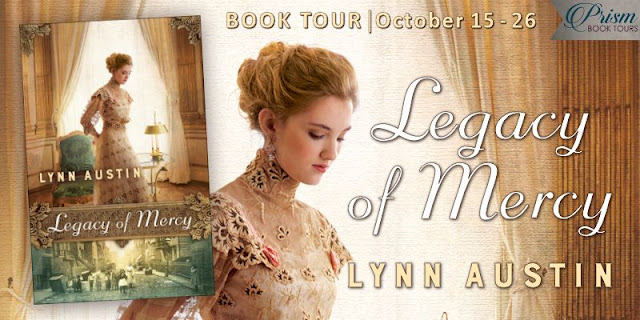 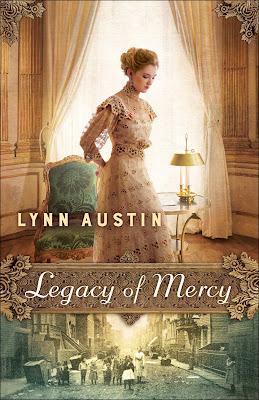 She Knew Her New Life Would Not Be Easy,
But Nothing Could Prepare Her For What Waits Ahead

Having returned to Chicago, young socialite Anna Nicholson can't seem to focus on her upcoming marriage. The new information she's learned about her birth mother continues to pull at her, and she hires Pinkerton detectives to help her discover the whole truth.

But as she meets people who once knew her mother and hears stories about the past, Anna soon discovers that some secrets are better left hidden. With pressure mounting to keep the past quiet, she discovers daily that her choice to seek God's purpose for her life isn't as simple as she had hoped.

When things are at their darkest, Anna knows she can turn to her grandmother, Geesje de Jonge, back in Holland, Michigan. Geesje's been helping new Dutch immigrants--including a teen with a troubled history--adjust to America. She only hopes that her wisdom can help all these young people through the turmoil they face. 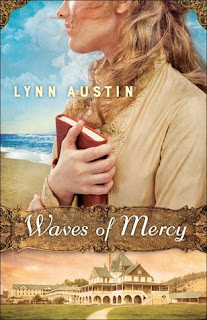 Haunted by the Unknowns of Their Pasts,
Two Women Search for Answers Along the Shores of Lake Michigan

Chicago socialite Anna Nicholson retreats to the Hotel Ottawa in Holland, Michigan, after breaking her engagement with her wealthy fiancé. Filled with questions about her newfound faith and troubled by a recurring nightmare, Anna finds solace in Derk Vander Veen, a seasonal hotel worker who plans to go into the ministry.

Prompted by a request from her son, Geesje de Jonge begins to sift through memories of emigrating from the Netherlands almost fifty years ago. As she writes them down for the Semi-Centennial anniversary of the town's settlement, her story takes on a life of its own as she honestly and painfully recalls her regrets, doubts, hardships, and joys. Her story captivates Derk, who sees similarities between Geesje and Anna, and wishes to bring the two together.

Past and present collide as Anna and Geesje seek clarity, but neither expects the revelations that await them.

"Interlacing the past with the present-day lives of Anna and Geesje, Austin compassionately delivers a moving tale of family bonds, tests of faith, and abiding love."--Booklist starred review

"Austin has crafted an interesting, historically accurate portrait of two profoundly different characters: one looking back at life, the other taking her first faltering steps toward independence."--Publishers Weekly 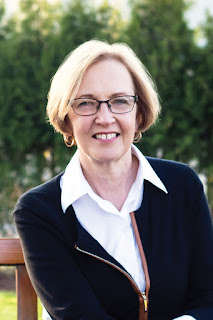 Lynn Austin has sold more than one and a half million copies of her books worldwide. A former teacher who now writes and speaks full-time, she has won eight Christy Awards for her historical fiction. One of those novels, Hidden Places, has also been made into an Original Hallmark Channel movie. Lynn and her husband have raised three children and make their home in western Michigan. Learn more at www.lynnaustin.org. 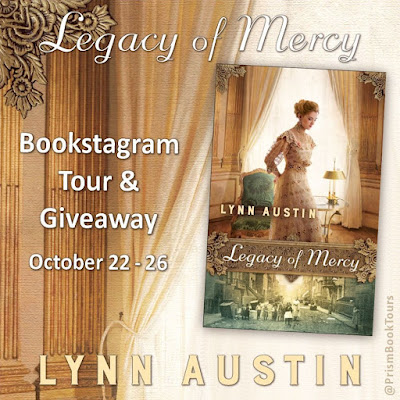 One Grand Prize Winner will receive Waves of Mercy and Legacy of Mercy by Lynn Austin and tulip notecards.

Two additional winners will receive Waves and Mercy and Legacy of Mercy.

For US winners only—international readers may enter, but a $35 gift card will be substituted for their prize if they are chosen as winners.

Legacy of Mercy is the second installment from Lynn Austin's series, Waves of Mercy. I thought it was a good read. I liked catching up with characters from the first book of the series. I enjoyed the vivid and descriptive historical details in the story.

I give Legacy of Mercy four stars. I look forward to seeing where the story goes in the next installment in the Waves of Mercy series.

I recommend Legacy of Mercy.