Blog Tour and Giveaway: Aru Shah and the Tree of Wishes by Roshani Chokshi

I am thrilled to be hosting a spot on the ARU SHAH AND THE TREE OF WISHES by Roshani Chokshi Blog Tour hosted by Rockstar Book Tours. Check out my post and make sure to enter the giveaway!
About the Book: 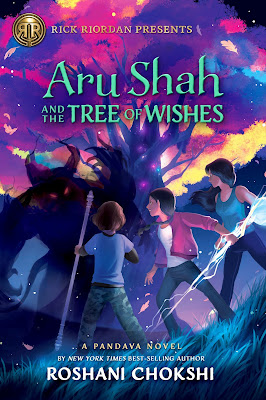 Best-selling author Rick Riordan presents the third book in the Hindu-based, best-selling Pandava series by Roshani Chokshi, in which Aru and her cohorts, Mini, Brynne, and Aiden—and now a pair of twins—each search the Otherworld for Kalpavriksha, the wish-granting tree.

War between the devas and the demons is imminent, and the Otherworld is on high alert. When intelligence from the human world reveals that the Sleeper is holding a powerful clairvoyant and her sister captive, 14-year-old Aru and her friends launch a search-and-rescue mission. The captives, a pair of twins, turn out to be the newest Pandava sisters, though, according to a prophecy, one sister is not true.

During the celebration of Holi, the heavenly attendants stage a massage PR rebranding campaign to convince everyone that the Pandavas are to be trusted. As much as Aru relishes the attention, she fears that she is destined to bring destruction to her sisters, as the Sleeper has predicted. Aru believes that the only way to prove her reputation is to find the Kalpavriksha, the wish-granting tree that came out of the Ocean of Milk when it was churned. If she can reach it before the Sleeper, perhaps she can turn everything around with one wish.
Careful what you wish for, Aru . . .

PRAISE FOR ARU SHAH AND THE TREE OF WISHES
“Touching, riotously funny, and absolutely stunning.”--Kirkus

Praise for Aru Shah and the End of Time:
“An imaginative novel that puts girl power and diverse protagonists front and center.”
—Entertainment Weekly

“Roshani Chokshi spins a modern-day fairy tale that adults and children will love.”-Bustle 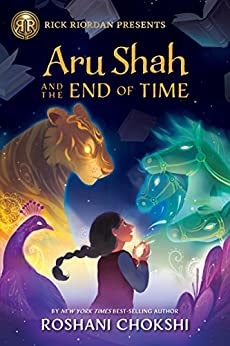 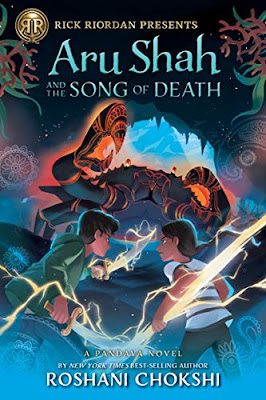 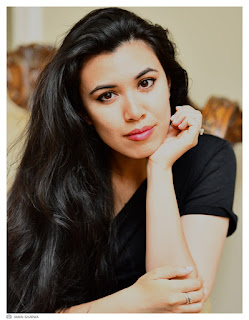 Roshani Chokshi is the author of the instant New York Times best-selling books in the Pandava series, Aru Shah and the End of Time, and its sequel, Aru Shah and the Song of Death. She also wrote the New York Times best-selling YA books The Star-Touched Queen and The Gilded Wolves. She studied fairy tales in college, and she has a pet luck dragon that looks suspiciously like a Great Pyrenees dog. The Pandava novels were inspired by the stories her grandmother told her as well as Roshani's all-consuming love for Sailor Moon. She lives in the south and says "y'all," but she doesn't really have a Southern accent. Her Twitter handle is @roshani_chokshi.

Giveaway Details:
3 winners will receive a finished copy of ARU SHAH AND THE TREE OF WISHES, US Only.