Blog Tour and Giveaway: The Spirit Breather by Bekah Harris

I am thrilled to be hosting a spot on the THE SPIRIT BREATHER by Bekah Harris Blog Tour hosted by Rockstar Book Tours. Check out my post and make sure to enter the giveaway! 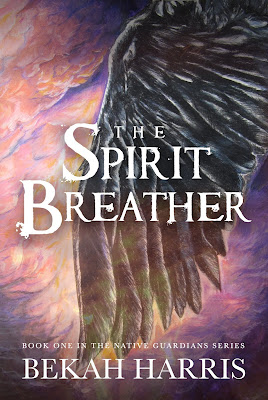 An immortal guardian.
A soul-stealing enemy.
A dangerous, new power.
Only the Spirit Breather can stand against the darkness…

Months after surviving an assault that nearly claimed her life, Emily Morrow’s summer goal is to forget about the memories that lurk in her nightmares. So when her friends invite her on a post-grad camping trip in the mountains, she jumps at the chance to escape her haunting past, even for just a few days.

But even miles from home, Emily’s past is closer than ever.

When her best friend, Kadie, is snatched by the dark creatures nesting in the forest, Emily comes face to face with the truth behind her chilling past. Together, with the mysterious Joseph Stomper, who is much more than he seems, Emily must find the courage to embrace her role in a centuries-old prophecy and harness a dangerous gift before she loses everyone she loves.

With Kadie’s life hanging in the balance, will Emily learn to control her new power? Or will the darkness destroy them both?

Filled with deadly magic, frightening folklore, and forbidden romance, The Spirit Breather is a spine-tingling paranormal fantasy that will keep you turning pages well past your bedtime.

What Readers are Saying:

"Sometimes a book will come along that will surprise and captivate you, it will draw you into the story and make you a part of the world. This is such a book!! This book was simply brilliant!!! I adored every minute of it." - Natalie, A Book Lover's Life

"It was so refreshing to open this book up to a new kind of story, with Native American characters taking center-stage and diving into an entire mythos of lore, spiritual awakening, latent magical powers, ageless sage leaders, and, naturally, angsty young people battling not only big scary monsters, but themselves in a conflict of deep personal struggle, of self discovery, of a painful past, and of a hopeful future." - Dustin Street, Big Small Town Books

"The amount of detail and heart Harris put into her characters and setting make The Spirit Breather stand out from the crowd. The story is wildly entertaining, the characters are easy to love, the plot is carefully crafted, and the writing is lovely. This was a refreshing read and I'm looking forward to more about Joseph and Emily in the future." - Amazon Customer 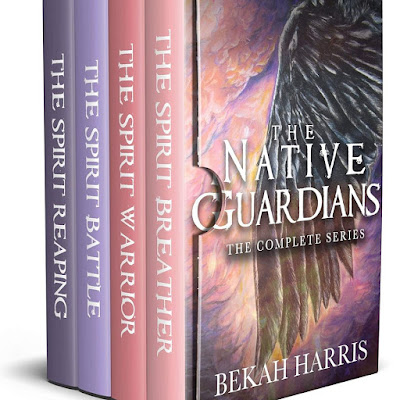 Grab the rest of the books in the series!


It had been ten months since Emily had nearly died outside an Atlanta nightclub. Clearly, her parents were still freaked out.
Despite months of therapy, Emily wasn’t doing much better. She brought her fingers to the left side of her face to trace the fleshy rise of the scar that stretched from her ear to her chin.
“Quit it.” Kadie swatted Emily’s hand away from her face. “You’ve not gone and cheated on that healthy thought diet Dr. Jennings put you on, have you?”
Emily snorted, recalling the ramblings of her therapist, and tapped her head. “Nothing but good vibes and positive energy up here.” According to Dr. J, those were the only two ingredients necessary to maintain a healthy emotional state.
Well, aside from prescription medication.
“Please,” Kadie said. “That man’s cheese slid off his cracker a long time ago. Let’s just be thankful he told your parents you needed to go ‘find yourself ’ this summer. They never would’ve let you come this far if he hadn’t.”
Kadie was right. For all of Dr. Jennings’ psychobabble, he did have a point about this trip. Maybe away from Duluth and her parents and the horrible memories, Emily could finally figure out who she was apart from that terrible night.
She took a deep, jagged breath, suddenly aware that Kadie had stopped throwing crackers at the bird and was trying to meet her eyes. Emily popped her knuckles and crossed her legs. She hated when people stared at her. Now, the bird was watching her, too.
“Look, I know this trip is a big deal for you, and it’s got to be scary,” Kadie said. “I mean, you haven’t left Duluth since it happened. But you need to put yourself back out there. You can’t keep living your life just waiting for someone to jump out from the shadows.”
“I know,” Emily said. But the nerves still squirmed up her throat, despite the dose of anxiety meds she had taken that morning.
The bird wasn’t helping matters. Ignoring the cracker crumbs lining the grass, it hopped to the rim of the fire pit just in front of Emily’s boots.
She shifted away and tried to quiet the resurfacing English class lectures about ravens symbolizing death, wisdom, and the heavy weight of grief.
“Anyhow, we just graduated, and all seniors are supposed to go on a kick-ass trip.” Kadie tapped Emily’s knee with the back of her hand. “I just don’t want you to miss out on all this stuff because you’re too scared. If you do, you’re going to regret it later. It’s going to take some time for you to trust people again, especially guys. But not all guys are jerks. You know that, right?”
Emily ran a hand through her hair. “You don’t understand, Kadie,” she whispered. “No one does. Sometimes when I close my eyes at night, I can still feel their hands on me. I can feel the cold steel of the blade they used. If I’m in a crowd or watching TV, I can hear their throaty whispers.”
She swallowed back the fear, refusing to let it to cripple her. “I just want it to go away like it was never there, but that’s not going to happen.”
“It’s going to take some time. It’s been ten months, Em. Might be ten more before you feel normal, but you can’t stop living right now.”
Kadie elbowed her lightly in the ribs, trying to draw a response, but Emily shook her head. “Look, I really don’t want to talk about this, okay?”
As if the universe had heard her, the raven hopped down from the fire pit and wobbled toward Emily. Its eyes blinked from black to purple and then back again. Emily bolted off the bench.
Her sudden movement didn’t faze the bird. Emily turned to Kadie, who was looking up with raised brows from her phone.
“Did you see that?” Emily asked.
“It’s okay, Em. I think that means it likes you. Ravens have a second eyelid and blink to it when they’re excited.”
She handed Emily a cheese cracker “Here, sit down and feed it something else. I don’t think it likes the wheat ones.”
“Fine.” Against her better judgment, Emily sat down and tossed the orange square toward the bird. Instead of eating the cracker, though, it cocked its head, like it was interested in her.
“I told you it likes you,” Kadie said. Emily shook her head and forced an exhale that relaxed her tight shoulders. Her paranoia had reached a whole new level. She couldn’t believe she was freaking out over a stupid bird.
Kadie handed her another cracker. She gripped it between her thumb and forefinger and held it out to the bird. Blinking its weird eyes again, it avoided the cracker. Then, it raised its sharp beak and pecked.
Emily’s hand exploded in pain.
She looked down at her throbbing hand.


A drop of blood had blossomed across her skin. 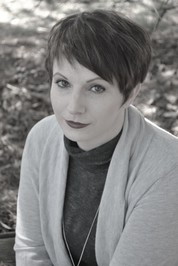 Born and raised in the mountains of East Tennessee, Bekah Harris has been writing since she could hold a pencil. The beauty of her home in the Appalachian Mountains, along with the legends, myths, and folklore of that area, is what inspires the unique plots and settings captured in her young adult fiction. In addition to her love of all things fictional, Bekah is also a freelance writer and editor, an occasional adjunct professor, and a high school English teacher. When not working, Bekah can be found at home building block towers for her son to knock down, drinking coffee and watching Netflix with her husband.
Website | Twitter | Instagram | Facebook | Goodreads

Giveaway Details:
One lucky winner will receive a signed finished copy of the THE SPIRIT BREATHER, US Only. 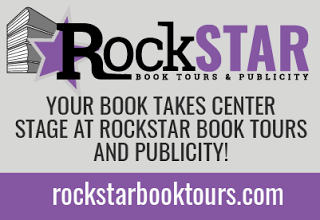