Review Tour and Giveaway: The Cold Hearth by Garth Pettersen

The Cold Hearth
by Garth Pettersen 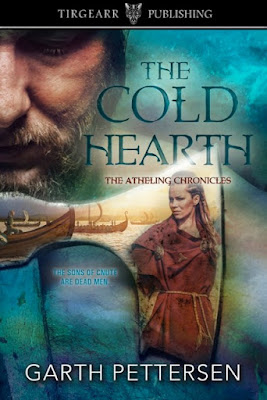 Harald, the king's second son, receives the warning while rebuilding a hall where he hopes to farm and lead a peaceful life with Selia, his Frisian wife. But as the hall nears completion, they learn the family who lived there before them all perished in a single night of bloodshed. Could the grounds be cursed?

Now the threat of unknown enemies casts a long shadow. Should they distrust the brooding Saxon neighbor or the two weapon-bearers they hired for protection? Should they suspect either of the two women they have taken on with the other hirelings? Only their Jewish warrior friend, Ravya ben Naaman, seems above suspicion.
~~~~~~~~~~~~~
EXCERPT
Sleep would not come to Kjeld Madsson. Rain pattered and ran without ceasing from the turf roof of his hall, a sound that always reminded him of a downpour in a forest. He lay on his back under a fur robe, trying to let the rhythm of the rain lull him. The layers of dried and bound grasses under him gave no discomfort, but even so, his eyes would not close. His wyf, Ditte, muttered in a dream and rolled over, pressing her backside against his warmth. The cooking fire had burned down to glowing yellow-red charcoal, giving just enough light to reveal the roof beams above and the gray smoke that lingered before escaping out the smoke hole. The snoring and heavy breathing of his children, brothers, a sister and her child, and a cluster of thralls, blended with the din on the roof.
Today he’d had words with that Saxon cur, Bordan. Enemies they had been until Cnute had become king of lands north and south of the River Tamesas, all which could be called the realm of Engla-lond now. Bordan had fought for Edmund Ironside, now dead, and his father, Æthelred the Ill-advised— both dying in the same year, 1016. Three years ago. Three years of relative peace. Cnute had dealt with those who would not bow to his will. “Heavy-handed” a few would say. “Brutal, heartless dog” only fools would speak aloud. Kjeld knew Cnute, had fought for him and for his father, Sweyn Forkbeard. For his service, the king had given him this choice piece of land, as good as any in Danmark.
But old grievances burn and ache like old wounds, and both plagued neighbor Bordan. Today they had exchanged words over the trees Bordan’s men felled for rendering tar— on Kjeld’s land. He had cursed and insulted Bordan before his kinsmen and thralls, had threatened to bring the matter before the Hundred when the families next met. But Bordan had taken his slights and given little back— and Bordan was not one to swallow an affront.
A pocket of pitch burst from the glowing fire. Kjeld started at the sound, throwing back the furs and sitting up. Amid the rain sounds, he heard a horse whinny. Another answered. He reached for his skeggox. Finding the battle æx, he stood, listening. In his own skittishness, had he imagined the horse calling? Careful not to step on the sleepers, the Dane made his way to the double doors that served as the hall’s entrance.
Stroking his long hair back from his ears, he bent and listened at the join of the two doors.
Falling rain. Nothing more.
He unhooked the latch of the small peek-hole cover and held two fingers up to the hole— better to lose a fingertip than an eye— before braving a look. All was blackness and storm.
Kjeld slipped out the stout pole that locked the doors in place. Still holding his skeggox, he grasped the handles and pushed the doors open. The cold, wet air swirled hair across his eyes. He tossed his head to see better. The clean, fresh smell of wet earth and green plants. The night alive with the sounds of wind in the dark shapes of trees and
raindrops splashing in puddles of the rain’s own making. Was that a hushed whisper he heard? His ears strained to discern the patter of running feet spattering and slapping in mud.
Too late to bar the doors, Kjeld Madsson turned to raise the alarm, heart racing. The sudden awareness of another body close to him and then the jarring, cutting blow to his neck, the erupting shock of pain. Dazed, he fell back through the doorway, vaguely aware of his life’s blood pumping from the wound, of striking the rush-strewn floor, the shouting battle cries of warriors pounding and leaping over him, the screams of women, the answering roars from the men of his household.
From where he lay face down, one eye beheld the slaughter of all those he held dear; his nose, surprisingly sensitive, smelled the coppery tang of blood sprayed into the air— until his vision clouded and all his senses faltered, and the lifeblood of Kjeld Madsson and his kindred nourished the soil floor of his own hall. 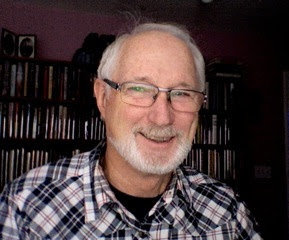 Garth Pettersen is a Canadian writer living in the Fraser Valley near Vancouver, BC. When he's not writing, he is riding horses or working with young disabled riders. Garth's short stories have appeared in a number of anthologies and in journals such as Blank Spaces, The Spadina Literary Review, and The Opening Line Literary 'Zine. His story River's Rising was awarded an Honourable Mention for the Short Story America 2017 Prize, and his fantasy novella River Born, was one of two runners-up for the Windsor Editions (UK) Short Fiction Prize. Garth Pettersen's historical fiction series, The Atheling Chronicles is published by Tirgearr Publishing and books one and two are available at most online outlets (The Swan's Road and The Dane Law) and book three, The Cold Hearth, is now available.
Links:
Buy Links: http://tirgearrpublishing.com/authors/Pettersen_Garth/the-cold-hearth.htm
https://www.amazon.com/Cold-Hearth-Atheling-Chronicles-ebook/dp/B084PZR3WW/
https://www.barnesandnoble.com/w/the-cold-hearth-garth-pettersen/1136409269
Website: https://www.garthpettersen.com
Facebook: http://www.facebook.com/writeandride/
Twitter: https://twitter.com/garpet011
~~~~~~~~~~~~~
GIVEAWAY:
Garth Pettersen will be awarding a $10 Amazon or Barnes and Noble GC to a randomly drawn winner via rafflecopter during the tour.
a Rafflecopter giveaway


April 22: Locks, Hooks and Books
April 29: Long and Short Reviews
April 29: Fabulous and Brunette
May 6: Our Town Book Reviews
May 13: Iron Canuck Reviews and More
May 13: Beyond Romance

Garth Pettersen has once again written a fascinating read in his third installment from his The Atheling Chronicles series, The Cold Hearth. I have enjoyed this series and this one is probably my favorite book to date. I am becoming a huge fan of the early English historical fiction and I have Mr Pettersen for that.

I am giving The Cold Hearth five plus stars. I highly recommend it to those who enjoy ancient English history.

I have received this book from the publisher. This review is 100%  my own honest opinion.