Blog Tour and Giveaway: The Frights of Fiji by Sunayna Prasad 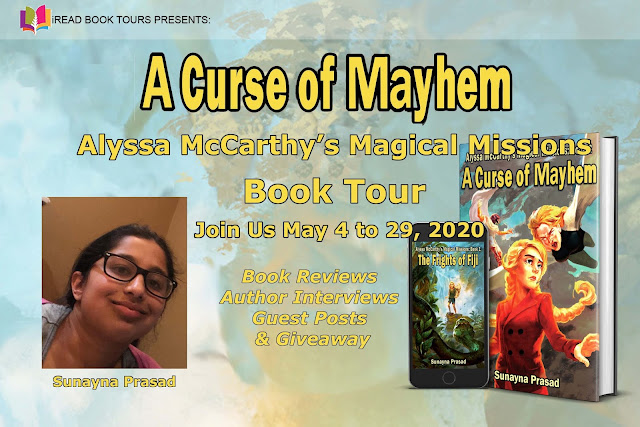 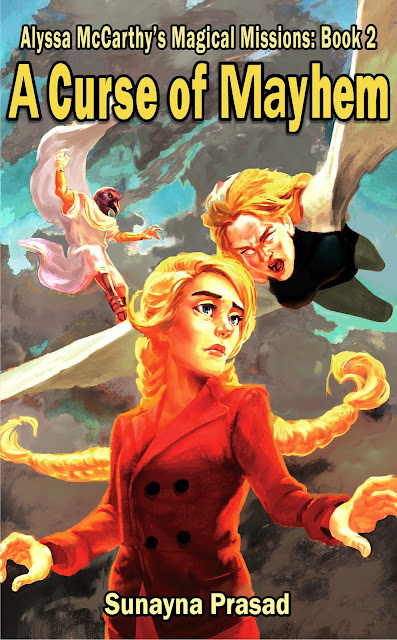 History, like magic, has a habit of repeating itself.

It’s been six months since thirteen-year-old Alyssa McCarthy left magic behind for good. Or so she thought…

Then the enchanted objects that protected her disappear. Now a skeleton named Errol has cursed her with magical powers that keep getting her in trouble. Suddenly strange things are happening with disastrous effects, and if Alyssa can’t remove the magic, she will lose everything she holds dear. In order to get rid of her unwanted wizardry, Alyssa will have to boost her bravery and confidence and determine who Errol really is. But every time Alyssa uses an enchantment, Errol is one step closer to getting his flesh back and becoming alive, and he will do anything to achieve his goals…even if it means destroying Alyssa’s happiness.

Originally published in 2016 as “Wizardry Goes Wild” and “The Unruly Curse” in 2019, “A Curse of Mayhem” is book two in the exciting and suspenseful “Magical Missions” series. 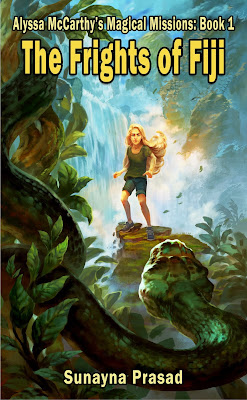 A world of magic and adventure awaits…

Sent to live with her strict, aloof, and uncaring uncle after her parents are killed in a car accident, twelve-year-old orphan Alyssa McCarthy longs for the life she used to have—one filled with fun and love. Then one stormy night, a message appears in the raindrops on the window that will change everything.

"Your life will never be the same again, as magic will interfere."

Before long, Alyssa is kidnapped by Master Beau, a banished sorcerer with a mysterious connection to her who can only regain his power by weakening hers. Suddenly hurled into a world of wizardry filled with fantastical beasts and marvelous technology beyond her wildest imagination, Alyssa must defeat Master Beau if she ever wants to get home again. But Master Beau will stop at nothing, including using Alyssa’s friends, to ensure he is triumphant.

Originally titled "From Frights to Flaws", this story is the exciting and enchanting first book in the "Magical Missions" series.
BUY THE BOOK:
Amazon ~ Barnes and Noble ~ Kobo
Add to Goodreads

Sunayna Prasad enjoys writing fantasy books for children, as well as cooking, creating artwork, watching online videos, and blogging. She has also written The Frights of Fiji, formerly titled as From Frights to Flaws. She is passionate about modern life, fantasy, and world-building. Aside from her website, she also has a blog about different creative and entertaining topics, including fiction and writing, called “Sunayna Prasad’s Blog”.
Sunayna has graduated from college in May 2017. She lives in Long Island, NY.

The Frights of Fiji begins Sunayna Prasad’s series, Alyssa McCarthy’s Magical Missions. It is, also, my first introduction to this author’s books. I thought this one was a pretty good read. It was full of adventure, action, and magic.

In The Frights of Fiji, readers are introduced to Alyssa McCarthy, who is a 12 years old girl and has been kidnapped by a sorcerer. I found this young girl having so much bravery and courage. I admired her determination to survive. She goes to a whole new world that she never she would experience. I thought her story to be entertaining and fun to read. I enjoyed some of the suspense and mystery of it. I was constantly wondering where she would end up next. I loved the author’s imagination. She crafted such a wonderful tale that so many readers would enjoy. I loved taking this journey with Alyssa. She was a great role model and she learned some very important lessons that so many other readers of all ages could learn from, as well.

I am giving The Frights of Fiji four and a half stars. I believe many younger readers who enjoy fantasy will enjoy reading this one. I would have no problem allowing my ten year old reading this book. I know she will think it is as good as I did. I look forward to read the second installment from the Alyssa McCarthy’s Magical Missions series, A Curse of Mayhem, to see where Alyssa ends up next.

I received this book from the publisher.  This review is 100% my own honest opinion.
Posted by Amybooksy at 1:00 AM