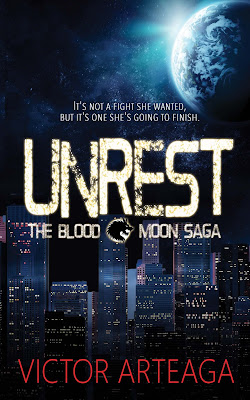 ~~~~~~~~~~~~~
GENRE:   Paranormal, Sci-Fi
~~~~~~~~~~~~~
BLURB:
Remembrance Day is just an excuse for vampires and humans to throw themselves a parade. They like to pretend they did us werewolves a favor. But I guess it's not all bad. I do get cheap booze, live in an underground lunar city, which some would find cool, and I am employed. Sejanus Industries isn't a benevolent corporate ruler, but they're the devil I made a deal with. My life is quiet and mostly non-violent but one message from my cousin could cause me to lose everything I've sacrificed for my peaceful life.
~~~~~~~~~~~~~
EXCERPT:
Abandoned hope thickened the air as people streamed between polished stone pillars that fronted this house of false promises. Equity and justice for all were laughable concepts the powerful wielded to fit their will and whim. The sky drizzled and misted enough to be cold, damp and miserable. Its gray cloud cover blunted the vibrant colors of the sparse, yet immaculate landscaping, and the wet air smothered the flowers’ sweet fragrance. I trekked past the throngs of caged miscreants as a lone wolf would pass through a swarm of rodents. The weight of my misdeeds forced my shoulders low, lined my mouth, and left my gaze fierce and steady. Guilt over leaving the cousin who called me sister slowed my steps. Betrayal of my chosen family left the bitter taste of regret on my tongue. Lady Justice, the sullen patron saint of my temporary home, was painted and carved on every available surface. We were told the cloth around her eyes meant Justice was blind and fair. But I know now she didn’t mask her eyes to symbolize the blindness of her virtue. Justice wasn’t blind. She just couldn’t bear to see the truth. 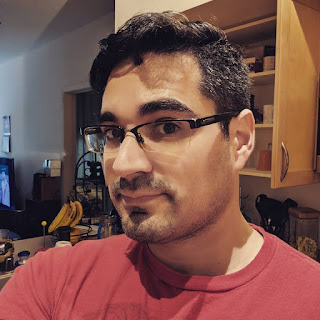 Victor Arteaga is a writer of science fiction, fantasy, and paranormal stories. Though he’s always been an avid reader, his dream to be a writer was jump-started when he got sober in March of 2015. What began as an exercise to keep his sobriety billowed into a deep and unbridled passion to create. His experiences with addiction and being a first-generation American from immigrant parents inject a flavor of unique authenticity to his characters and worlds that he creates. His imagination is given free rein to conjure worlds and experiences on the page which enthralls and captivates readers.
Website: welcometogalilei.com
Twitter: @bloodmoontrio
Patreon: patreon.com/bloodmoontrilogy
Buy links
Amazon:
https://www.amazon.com/Unrest-Blood-Moon-Saga-Book-ebook/dp/B08538DS3F
Barnes and Noble:
https://www.barnesandnoble.com/w/unrest-victor-arteaga/1136495738
~~~~~~~~~~~~~
GIVEAWAY:
Victor Arteaga will be awarding a $15 Amazon or Barnes and Noble GC to a randomly drawn winner via rafflecopter during the tour.

Unrest is my first introduction to Victor Arteaga’s work. His writing style is  a little bit different than what I am used to, but I thought that was refreshing to read something new. This one was a fun and entertaining read for me. With Vampires and Werewolves, what was there not to enjoy?

I am giving Unrest four stars. I would be interested in reading more by this author. I will be adding his other books on my wish list.