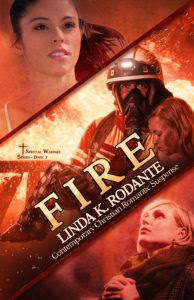 If a violent gang re-organizes, an undercover cop could lose everything…including the woman he loves.

After a gang war three years earlier, the undercover cop known as Patriot was forced to move and take a new identity. When the gang re-organizes and threatens a friend, Patriot, now a firefighter, races home to help him.

Chloe Swearingen confines herself to the fast pace of the ER and away from interpersonal relationships—for a reason she keeps to herself. But when she helps save a gangster’s life, she’s thrown into a cauldron of relationships from which she can’t escape—and one from which she doesn’t want to…

Then a series of fires target people they love, and Chloe and Patriot will need the Lord’s wisdom to stay alive. 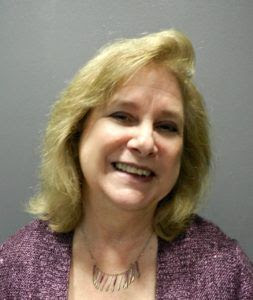 Linda K. Rodante is a Florida transplant now living in Tennessee. She’s married with two sons, a wonderful daughter-in-law and six grandchildren. She loves sweet tea, apple butter and both the mountains and the oceans.
Her work with crisis pregnancy centers and anti-trafficking groups gave her a heart for women struggling in today’s society, while still respecting the role God has given men.
She’s a member of the American Christian Fiction Writers, Word Weavers International, and a past finalist of ACFW’s Genesis contest.
Linda writes Christian romantic suspense novels. Her books wrap sweet romance in real-life issues women face today then adds an edge of mystery and suspense. Her desire is to entertain and encourage others in their walk with God.
Linda’s two series, The Dangerous Series and The Spiritual Warfare Series, are each unique. Both are fun read in order, but every book is also a stand-alone.

FIRE, A Christian Romantic Suspense novel, is the third book in the Spiritual Warfare Series. While it’s also a stand-alone, it’s enhanced if you’ve read the others first. The inspiration for FIRE came while listening to “There’s Another in the Fire” by Hillsong UNITED. I love the words to that song. It says so much about who Jesus is and that he never leaves us.
Most Christians know the story of Shadrach, Meshach, and Abednego, how King Nebuchadnezzar had them thrown into a fiery furnace because they wouldn’t worship him (Daniel 3.19-25). We know that Jesus was the fourth man in the fire, that he kept them from being burned or even smelling like smoke. But the Bible refers to fire in many ways—God is a consuming fire, the Holy Spirit is represented by fire, his ministers are called flames of fire, his Word is like a fire, and Satan will be thrown into the lake of fire. So much representation there.
The first book in the Spiritual Warfare Series, Warrior, introduced us to an ex-gang member, a gang leader, and a kickboxer who wanted more from God than she’d been experiencing, not realizing the depth of what she’d asked, and the danger she’d find herself in. In the second book, ROAR, her church persists in ministering to gangs even amid threats and kidnappings. Then three members are caught in the middle of a gang war, and it will take a miracle to get them out. FIRE takes place three years later when things have settled down. Ex-gang members are finding Jesus and learning new life skills, but then someone sets fire to the church and one of the ex-gang members is arrested for murder. When you’re doing everything right, and Satan attacks, where is God?
FIRE brings back familiar characters and introduces new ones who fall in love, and who learn about prayer, and perseverance, and God’s faithfulness in the middle of the battle.
Romance, intrigue and the power of prayer are woven together to create a story of action and faith. 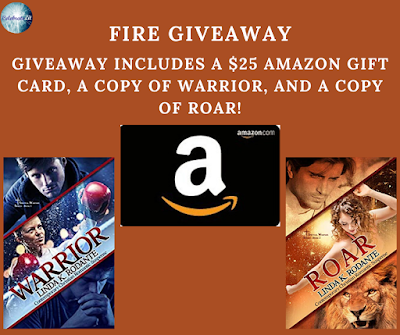 To celebrate her tour, Linda is giving away the grand prize package of the winner’s choice of format for the previous two books in series, Warrior and Roar, and a $25 Amazon gift card!!
Be sure to comment on the blog stops for nine extra entries into the giveaway! Click the link below to enter.
https://promosimple.com/ps/fffa/fire-celebration-tour-giveaway
My Review:
Fire is the first book I have read by Linda K Rodante. It is, also, the third installment from her Spiritual Warfare series. Even though it is part of a series, I feel as though it can be read as a stand alone. I did not feel like I was missing anything by not reading the others. I thought this book was a pretty good. It had a lot that I like to read in a book: mystery, suspense, romance, action, danger and inspiration. I did not find the story to be predictable and I was engaged most of the time.
I am giving Fire four stars. I think readers who like to read clean contemporary romantic suspense will want to read this one. I would love to read more by this author, as well as, the other books from the Spiritual Warfare series.
I received Fire from the publisher. This review is one hundred percent my own honest opinion.
Posted by Amybooksy at 1:00 AM