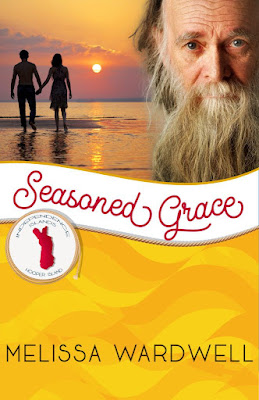 You can run from your past, but you can’t escape it.

Though he disappeared that day, Raylin McReynolds never believed her father died at the World Trade Center on 9/11.

So, when a mysterious letter arrives from Breakers Head, informing her that she would find him on the Independence Islands off the coast of Georgia, she has no choice but to find a job, get there, find her father.

As mainland troubles encroach on Hooper Island, Sean Anderson devises a plan and presents it to the island pastors and his cousin, Scott. The result: Grace Mission—a place where those struggling can find the help they need.

What he didn’t need was a distraction in the form of a newcomer to the islands—a mission volunteer, no less.

Others at the mission, Beth and Scott, see more than just frustration brew between Raylin and Sean. What will it take to convince Sean and Raylin to stop bickering long enough to see what’s obvious to everyone else?

Raylin’s on a mission to find her father and protect her heart, but neither seem willing to cooperate. 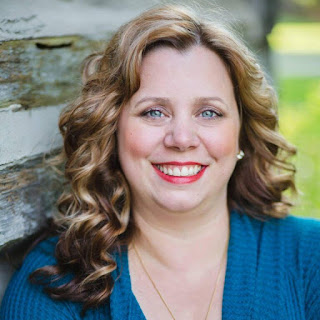 She doesn’t mind alternating between the world of writing and the reality of being a mother, but she would rather sit with a good book or a good friend and a cup of coffee.

When she isn’t penning works of fiction, she is busy reviewing books for her blog, Back Porch Reads.

Here we are, in the middle of the collection. The third island—Hooper Island. Have you enjoyed the journey so far? I hope you have, I’m sure you have ;)

Seasoned Grace quickly became my favorite addition to the Independence Islands Collection. It is a little more serious on a few of the topics than my first two contributions. Now that a foundation has been set, I felt like I could get a little deeper into my character’s emotions and pasts. People are complex so writing two-dimensional characters are not something I like doing. I want readers to see the secret hurts that mold them into the person they are, and how God can heal those painful areas.

Grace is the running theme throughout this book. Grace enough to let things go, the Father’s grace, showing grace to those around us, and any other form of grace that might come up. Grace is like salt and pepper. It gives the right kind of flavor to our lives. At least I think that is a life quote Gram would tell Beth.

There is one chapter that you will see one of the new characters lay out their painful past in a rather quick way in a conversation with another character. This character suffered much in their life that some will struggle with understanding how they could talk about it so freely (which is why I am shining a light on it now).

When a person has found healing in life by following Christ and has allowed Him to take away the sting of what others have done to them, those moments become easy to talk about with others. Especially if it means that the one listening will seek healing for themselves.

This conversation in the book is intense and thought-provoking. It also displays the level of grace required to see people the way God might see them instead of through our tainted lenses. I found myself crying as I wrote it because I know how freeing it is to forgive and let the Father heal a wounded heart.

Seasoned Grace also has several returning characters—Beth and Scott, Thaddeus, Amara and Dante, Sarah Reid, and her boys. There are also two new faces, Raylin and Sean, as well as a couple of other mobile business owners who come together to help Elnora Island bounce back from a hurricane.

All my contributions to the collection flow from one book to the next like a television series. While the other writers may have written their stories to be independently read from the others, that is not something I have done. Trust me when I say that it wasn’t my original intent. As I saw my five stories develop, there was a constant feeling of community and character interaction throughout the books. I couldn’t just leave some characters behind, never to be heard from again, while I bring in new faces. It just wouldn’t be right. They have developed friendships and that cannot be overlooked. That said, when they come together at the end for Thanksgiving diner, they, and you the reader, will have a pleasant surprise.

So, stay with me, push through, read on—it will all be worth it in the end.

P.S. I realize that I gave a recipe for Scrumptious Independence, but not Heart Pressed. I apologize for that one.

I hope this one makes up for it. Scott’s favorite

If you don’t have a deep fryer (like me), get a thick bottom, deep pan

Gauge the temperature with a candy or deep fry thermometer

Fill your pan no more than 2/3 of the way

too low of heat, you will get greasy fish

too high of heat, you will burn the fish

Cod works the best, but Salmon is pretty interesting option as well.

Rinse it off after thawing if you use frozen fish, excess water will make your oil spatter

Pat it dry with paper towel – I use a lot of paper towel, but I feed five adults

If fish pieces are thick, cut into 1 inch-ish strips.

I use Panko fish batter for my batter. I don’t make it from scratch

Slowly place coated pieces of fish into the hot oil and let it cook until golden brown.

While that cooks, prepare your toppings.

1 cup of mayo or Miracle Whip

Make sure it is ripe—soft, not hard

Mash it wit a fork

Sprinkle salt and pepper on it

Spread some of the Avocado mixture on a tortilla

Place a strip or two of fried fish on top

For Him and My Family, September 27

She Lives To Read, September 30

Because I said so — and other adventures in Parenting, October 3 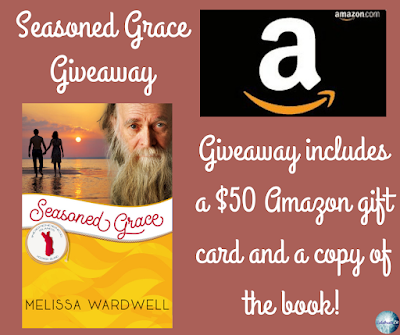 To celebrate her tour, Melissa is giving away the grand prize package of a $50 Amazon gift card and a copy of the book!!

Seasoned Grace is Melissa Wardwell’s contribution to the new Hooper Island series, which is a series by variety of authors. I absolutely loved this story. I thought it was fun and entertaining and a delight to read. It was, also, a quick, easy, and light read. I had no issue reading the whole book in just a couple of hours.

Seasoned Grace gets a five plus stars from me. I look forward to reading the next installment from the Hooper Island series, Kari Trumbo’s More Than a Heartthrob. I highly recommend this one for readers who enjoy sweet and clean romance with the beautiful element of faith and inspiration. They will not be disappointed. I loved every single page and am so glad I had the chance to read it.

I received a digital copy of Seasoned Grace from the publisher, but was not required to write a positive review. This review is one hundred percent my own honest opinion.