Blog Tour and Giveaway: Glimpses of the Savior by Shirley Crowder and Harriet E Michael 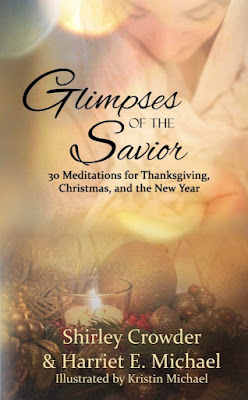 Book: Glimpses of the Savior

Finding Jesus Among the Celebrations and Decorations 50 Meditations for Thanksgiving, Christmas, and the New Year. In early November, our minds turn to the upcoming holiday season and the new year. We get busy preparing for Thanksgiving, Christmas, and the New Year, and all too often, we forget the real meanings of these celebrations. As Christ-followers, we can guard against this by focusing our hearts on God’s Word. Thanksgiving is a time to give God thanks; Christmas is the celebration of the birth of the Savior; the New Year brings new beginnings. This devotional book contains fifty meditations to help you find Jesus among the celebrations and decorations. Begin using the book the week before Thanksgiving and it will carry you into the New Year. 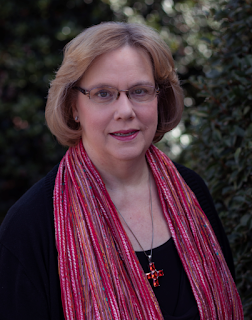 Shirley Crowder was born in a mission guest house under the shade of a mango tree in Nigeria, West Africa, where her parents served as missionaries. She and co-author Harriet E. Michael grew up together on the mission field and have been life-long friends. Shirley is passionate about disciple-making, which is manifested in and through a myriad of ministry opportunities: biblical counseling, teaching Bible studies, writing, and music.

She is a biblical counselor and is commissioned by and serves on the national Advisory Team for The Addiction Connection. Several of her articles have appeared in “Paper Pulpit” in the Faith section of The Gadsden Times, and in a David C. Cook publication. She also writes articles for Life Bible Study, Woman’s Missionary Union, and TheAddictionConnection.org. She has authored, co-authored, or contributed to ten books.

Shirley has spiritual children, grandchildren, and even great-grandchildren serving the Lord in various ministry and secular positions throughout the world. 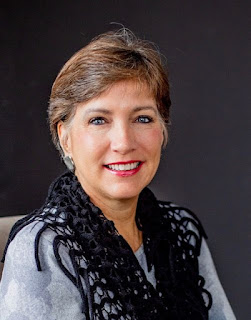 Harriet E. Michael was born in Joinkrama, Nigeria, deep in the African jungle in the Niger River Delta, where her father served as the only missionary doctor at that station. A few years later, the mission moved the family to a larger hospital in Ogbomoso. Co-author Shirley Crowder and her family lived right across the dirt road. The two children became constant playmates. Today they continue to enjoy their lifelong friendship.

Harriet is a multi-published, award-winning writer, and speaker. She has authored or co-authored eight books (seven nonfiction and one novel), with more under contract for future release. She is also a prolific freelance writer, having penned over 200 articles, devotions, and stories. Her work has appeared in publications by Focus on the Family, David C. Cook, Lifeway, Standard Publishing, Chicken Soup for the Soul, The Upper Room, Judson Press, Bethany House, and more. When not writing, she loves speaking to women’s groups and teaching writing workshops on freelance, devotional, and memoir writing.

She and her husband of over 40 years have four children and three grandchildren. When not writing, she enjoys substituting at a Christian school near her home, gardening, cooking, and traveling.

More from Shirley and Harriet

From Africa to America, Lifelong Friends

Deep in the heart of the African jungle in the Niger River delta of eastern Nigeria, the first cry of a newborn baby echoed from a small jungle hospital. The baby was a gir, the third child of medical missionaries, Alice and Keith Edwards. They named their daughter Harriet after Keith’s mother.

Joinkrama is located across the Niger River in the far eastern part of Nigeria. There were no bridges when Alice and Keith set out for their new home so long ago. They crossed the river in a large passenger thatched-roof, canoe-type boat. Joinkrama lies in the small section of Nigeria that is within the tropical rain forest. And it fit the role, with monkeys swinging in the trees, parrots, canaries, and other colorful birds sitting on branches and thatched roofs of the houses, and elephants in the nearby jungle sometimes getting a little too close for comfort. And of course, there were poisonous snakes to watch out for and crocodiles in the river. Children never played on the riverbanks, and swimming was absolutely prohibited! It was in this almost magical setting that Harriet was born.

Though the little jungle hospital was equipped for surgery, and the preferred place to give birth, it was not where Alice wanted to convalesce after giving birth, so she was transported home on a stretcher carried by four men, as it was much too far to walk just after giving birth. As Alice lay on the stretcher with newborn Harriet sleeping in her arms, the villagers they passed thought she and the baby had died in childbirth, people began to weep and mourn.

Alice quickly sat up and waved and held baby Harriet up for them to see. The villagers’ weeping turned to dancing and cheering as they followed her home, dancing, and praising God.

Harriet and her family stayed in this remote part of Nigeria for a year until the other family returned from furlough. At that time, they went for another year to Oyo, Nigeria, to language school and then on to Ogbomoso in central Nigeria, where they stayed the next ten years. Keith practiced medicine at the hospital in Ogbomoso, and Alice worked with him as a nurse.

October 24 of the same year Harriet was born …

Deep in the Yoruba country of southwestern Nigeria, some 260 miles away from Joinkrama, piercing through the tropical night sounds, was heard the first cry of another baby born in a guesthouse in Ogbomoso, under the shade of a mango tree. This baby was also a girl, the fourth child of missionaries Jeannie and Ray Crowder.

Early in the morning, missionary doctors Bill Williams and Ruth Berry, the second woman to ever graduate from the Medical College of Alabama, delivered this baby girl. Single missionary nurse, Lolete Dotson, an MK from South Africa who served a total of 25 years in Nigeria, stood beside the baby’s mom, holding her hand, wiping her face with a wet cloth, and whispering encouraging words.

The family thought the fourth baby would be a second Timothy, yet Shirley Jeanne arrived instead. The Nigerians gave her the name Bamidele, which means “come home with me.” It is a name given to a child born in a place that is not his or her parent’s home. The name was given by the Nigerians to missionary babies, both male and female, who were born there. This is Harriet’s Nigerian name as well.

Several years later, the Crowders moved to Ogbomoso. Ray served as administrator of the 96-bed hospital, and Jeannie taught kindergarten and ministered to the Nigerian women with home visits and Bible studies. Harriet’s parents worked at the Ogbomoso hospital with Ray.

Harriet ended up living just up the dirt road from Shirley. They played together nearly every day and formed a friendship that remained, even after years and distance separated them.

Who knew that these little babies would grow up and write books together? The Edwards and the Crowders stayed in contact throughout the decades. At the annual Nigeria Mission Reunion, Harriet and Shirley reconnected and discovered they both liked to write and they shared similar theological beliefs. A series of social media posts sparked the idea of writing a devotional book together. Glimpses of the Savior is the result of that idea. And here we are today still writing books together.

For Him and My Family, October 28

She Lives To Read, November 1

The Meanderings of a Bookworm, November 2

Because I said so — and other adventures in Parenting, November 4 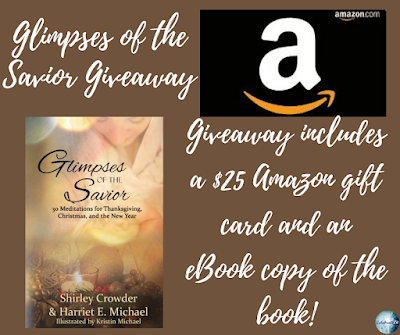 To celebrate their tour, Shirley and Harriet are giving away the grand prize package of an eBook copy of the book and a $50 Amazon gift card!!

Glimpses of the Savior: 50 Meditations for Thanksgiving, Christmas, and the New Year is just what I needed at this moment. I found so much faith and grace with each meditation. Each one are very short to read every morning with a cup of coffee and start the day. I plan on reading it again when it gets closer to Thanksgiving. It is a good way for me to be reminded of God’s love.

Glimpses of the Savior: 50 Meditations for Thanksgiving, Christmas, and the New Year is getting five stars from me. I recommend it for readers who are needing inspiration during the holidays and even throughout the year.

I received a digital copy of Glimpses of the Savior: 50 Meditations for Thanksgiving, Christmas, and the New Year from the publisher, but was not required to write a review. This review is one hundred percent my own honest opinion.