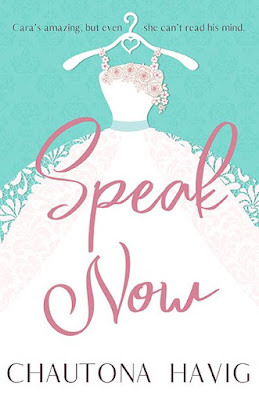 Some say you only love once. They’re wrong.

Ask Jonathan Lyman. Still grieving for his wife, he walks into that wedding with no idea his entire life is about to change. It was just supposed to be a simple—oh, who am I kidding? It was supposed to be a typical, lavish, family wedding.

But there’s nothing typical about falling in love with a woman walking down the aisle. So to speak.

Cara Laas is falling hard and fast for a man whose heart doesn’t want to let go of the past and is rushing to meet her in the present. At the same time. That she’s half in love with his children doesn’t help, either.

Their attraction may be their undoing, but is either ready for “till death do us part?”

She’s a master at making others comfortable. He’s never comfortable talking, but if he wants her heart, he’s going to have to speak—now sooner than later, if you don’t mind. 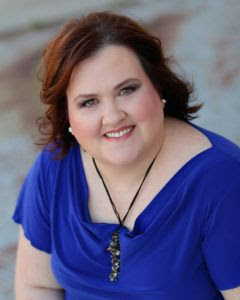 The article condemned the overuse of dialogue. I did a bit of research, and my heart sank. It seemed dialogue was out. Lyrical prose was in. Great. Just what I needed.

I write a decidedly dialogue-driven story. Always have.

Every time I tried to shift character discussions into narrative, my prose took a nose-dive into a tank of boring info-dumping. Blech. Those characters wanted to talk. They didn’t want me to tell readers what they wanted to say. They wanted me to let them tell their story as they lived it.

Characters can be pretty demanding.

Then Jonathan stepped up. He didn’t talk—didn’t want to talk. In fact, he didn’t like it. Refused to do it. And yet… how could he hope to get to know a woman who fascinated him if he didn’t at least ask questions to get her to carry most of the conversation.

Research says that if you gaze into someone’s eyes for four minutes, you’ll develop a strong bond with that person. I suspect that’s what “love at first sight” is. Two people who foolishly keep gazing into a stranger’s eyes long enough to form that bond. Or something.

I also suspect that’s what happened to Jonathan that night.

So here I had a character who did not like to talk. And aside from self-absorbed people, most of us don’t like to carry an entire conversation alone, so the woman he met that night, Cara, wouldn’t enjoy chatting all by herself all night.

Look, I tried to make it less dialogue-driven and not all info-dumpy. I tried to keep it an engaging read without so much discussion. But the dialogue refused to go away. It wanted its place. It needed to be there.

So I caved, certain I was going to be a mediocre writer for the rest of my life.

I hated that book for so long. In fact, I never intended to publish it. Why would I put something out there so very bad? The articles, books, videos—all the things I’d read said I was doing something wrong.

Except one friend. Michele loved the story—begged for new installments. Pleaded with me to finish it. So, I did. For her. I published it, even. Only for her. And you know what? I still hated it.

Despite that book having the best scene I’ve ever written in it.

No joke. There’s a scene in there that I’m always amazed to realize that I wrote. It’s powerful and raw and oh, so poignant. And yes, there are words in it—spoken words by my characters.

A few years passed. I still didn’t like the book. In my mind, it was a failure.

Then someone said something to me one day. “You are so good at dialogue.”

Later, someone else said it again. And later, I heard it again. Here I’d spent all this time and frustration fighting against one of my biggest writing strengths. Because some article made me question the best way to write. When I did searches on writing good dialogue, guess what? I found rebuttal arguments that included references to books I loved. Oops.

To say my eyes opened, and I saw something new in that story might be overkill. If anything, I assumed that meant it was as bad as I thought.

I felt certain that was why I didn’t like that book. It didn’t have “my” dialogue. So I reread it, determined to figure out if I should rewrite the whole thing with more.

Okay, Speak Now may never make my top-ten favorites of the books I’ve written. In fact, I guarantee it won’t.

But it won’t make the bottom ten anymore, either. In fact, it’s closer to top than bottom these days. And now it has a new cover, which I’m sure my daughter is pleased about. As the photographer for my original cover, she hated how I blew out the highlights on it. I loved the effect for that book, but with new editing, a few dialogue changes, and of course, that scene I love so much (and one tiny subplot that I never explored well changed for something else), it needed a new cover. And so I have it now. Introducing Speak Now 2.0. I’m so excited to share this book with the world.

Because I said so — and other adventures in Parenting, November 9

She Lives To Read, November 13

The Meanderings of a Bookworm, November 15

Spoken from the Heart, November 16 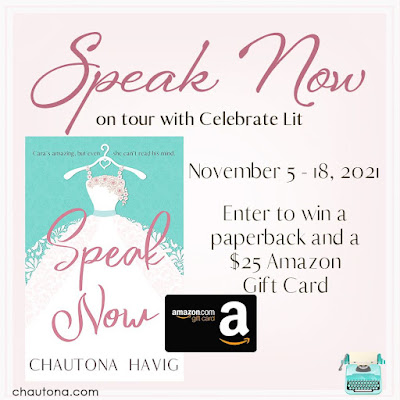 To celebrate her tour, Chautona is giving away the grand prize package of $25 Amazon gift card and a copy of Speak Now!!

Speak Now is another great story by Chautona Havig. It is part of her The Rockland Chronicles series. Even though, it is part of a series, it can be read as a stand alone. I found it to be a wonderful. I adored characters, Jonathan and Cara, and I enjoyed spending time with them. I, especially, felt an instant connection to Jonathan and understood what he was going through. I was entertained from start to finish.

I am giving Speak Now a very well deserved five plus stars. I highly recommend it for readers who are looking for sweet and clean romantic reads. I would love to read more like this by Chautona Havig in the future, as well as, the other books from The Rockland Chronicles series.

I received a digital copy of Speak Now from the publisher, but was not required to write a positive review. This review is one hundred percent my own honest opinion.