Blog Tour: Review and Giveaway: The Tides Between by Elizabeth Jane Corbett 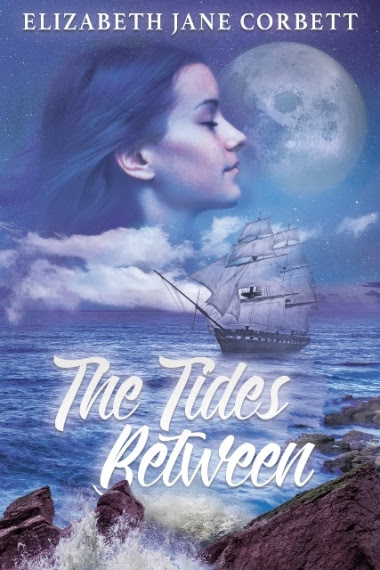 The Tides Between by Elizabeth Jane Corbett

She fancied herself part of a timeless chain without beginning or end, linked only by the silver strong words of its tellers. In the year 1841, on the eve of her departure from London, Bridie's mother demands she forget her dead father and prepare for a sensible, adult life in Port Phillip. Desperate to save her childhood, fifteen-year-old Bridie is determined to smuggle a notebook filled with her father's fairytales to the far side of the world. When Rhys Bevan, a soft-voiced young storyteller and fellow traveller realises Bridie is hiding something, a magical friendship is born. But Rhys has his own secrets and the words written in Bridie’s notebook carry a dark double meaning. As they inch towards their destination, Rhys's past returns to haunt him. Bridie grapples with the implications of her dad’s final message. The pair take refuge in fairytales, little expecting the trouble it will cause. 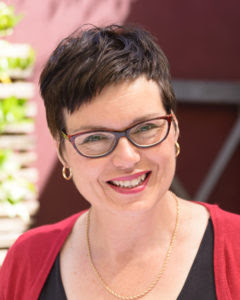 When Elizabeth Jane Corbett isn’t writing, she works as a librarian, teaches Welsh at the Melbourne Celtic Club, writes reviews and articles for the Historical Novel Society and blogs at elizabethjanecorbett.com. In 2009, her short-story, Beyond the Blackout Curtain, won the Bristol Short Story Prize. Another, Silent Night, was short listed for the Allan Marshall Short Story Award. An early draft of her debut novel, The Tides Between, was shortlisted for a HarperCollins Varuna manuscript development award. Elizabeth lives with her husband, Andrew, in a renovated timber cottage in Melbourne’s inner-north. She likes red shoes, dark chocolate, commuter cycling, and reading quirky, character driven novels set once-upon-a-time in lands far, far away. For more information, please visit Elizabeth Jane Corbett's website. You can also connect with her on Facebook, Twitter, Google+, Pinterest, and Goodreads.


The Tides Between – a story about the importance of stories


Some authors start out with a strong idea of the themes they want to explore in their work. But for me, the process always starts with a character. In The Tides Between, this character was a young girl called Bridie who had lost her father in tragic circumstances. She was holding onto idealised memories of him. I had this idea that a creative young couple would help her to come to terms with her loss during the long sea voyage to Australia. Due to a serendipitous process involving my mother’s Welsh heritage and my childhood emigration to Australia, I read the Mabinogion and a host of other Welsh fairy tales. My couple became storytellers.
I’d like to say that my themes emerged along with that decision. But in my early drafts of The Tides Between, I simply used Welsh stories to establish Rhys and Sian as storytellers and to forge a connection between them and Bridie. The individual tales were quite incidental to the plot. However, during my re-drafting, I realised that the stories had to work harder if they were to earn their place in the narrative. Rather than being brief and incidental, they had to become central to the novel. In the end, I decided each story had to work on three levels.
As I re-worked the stories in The Tides Between according to those criteria my novel’s themes began to emerge. So, that strangely, like its embedded fairytales, the novel now also works on three levels.


On the surface, it is a simple coming-of-age story. A girl becomes a woman. But like Bridie, Rhys and his wife Sian, have also been let down by their fathers. So, on another level The Tides Between tackles issues of failed marriage, blended families, abuse, and mental health breakdown. However, running like a thread beneath these themes is the importance of stories.
It is no accident that most of the world’s belief systems are based on narrative. Whether a novel, film, oral folk tales news story, or specifically religious writing, stories help us make sense of our lives. I didn’t set out to develop that theme. It grew organically out of Rhys and Bridie’s friendship. However, in it, I see something of my own journey. For example, when Rhys says: ‘Painful, it is, when the words that once brought comfort lose their voice. It’s not the stories that are at fault. Or that we were foolish to believe. Only that we must learn to see with different eyes.’ I am expressing something of my own, evolving relationship with a group of ancient writings commonly known as the Bible. Similarly, when another character reflects: ‘There were no easy answers only love and people who were complex.’ I am speaking out of my own growth in understanding – an understanding that life is not black and white, that some of the easy answers I once accepted are no longer satisfying – and that is okay because love and life and even faith are beyond simple understanding.


I will leave you with a section of the novel in which Bridie reacts to Rhys’s telling of the traditional Welsh story of Llyn y Fan Fach.
***
Bridie didn’t know how long she sat there after the story finished. An age it seemed—with her chest heaving and her hanky sodden, thinking of babies called home before their time, her dad’s long and bitter illness, his strange, turbulent moods, Ma’s even-now bitterness. She became aware of Siân’s soft humming, Rhys’s dark, considered gaze, the knot of onlookers drifting away. She sniffed, dabbing at her eyes.
‘Sorry. I won’t cry every time.’
‘No need to apologise, Bridie Stewart. There is no greater compliment to a story teller.’
‘But…Rhys? Do you think she wanted to leave?’
‘I don’t know, bach. The story doesn’t tell us. Only that the maiden loved Ianto enough to thrust her sandaled foot forward and that she bore him three fine sons.’
‘But, laughing at a funeral, sobbing at a wedding? She wouldn’t have done those things if she’d loved him.’
‘We don’t know why the Fairy Woman laughed at the funeral, bach. Or indeed, why she sobbed at a wedding. Maybe she mourned for the bride, seeing problems others could not perceive. Maybe she grieved for her first life, the ones she’d left behind. But that doesn’t mean she didn’t love Ianto. Or that she wanted to leave him.’
‘I think it does. I think she hated him.’
‘Indeed, that is why you feel the story so deeply. You are not alone in that, Bridie bach. No doubt, Ianto asked himself the same questions. For they are the questions of the ages—how we tell a true story from one fashioned merely for entertainment. For in the plight of each character, we confront our heart’s reasons. Do not fear those reasons, bach, be they ever so painful. Only promise you’ll write about them in your own version of the story.’

During the Cover Reveal we will be giving away a signed copy of The Tides Between and Bookplate! To enter, please enter via the Gleam form below. Giveaway Rules – Giveaway ends at 11:59pm EST on December 15th. You must be 18 or older to enter. – Giveaway is open INTERNATIONALLY. – Only one entry per household. – All giveaway entrants agree to be honest and not cheat the systems; any suspect of fraud is decided upon by blog/site owner and the sponsor, and entrants may be disqualified at our discretion. – Winner has 48 hours to claim prize or new winner is chosen. The Tides Between

The Tides Between is the fabulous debut by Elizabeth Jane Corbett. I enjoyed getting to know Bridie throughout the book. I found the storyline to be quite unique, weaving magical tales with the beauty of learning how to redeem oneself. I was captivated from the start until the very end. I had no problem finishing it in just a few hours.

I most definitely will be looking forward to more by Elizabeth Jane Corbett in the future.