Feast your eyes upon the new covers for Voice of the Falconer and Fortune's Fool, books #2 and #3 in Blixt's Star-Cross'd series! Based on the plays of William Shakespeare, the poetry of Dante, and the history of Italy, the Star-Cross'd Series is a tale of wars won, friendships lost, and conspiracies both mortal and stellar, an epic journey into the birth of the Renaissance that recalls the best of Bernard Cornwell and Dorothy Dunnett. 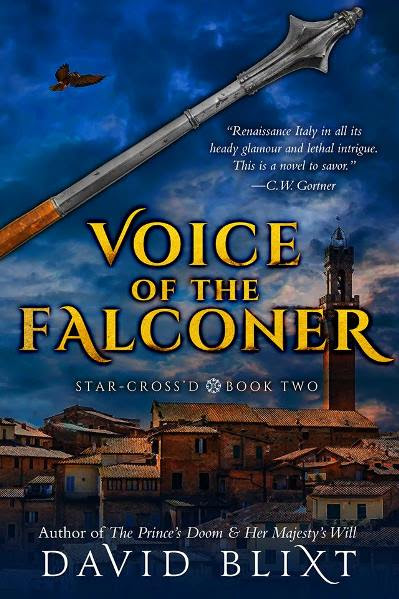 Voice Of The Falconer (Star-Cross'd #2) by David Blixt

Italy, 1325. Eight years after the tumultuous events of THE MASTER OF VERONA, Pietro Alaghieri is living as an exile in Ravenna, enduring the loss of his famous father while secretly raising the bastard heir to Verona's prince, Cangrande della Scala. But when word of Cangrande's death reaches him, Pietro must race back to Verona to prevent young Cesco's rivals from usurping his rightful place. With the tentative peace of Italy at stake, not to mention their lives, Pietro must act swiftly to protect them all. But young Cesco is determined not to be anyone's pawn. Willful and brilliant, he defies even the stars. And far behind the scenes is a mastermind pulling the strings, one who stands to lose - or gain - the most. Born from Shakespeare's Italian plays, in this novel we meet for the first time Romeo, Juliet, Tybalt, the Nurse, as well as revisit Montague and Capulet, Petruchio and Kate, and the money-lending Shylock. From Ravenna to Verona, Mantua to Venice, this novel explores the danger, deceit, and deviltry of early Renaissance Italy, and the terrible choices one must make just to stay alive.

"For anyone who has not yet read one or more of David's novels, you are about to hit the literary lottery. Yes, he is that good. In his hands, history comes to bright, blazing life." -Sharon Kay Penman
"Dante's Italy and the internecine, blood-feuding struggle of the dominant families of the northern city states. This story of corruption and the quest for power is as compelling as Mario Puzo's Godfather and as thrilling as any of Rafael Sabatini's historical adventures." -Peter Tremayne 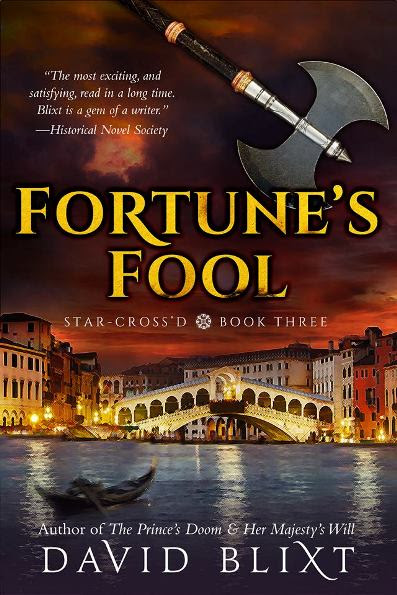 Italy, 1326. While the brilliant and wily Cesco is schooled in his new duties at the hand of a hard master, Pietro Alaghieri travels to Avignon, current seat of the Papacy, to fight his excommunication and plead for Cesco's legitimacy. He doesn't know an old foe has been waiting to ruin Pietro's life and seize control of Verona for himself. Back in Verona, separated from everyone he trusts, Cesco must confront his ambitious cousin, a mysterious young killer, and the Holy Roman Emperor himself. A harrowing series of adventures reveal a secret long hidden, one that threatens Cesco's only chance for true happiness. Inspired by Shakespeare, Dante, and Petrarch, full of Renaissance intrigue and passion, this third novel in Blixt's acclaimed Star-Cross'd series reflects the heights of drama, exploring the capricious whims of lady Fortune, who has her favorites - and her fools.

"This is one of the most exciting, and satisfying, reads that I have immersed myself in for a long time. David Blixt is a gem of a writer." -Helen Hollick

The 10th Anniversary Edition of The Master of Verona is now available in eBook, Paperback, & Audiobook! 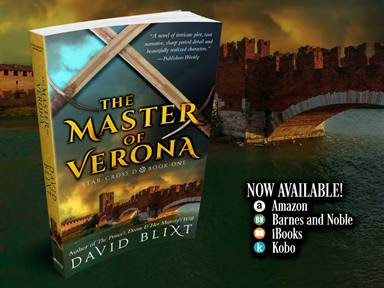 For additional reading on the Capulet-Montague feud, The Origin of the Feud is out November 28th! 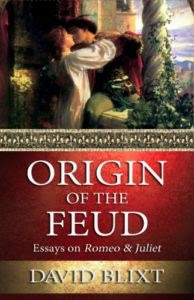 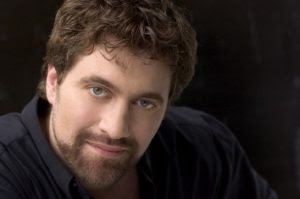 David Blixt‘s work is consistently described as “intricate,” “taut,” and “breathtaking.” A writer of Historical Fiction, his novels span the early Roman Empire (the COLOSSUS series, his play EVE OF IDES) to early Renaissance Italy (the STAR-CROSS’D series) up through the Elizabethan era (his delightful espionage comedy HER MAJESTY’S WILL, starring Will Shakespeare and Kit Marlowe as inept spies). His novels combine a love of the theatre with a deep respect for the quirks and passions of history. Living in Chicago with his wife and two children, he describes himself as “actor, author, father, husband. In reverse order.” For more information, please visit David Blixt's website. You can also find him on Facebook, Twitter, and Goodreads.

During the Cover Reveal we will be giving away a $25 Amazon Gift Card! To enter, please enter via the Gleam form below. Giveaway Rules – Giveaway ends at 11:59pm EST on December 15th. You must be 18 or older to enter. – Giveaway is open INTERNATIONALLY. – Only one entry per household. – All giveaway entrants agree to be honest and not cheat the systems; any suspect of fraud is decided upon by blog/site owner and the sponsor, and entrants may be disqualified at our discretion. – Winner has 48 hours to claim prize or new winner is chosen. David Blixt