Blog Tour and Giveaway: A Black Matter for the King by Matthew Willis / JA Ironside 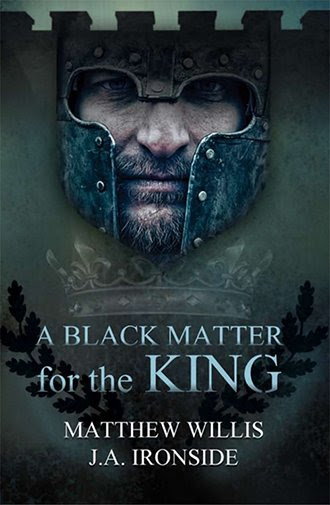 A Black Matter for the King by Matthew Willis & J.A. Ironside

TWO POWERFUL RIVALS -- ONE DECISIVE BATTLE Now a political hostage in Falaise, Ælfgifa forms an unlikely friendship with William, Duke of Normandy. William has been swift to recognize her skills and exploit them to his advantage. However, unbeknownst to the duke, Gifa is acting as a spy for her brother, Harold Godwinson, a possible rival for the English throne currently in the failing grip of Edward the Confessor. Homesick and alienated by the Norman court, Gifa is torn between the Duke's trust and the duty she owes her family. William has subdued his dissenting nobles, and a united Normandy is within his grasp. But the tides of power and influence are rarely still. As William’s stature grows, the circle of those he can trust shrinks. Beyond the English Channel, William has received news of Edward's astonishing decree regarding the succession. Ælfgifa returns to an England where an undercurrent of discontent bubbles beneath the surface. An England that may soon erupt in conflict as one king dies and another is chosen. The ambitions of two powerful men will decide the fates of rival cultures in a single battle at Hastings that will change England, Europe, and the world in this compelling conclusion to the Oath & Crown series on the life and battles of William the Conqueror.

"There is little which is quite so exciting for me as discovering afresh, new talent in historical writing. In Willis and Ironside I feel I've found two writers who can carry me back to the past and can show me a time when, amid the brutality and irrationality of politics, there were still great characters, men of vision and daring, and women of intelligence and foresight. In fact these stories are a lot more than a short war series. They are a rich, extraordinarily well-researched, and meticulously told history of love, jealousy, honour, betrayal, deceit and death. It gives one version - convincingly told - of the curious oath sworn by Harold to William, but it is also the story of different nations, different cultures, and the clash when two warlords desire the same thing. In case I hadn't made it obvious, I loved these books. Sweeping history, battles galore, treachery, a cast of glorious, well-depicted characters - all in all, a fabulous story told brilliantly." - Author Michael Jecks 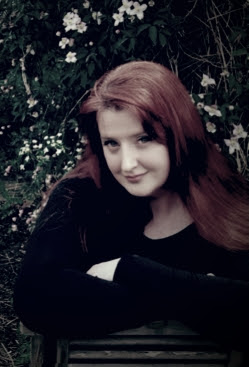 J.A. Ironside (Jules) grew up in rural Dorset, surrounded by books - which pretty much set he up for life as a complete bibliophile. She loves speculative fiction of all stripes, especially fantasy and science fiction, although when it comes to the written word, she's not choosy and will read almost anything. Actually it would be fair to say she starts to go a bit peculiar if she doesn’t get through at least three books a week. She writes across various genres, both adult and YA fiction, and it’s a rare story if there isn’t a fantastical or speculative element in there somewhere. Jules has had several short stories published in magazines and anthologies, as well as recorded for literature podcasts. Books 1 and 2 of her popular Unveiled series are currently available with the 3rd and 4th books due for release Autumn/ Winter 2017. She also co-authored the sweeping epic historical Oath and Crown Duology with Matthew Willis, released June 2017 from Penmore Press. Jules now lives on the edge of the Cotswold way with her boyfriend creature and a small black and white cat, both of whom share a god-complex. 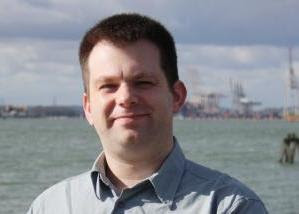 Matthew Willis is an author of historical fiction, SF, fantasy and non-fiction. In June 2017 An Argument of Blood, the first of two historical novels about the Norman Conquest co-written with J.A. Ironside, was published. In 2015 his story Energy was shortlisted for the Bridport short story award. Matthew studied Literature and History of Science at the University of Kent, where he wrote an MA thesis on Joseph Conrad and sailed for the University in national competitions. He subsequently worked as a journalist for Autosport and F1 Racing magazines, before switching to a career with the National Health Service. His first non-fiction book, a history of the Blackburn Skua WW2 naval dive bomber, was published in 2007. He now has four non fiction books published with a fifth, a biography of test pilot Duncan Menzies, due later in 2017. He currently lives in Southampton and writes both fiction and non-fiction for a living.

During the Blog Tour we will be giving away a signed copy of A Black Matter for the King to one lucky reader! To enter, please enter via the Gleam form below. Giveaway Rules – Giveaway ends at 11:59pm EST on September 23rd. You must be 18 or older to enter. – Giveaway is open INTERNATIONALLY. – Only one entry per household. – All giveaway entrants agree to be honest and not cheat the systems; any suspect of fraud is decided upon by blog/site owner and the sponsor, and entrants may be disqualified at our discretion. – Winner has 48 hours to claim prize or new winner is chosen. A Black Matter for the King

A Black Matter for the King is the second installment from the Oath and Crown series. I loved the first book, An Argument of Blood, and this one does not disappoint. I enjoyed seeing through the authors’ eyes of how history played out between William the Conqueror and Harold Godwinson that led up to the battle at Hastings. The historical details and descriptions are so vivid that I felt like I was right there living among the people.

A Battle Matter for the King is an excellent book. I hope the two authors will continue to write historical fiction.

I received this book from the authors. This review was 100% my own honest opinion.