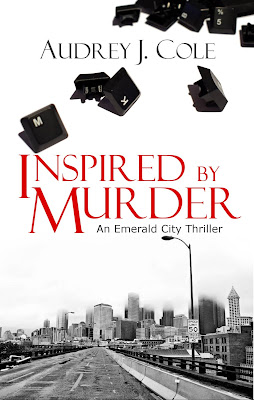 Disillusioned with his day job, psychiatrist Eric Leroy yearns to fulfill his true destiny of becoming a New York Times bestselling author. But there is one thing he lacks to create an enthralling murder mystery: real-life inspiration.

The nation is shocked when a famous Seattle resident and his wife are found dead in their upscale Madison Park neighborhood. It looks like murder-suicide, but Detective Blake Stephenson isn’t convinced. Stephenson begins to suspect the doctor when more people connected to Dr. Leroy turn up dead.

As Stephenson investigates Dr. Leroy, he uncovers a dark, twisted past filled with secrets. Meanwhile, the headlines are reeling with a killer on the loose in Seattle. As the death toll rises, Stephenson struggles to find enough evidence to arrest the doctor—before he kills again.

No sooner had he started typing when he heard the familiar sound of his neighbor's drums pulsating through the wall. He tried to tune it out, but the beat grew louder, faster. He couldn't think straight.

He needed total silence when he wrote. He found any noise, even classical music, a total distraction that blocked his creative pathways. While he would've loved to get lost in his favorite AC/DC album while he crafted his novel, that is exactly what his novel would be if he did: lost.

In his book, On Writing, Stephen King tells how he cranks head-banging hard metal while he pens his manuscripts. Eric was in awe of this. For him, that would be utterly impossible. His genius was best unleashed in the quiet.

His neighbor never drummed this late. At least, he never did until Eric asked him not too. The throb of the drums felt like it was coming from inside Eric’s head. He couldn't take it anymore. He jumped out of his chair and marched down the hall to his door. He banged twice. Then again. But the drums didn't stop. He banged again, but his neighbor probably couldn't hear it over his obnoxious drumming.

Eric took a deep breath and tried to calm down. But his anger about Dwayne's arrest, his new dud of a secretary, and his neighbor's relentless drumming was an overwhelming force he could no longer contain.

He had tried to be nice. If his neighbor had answered the door, he would've politely asked him to stop. But now he had forced his hand. There was only one thing left to do. Eric turned back for his apartment to retrieve his gloves, lock-picking kit, and something he could use to strangle the drummer. 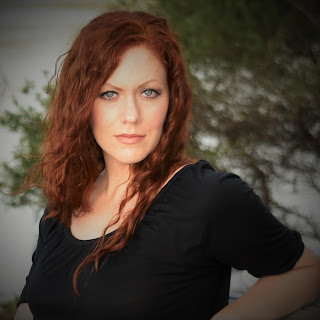 Audrey J. Cole is a registered nurse and a writer of thrillers set in Seattle. After living in Australia for the last five years, Audrey now resides in the Pacific Northwest with her husband and two children.

Audrey J. Cole will be awarding a $10 Amazon or Barnes and Noble GC to a randomly drawn winner via rafflecopter during the tour.

Inspired by Murder is a great read. It is one of those books that have twists and turns that a reader could not predict or expect. Making for a good page turner. As I was seeing if the author, Audrey J Cole, has other books released, I was excited to find out she does. Which I will be adding to my wish list. This one kept me engaged and on the edge of my seat waiting to see what would happen next.

I give Inspired by Murder four stars.