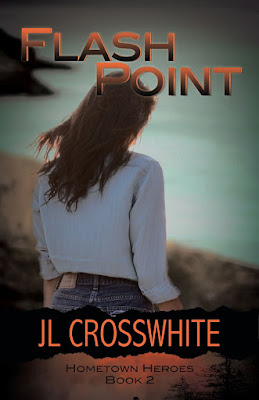 She’s a directionally-challenged architect who stumbled on a crime that could destroy her life’s work. He’s a firefighter protecting his hometown… and the woman he loves.

Directionally-challenged architect Sarah Brockman never thought getting lost on the way to a job site would put her life in danger. When the man who helps her out goes missing, Sarah is the last one that saw him. But her attempts to help the police thrust her into a series of events that could cost her—and those close to her—everything.

Fire Captain Joe Romero is navigating personnel problems on his squad as well as a woman from his past who has come back to haunt him. But he has let too many things get in the way of his pursuit of Sarah. And now that she is in danger, he’ll stop at nothing to protect her. Even if it comes with a big price.

With Sarah’s architectural firm and Joe’s career at risk, they must learn to trust each other completely if they want to find the man trying to burn down everything dear to Sarah. But can they discover his identity in time? Or will they lose everything, including each other?

Flash Point is book 2 in the Hometown Heroes series, but it can be read as a stand alone. If you like Christian romantic suspense and nail-biting page turners, you’ll love this journey of trust and survival. Read Flash Point and jump into the adventure today.

Releases January 16, 2019 on Amazon Click here for the link

Other books in the series are also going on sale to celebrate the release.

Promise Me the prequel novella, will be on sale for 99 cents January 24-25.

Protective Custody, book 1 in the series, will be on a Kindle Countdown sale starting January 16 and running through the 21. 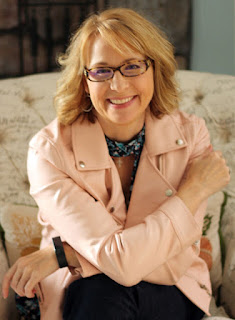 JL Crosswhite's favorite thing is discovering how much there is to love about America the Beautiful and the great outdoors. She's an Amazon bestselling author, a mom to two navigating the young adult years while battling her daughter’s juvenile arthritis, exploring the delights of her son’s autism, and keeping gluten free. A California native who’s spent significant time in the Midwest, she's thrilled to be back in the Golden State. Follow her on social media to see all her adventures and how she gets inspired for her books!

Flash Point is the second installment from the Hometown Heroes series by JL Crosswhite. I have enjoyed the previous books in this series and this one does not disappoint. This one is my favorite to date. The mystery and suspense that surrounds Joe and Sarah kept me fascinated and not want to put it down until I was finished in one sitting.


Flash Point gets five plus stars from me. I am hoping there will be more in the Hometown Heroes series in the future.


I received this book from the publisher, but was not required to write a review. This review is 100% my own honest opinion.
Posted by Amybooksy at 2:00 AM