Secret Girlfriend & Secret Life by Bria Quinlan for YA LOVE 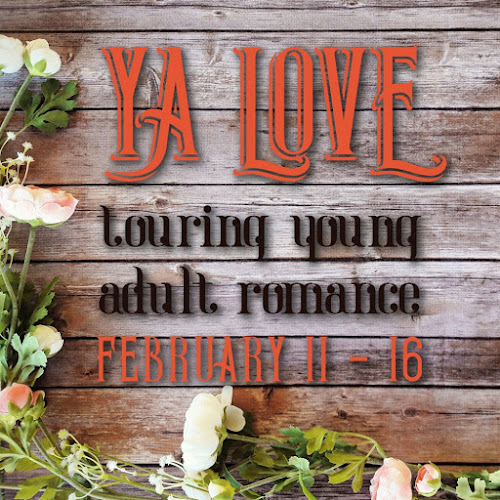 Secret Girlfriend & Secret Life by Bria Quinlan for
YA LOVE 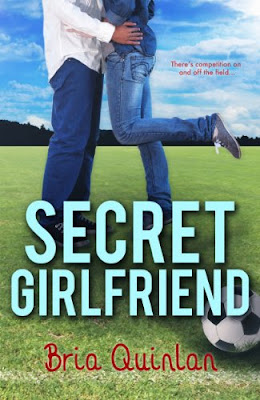 Since her mom died, Amy Whalen’s been invisible—but not in the cool, superpower kind of way. Overlooked at school and ignored at home, Amy holds tight to her few constants: running, painting, and her long-held crush on soccer god, Chris Kent. But as senior year nears, Chris doesn’t just notice her, he needs her.

Amy will agree to almost anything to be with him.

Everything is great—sort of—until Luke Parker shows up for soccer tryouts and sees through every one of Amy’s defenses. When Luke decides he wants Chris’s spot on the team and wouldn’t sneeze at the captain’s jersey either their rivalry spins out of control. 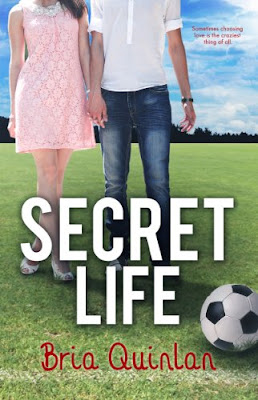 Rachel's been keeping secrets for years. No one outside her family knows about the panic attacks or meds, the weekly therapy drive-bys or the “safe” outfit. If she could hide it all from her string of ex-boyfriends and her best friend Amy, then why should anything change? But, when the one guy as messed up as she is blackmails her into helping him, life goes from closely restrained to out of control.

Sometimes choosing between sanity and love is the craziest thing of all.

What would you do if you finally got what you wanted, but had to keep it a secret?

That’s what happens to Amy Whalen.

She’s finally gotten the attention of the guy she’s been crushing on for years, only he’s got some stupid plan and lots of rules and a “public persona” girlfriend to go with them that do not include Amy.

But, that’s not weird, right? I mean, her mom left her (okay, died) and her dad has been MIA for 4 years even if he does make sure that house is paid for and food occasionally shows up in the kitchen. She hasn’t even seen him in months.

So maybe she’s just that girl…the second-best girl and she should take what she can get, right?

That is, until the new guy shows up at tryouts and makes her (and her secret boyfriend) challenge everything they thought they knew about her.

Seven lockers down Chris Kent was making out with Cheryl, the way-too-perky head cheerleader.

I tried not to stare, but when his hand slid past her waist and over her hip, I slammed my locker shut and stormed off in the opposite direction. Not that anyone noticed. The problem? Not only was I that gorgeous jock’s secret girlfriend—I also had a secret power.

Okay, not invisible invisible. But, in the not-so-mythical land of Highschoolia where blending in equals obscurity, I rated a negative seven JD on the Jane Doe to Lindsay Lohan Visibility Scale. I’d have been the first to tell you I didn’t mind. Well, typically.

I’d made a deal with the devil… I mean the boy… and stomping away was the only thing I could do.

That boy? Chris Kent? Yeah, he and his Plan might just kill me where Advance Trig had failed. But, with my dream guy as the self-proclaimed prize, what’s a girl to do?

I’d been only too happy to sign onto The Plan. And, since tryout sessions were closed, little Miss Wave-My-Butt-Around-In-My-Too-Short-Cheer-Skirt couldn’t show up to practice no matter how much she fluttered her eyelashes.

You see, I’ve been in love with Chris Kent since fifth grade and, as senior year was about to start, he was finally all mine—well, sort of.

All I had to do was follow The Plan until after Homecoming, track the soccer team’s stats with the same dedication Aunt Susan counted Weight Watcher’s points, and not kill Cheryl. Easy, right?

Yeah, right. Amy needs to do a little more than that – like figure out who she is, what she really wants, and not let the two guys in her life kill each other in the meantime. 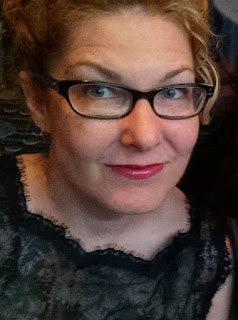 Quirky Girl and all around lovable klutz, Bria Quinlan writes Diet-Coke-Snort-Worthy Rom Coms about what it's like to be a girl and deal with crap and still look for love and books that take hard topics and make you laugh through your tears…or maybe cry through your laughter. Some people call them issue books. Some people call them romantic comedies. Bria calls them what-life-looks-like.

Her stories remind you that life is an adventure not to be ignored.

If these things are important to you: she’s an RWA RITA, RWA Golden Heart, & Cyblis nominee as well as a USA Today Best Seller, and natural blonde represented by the awesomely amazing Laird Lauren Macleod of the Clan…. Oh, wait. Of Strothman Agency. 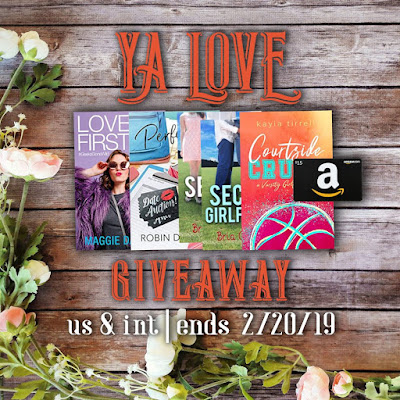