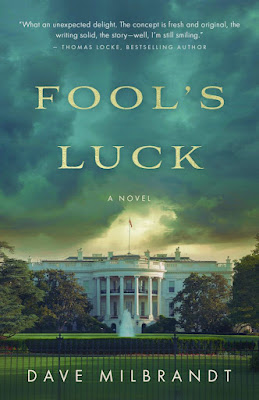 When high school teacher Myles Bradford wins the Powerball lottery, he decides to do something truly unexpected: run for President of the United States. Bradford is eager about the opportunity, but his family clearly is not. With little time to sway them to his side, he’s thrust into running a quarter-billion-dollar nationwide campaign, complete with cross-country flights and road trips, expert staff, and armed security. But like most dreams, Bradford soon finds that what he imagined is completely different from what is real. Thrust into the spotlight, he faces attacks from newfound political enemies and false accusations while striving to climb the ladder of success. As Bradford gets closer to achieving his dreams, danger lurks on the home front. As his attention is pulled farther away from the things that matter most, Bradford may learn that even success has its price. Will he be able to have it all? Or will his thirst for power come at a tremendous cost? 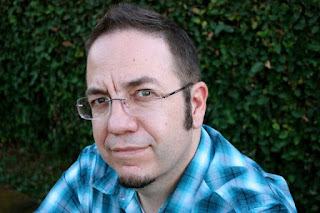 The author of the Jim Mitchell series of novels (Chasing Deception, Undue Pressure and Running), Dave Milbrandt fell in love with writing in junior high and has been a storyteller ever since. A former staff writer for a daily newspaper, the Southern California native spent five years in journalism and public relations before becoming a teacher.

In addition to working at several colleges, Dave has taught high school English and Social Science classes since 2005. Dave and his wife, Renée Lynn Milbrandt, who is also a writer, have been married since 1997.

Find out more about Dave and his latest projects at www.davemilbrandt.com

One of the benefits of being married to a fellow writer is that you have a built-in sounding board for story ideas. Your next novel can come from something as simple as a dinner conversation or one person musing out loud and before you know it, the two of you are heaping ideas on top of each other until the bare bones of a promising story emerge.

That’s how Fool’s Luck started. My bride and I were talking and she wondered aloud about why people who won the lottery don’t so something spectacular and world-changing with the the winnings. Before I knew it, we were talking about one “lucky” such person deciding to spend his winnings on a run for president of the United States, and my latest novel was born.

Like with all my books, first came the outline, followed by the research. For my previous trilogy (Chasing Deception, Undue Pressure and Running), the protagonist Jim Mitchell was a much more exciting version of myself, so I could write about being a journalist, college professor and political candidate (for the latter, I had worked enough campaigns to paint some broad brushstrokes).

With Fool’s Luck, however, the only part I could directly relate to was the fact Myles Bradford and I were both married high school teachers. But that was only going to take me so far. I had friends give me insight about life in other parts of the country, and fill in blanks about medicine and private security, but there were two parts of the story that I knew would involve details requiring some pretty in-depth, and sometimes painful, interviews.

The first major tale I had to tell was a political one and a good friend gave me insights that helped build out that side of the story with richness and depth.

The second story, the personal one, was much harder to flesh out. More than medical information, I needed emotions, real, raw emotions, to tell my story and give my characters depth. This need drove me to interview a parent of a former student of mine. Her story was so heart wrenching, so real, that it was hard to read without crying. Her willingness to share her story, to open up a wound, was brave beyond words. Her generosity helped me create a tale would ring true with my readers.

All storytelling is sharing the very real emotions of friends and family, strangers and acquaintances, in a fashion that retains the truth while weaving in enough fiction to keep the story true to itself. Balancing the nonfiction within the fiction with finesse is the key.

Making readers laugh once in a while along the way, well, that’s just the icing on the cake.

For Him and My Family, August 21

Because I said so — and other adventures in Parenting, August 23 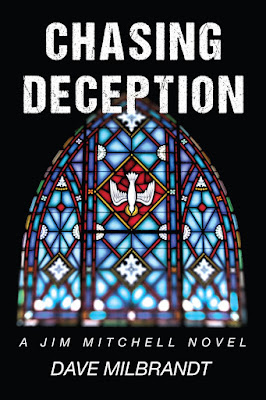 To celebrate his tour, Dave is giving away the grand prize of a paperback copy of Chasing Deception!!

Fool's Luck is the first book I have had the pleasure of reading by Dave Milbrandt. It definitely will not be the last. I thought this was a pretty good read. Myles Bradford’s story was fast paced with a lot of twists and turns I did not see coming. It is not one that can be easily predicted. I could not put it down until I was completely finished reading the whole book in one sitting. I loved every single page.

I am giving Fool's Luck a very well deserved five plus stars. I highly recommend it for readers who enjoy reading clean fiction that focuses on government and politics. I look forward to reading more by Dave Milbrandt in the future.

I received a paperback copy of Fool's Luck from the publisher, but was not required to write a positive review. This review is one hundred percent my own honest opinion.