Blog Tour and Giveaway: Girls of Summer by CE Hilbert 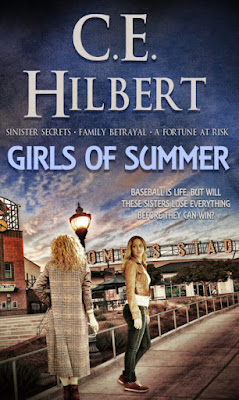 When Charlotte receives the news that her estranged father has passed away, she finds herself in small-town South Carolina, forced to partner with her half-sister in running the baseball team and family business. If she can make it through 365 long days of running her daddy’s business, she’ll inherit half his multi-million dollar fortune—money she desperately needs to rectify the sins of her mother.

But can a big city girl overcome small-town sass and the unwelcome guidance of too-handsome-for-his-own-good general counsel Mac Taylor, or will this uptown girl discover she is truly a southern girl of summer at heart? 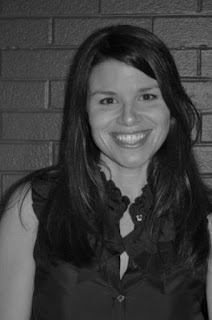 C.E. Hilbert lives in sleepy town outside Columbus, OH in a 120-year-old fixer-upper with her Golden Retriever, Georgie. She believes that life goes best with Jesus, cookies made with real butter, summers watching baseball and winters filled with hockey.

Did you ever have a fascination with an organization or an event? Maybe you are a World War II buff like my friend Nick or you have a deep appreciation (or obsession) for all things Star Wars like my nephew Alex? Maybe you were entranced with a book series or a television series? For me, I had a deep curiosity about organized crime in high school and college. I know, odd choice of interest, but my fascination was so deep I spent a semester being advised and mentored by a sitting federal judge and the head of our local FBI office on a school project about the impact of the Cosa Nostra in Ohio.

I, like so many people who have read Mario Puzo’s “The Godfather” or seen the movie adaptation, was infatuated with the romance the family drama told. I hadn’t really considered the destruction or lack of care for human life that actually existed within the American Mafia until I studied the organization. Although my curiosity continued, no longer did I see Michael Corleone’s story as a well-crafted work of fiction, but rather an overly romanticized view of a world of corruption and depravity. What I learned from those two mentors was simple – cut off the head of one organization and two more will rise in its place. The Cosa Nostra’s influence on America has waned in recent years, but organized crime is unfortunately alive and well.

In Girls of Summer, we see a glimpse of the impact of organized crime in America through the lens of one family so enmeshed in its web we are unsure if they will be able to survive to find freedom. Through telling this story, I not only wanted to share how the love of God can redeem even the most lost soul, but also give a window into the destruction that follows in the wake of those who do not value human life. Instead of romanticizing organized crime as books and movies have done for decades, my goal with integrating the Russian mafia into the fabric of Girls of Summer was to shine a light on the lack of decency and morality.

Girls of Summer is a suspenseful romance filled with the hope of redemption and reconciliation, but the story also gives a peek into a world most of us would prefer to believe lives only in fiction. Thankfully, we have dedicated men and women who are quietly fighting for justice with the hope of one day saying, organized crime is truly a thing of make believe.

For Him and My Family, August 12

Because I said so — and other adventures in Parenting, August 14 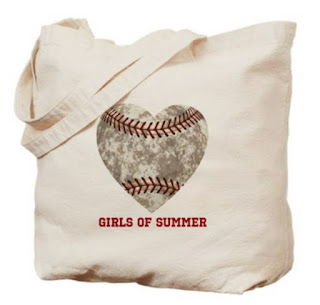 To celebrate her tour, C.E. is giving away the grand prize package of a tote that contains four books (Girls of Summer, From Scratch, Life on the Porcelain Edge & The Wooing of Jane Grey) and some “surprise items”!!

Girls of Summer is the first book I have had the pleasure of reading by C.E. Hilbert. It will not be the last. I thought this one a great read. I have to admit that it was a little difficult to understand as to what was going on at first. Once I caught on, I was hooked and did not want to put it down. It has a lot that I love reading in a story: suspense, adventure, danger, action, and mystery. I thought it was thrilling to read.

I am giving Girls of Summer four and a half stars. I recommend it for readers who enjoy reading a clean suspense. I will definitely be looking for other books written by C.E. Hilbert in the future.

I received a copy of Girls of Summer from the publisher, but was not required to write a positive review. This review is one hundred percent my own honest opinion.