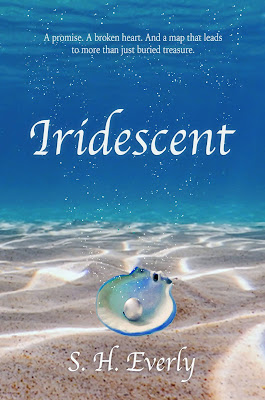 For 17-year-old Katrina Peterson, life is never the same after she finds out she’s moving back to California. Upon arrival, Katrina learns that the town has secrets, and at the heart of them is the mysterious and popular Jared, who’s been dreaming about her long before she came to Santa Cruz. Only one thing seems to have all the answers: a map given to her by her mother. But Katrina wonders how long she can keep her own secret from Jared. Will he ever accept her for who she truly is? But, more importantly, can she? A story filled with friendship, family, love, and even faith, Iridescent will take you away to the beaches and ocean waters of Central California, and on a magical journey in this coming of age book.

On the day of the camping trip, we piled into a school bus and rode to the edge of the forest. Kristen was wearing a black windbreaker, and she wore her long hair down. I was wearing a light blue jacket and a pair of jeans with some hiking boots.

Our English teacher, Mr. Thompson, was the trip super‐ visor. He lectured us about the history of the forest, told us about the different animals we might encounter, and cautioned us about the potential dangers of camping. After promising to be careful, we got off the bus.

I chatted with Kristen as the tour guides arrived. They introduced themselves, and to my surprise, the guides were Jared and his brother, Steve. I recognized Jared’s auburn bronze hair, and up close, I could see his sharp jaw and blue eyes. Steve was a little taller than Jared with brown hair, a chiseled jaw, and brown eyes.

Jared was wearing Timberland boots with a pair of hiking pants and a light jacket over a dark gray henley. He began 50 reading off a list of yet another set of rules for the hike. As he was talking, our eyes met.

Had he caught me staring again?

My cheeks flushed red, and I could feel them burning, but he gave me a quick smile and turned back to his paper. He said the campsite was about seven miles away—that was a little further than I had expected.

We got in a single-file line and followed Jared into the forest. I held onto my backpack a little nervously as we walked along the tree-lined trails, and I looked up at the large trees. They were massive, and they only seemed to grow in size as we went deeper into the forest.

The woods were teeming with life. I watched as a few birds flew overhead. The birds flew through a few sunrays that were filtering through the leaves, and I could see a quick flash of blue feathers as they went through the light. Soft, velvet-looking moss climbed up the sides of trees, weaving their way upward, and green leaves fanned out, glowing slightly from the sun that wanted to peak through. 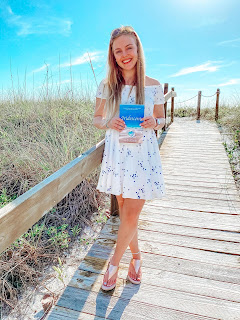 Sarah is the author of Iridescent. She is a lover of the ocean and the beach which have inspired her writing, and she is also inspired by her Christian faith. In her free time, she loves baking gluten-free recipes and painting. Something on Sarah's bucket list is to write a full first draft on a typewriter. She is excited to continue writing the sequel to Iridescent, Book 1 of the Iridescent Series.

S. H. Everly will be awarding a $15 Amazon/BN GC to a randomly drawn winner via rafflecopter during the tour.