Blog Tour and Giveaway: Calm in the Mountain Storm by Misty M Beller 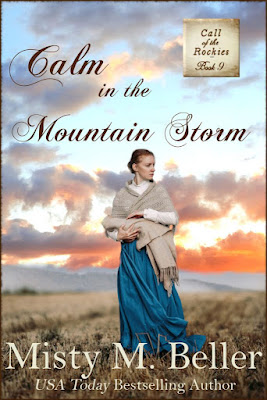 Book: Calm in the Mountain Storm

This epic journey will test his strength and ability to protect his children—and they’re all he has left.

When Elise Lane and her brother set out as missionaries to the native tribes in the Rocky Mountains, she knew the work would be challenging. But nothing fully prepared her for the hardships, nor the joys of getting to know the people. And even more so when some of them decide to accept God’s grace. When they discover the entire village where they’ve been working has been massacred, the mysterious brave standing at the edge of the devastation appears to be part of the danger. Especially when Elise realizes he’s holding a baby she recognizes as the daughter of one of the women who now lies dead.

Gone far too long on a mission to return his son who’d been taken by an enemy war party, Goes Ahead is relieved to return home with the boy. Until they reach their village, and the death they find there ignites his fury. His wife has been killed, along with all their friends and neighbors. No one is left alive—except their infant daughter. It can’t be coincidence that both his children have survived such evils. Now he must keep them alive and cross the mountains to return to his family, people who can help protect his family from further danger.

Traveling with an infant not yet four moons old—and no mother to feed her—is more than even Goes Ahead can overcome. Allowing the white strangers to accompany him seems the only choice since one in their party is already nursing a babe of her own. As winter closes in and the mountains prove treacherous beyond anything Goes Ahead can control, only a strength and love greater than his own can save his children—and the woman he’s come to love.

From a USA Today bestselling author comes another epic journey through breathless landscapes and adventure so intense, lives will never be the same. 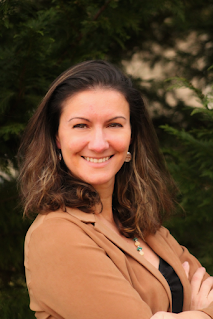 Misty M. Beller is a USA Today bestselling author of romantic mountain stories, set on the 1800s frontier and woven with the truth of God’s love.

Raised on a farm and surrounded by family, Misty developed her love for horses, history, and adventure. These days, her husband and children provide fresh adventure every day, keeping her both grounded and crazy.

Misty’s passion is to create inspiring Christian fiction infused with the grandeur of the mountains, writing historical romance that displays God’s abundant love through the twists and turns in the lives of her characters.

Sharing her stories with readers is a dream come true for Misty. She writes from her country home in South Carolina and escapes to the mountains any chance she gets.

One of the things I love about writing stories set in the 1830s Rocky Mountains is that Eastern civilization hadn’t yet touched the frontier. The only people who lived in or visited the Rockies during that were Native Americans and mountain men (usually trappers, but sometimes just explorers).

From that limited experience with white people, two of the native tribes realized they wanted to learn more about the white man’s God and his “Book of Heaven” (the Bible). In 1831, a delegation of four Native Americans—two Nez Perce and two Flathead—showed up in St. Louis, Missouri, asking for someone to come and teach their people about God.

Over the next several years, a number of people went west as missionaries, and this was the real-life inspiration for the heroine in Calm in the Mountain Storm. Though the characters in this story are fictional, the events certainly could have happened!

When Elise Lane heard that the Indians actually wanted to learn about God and simply needed someone to come tell them, she knew she had to answer that call. Of course, her brother Benjamin couldn’t let her go into that danger alone, so together, they set out on an expedition they knew would likely change them forever. Elise doesn’t have any idea exactly how much!

I pray you enjoy reading the story of Elise and Goes Ahead, the brave she meets who’s desperate for help getting his young children across the mountains. As with our hero and heroine in the story, I pray your faith is inspired!

For Him and My Family, September 21

For the Love of Literature, September 26 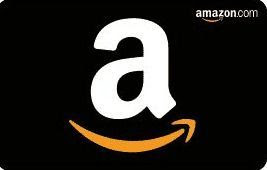 To celebrate her tour, Misty is giving away the grand prize of a $50 Amazon gift card!!

Calm in the Mountain Storm is the ninth installment from Misty M Beller’s Call of the Rockies series. I have loved this series to date and was excited to have the opportunity to read the latest addition. It is exactly what I would expect from this author. The story was full of adventure, action, romance and danger. I enjoyed taking this journey with Elise and Goes Ahead. A beautiful book of faith and inspiration.

Fans of clean historical romance with want to pick up Calm in the Mountain Storm. I believe they will definitely love it as much as me. I am giving it five plus stars. I will be eagerly waiting for the next book written by Misty M. Beller.

I received a paperback copy of Calm in the Mountain Storm from the publisher, but was not required to write a positive review. This review is one hundred percent my own honest opinion.