Blog Tour and Giveaway: A Reservoir Man by LJ Ambrosio 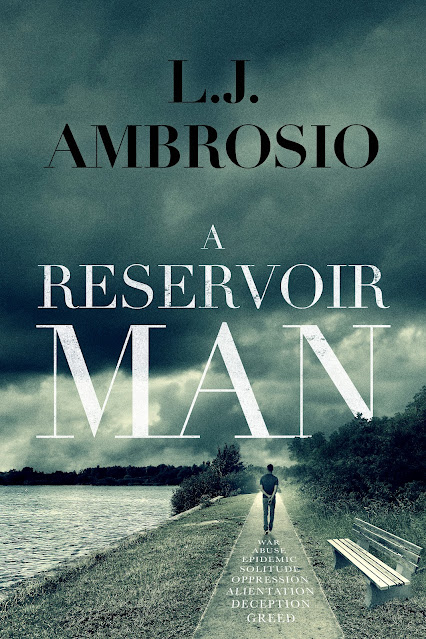 "This book is a dream, a gamble, a utopia, even. Or perhaps it is essential, evident, as something that can only be so. This book is a game, a risk, an elixir with magical substance, and wisdom, where silence and prayer read the imperceptible growth of the plant until its flowering, and then, until the luxuriant time of its fruits, after the freezing winter." -- Kalyan Panja, Book Critic

"Fiction that reads like an intensive biographical account, A Reservoir Man is an action-packed tale filled with recognizable metaphors. Be sure not to blink because you just might miss a pivotal moment in Michael’s rousing, larger-than-life story." -- R.C. Gibson, Indiestoday.com

"Heartfelt, engaging, and thought-provoking, author L.J. Ambrosio’s A Reservoir Man is a must-read coming of age story of 2022. The themes that the author explores, from betrayal and family to secrets and identity, become the perfect backdrop to the protagonist’s story and make the twists and turns in the narrative even more impactful. If you haven’t yet, be sure to grab your copy today!" -- Anthony Avina, Author, Book Critic

"I applaud the author for his innovative and imaginative storyline." -- Grant Leishman, Critic, Reader’s Favorite

"Sometimes, a good book can do funny things with time. I flew through this book and in many ways it felt like it was over in the blink of an eye, but I somehow lived a whole lifetime while doing it." -- Lizzie, Critic, Elementary My Dear Book Blog

"What I particularly found novel about this work was that it had a unique approach and perspective to it. This is a hard thing to find." -- Jeyran Main, Critic, Review Tales

Everywhere Michael turns he sees a Reservoir Man. Michael’s endless trials of survival include sexual assault, The Vietnam War, an arrest in Spain, Hollywood scandal, the AIDS outbreak, 9/11 and beyond.

​If only Michael could find the one thing he values most, freedom. Michael’s coming-of-age is tarnished by many but the courage to live his truth may just keep Michael one step ahead...or will he succumb to the embraces of a Reservoir Man? 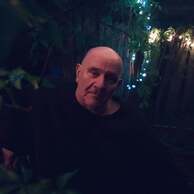 Louis J. Ambrosio ran one of the most nurturing bi-coastal talent agencies in Los Angeles and New York. He started his career as a theatrical producer, running two major regional theaters for eight seasons. Ambrosio also distinguished himself as an award-winning film producer and novelist over the course of his impressive career.

“Who and what is a Reservoir Man?”

Michael first discovers the men at a huge reservoir on the queens and Brooklyn border at age sixteen. He spent many hours talking to a number of them while sitting on a bench near the reservoir. He realized that most of these men either lived with their parents or with their wives, living a secret life, seeking other individuals at the reservoir. Even at a young age Michael came to the conclusion that these men where living a lie, not dealing with whom and what they are. When these men, the Reservoir Men, start to become aggressive with Michael, he realizes one of their greatest threats to him is their corruption. Their corruption, he realizes swiftly, is a product of their lack of truth, the evasion of their reality. They deal in lies, deceptions, games, and worse, they seek to take others into their game too for their own personal, yet insatiable, fulfillment. Michael knew if they could only come closer to who they are, their wants and needs, their acceptance of themselves, they would find their way out. The Reservoir Men are not only people looking for a sexual outlet but also a representation of the many other people Michael would meet in life that may lead him into a dangerous game too. He also realizes it is not his job to show them the door to their freedom but instead to leave and continue the quest for his own. The Reservoir Man wants us all, we cannot stop to talk to him, we must only understand him and move quickly to our next place in life. We only hope that these lost souls, someday too, see the light.