Blog Tour and Giveaway: There Is Always A Tomorrow by Anna Belfrage 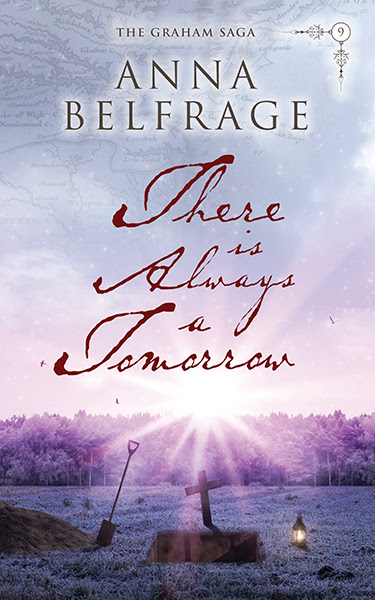 There is Always a Tomorrow by Anna Belfrage

There is Always a Tomorrow is the ninth book in Anna Belfrage’s time slip series featuring time traveller Alexandra Lind and her seventeenth century husband, Matthew Graham. It is 1692 and the Colony of Maryland is still adapting to the consequences of Coode’s Rebellion some years previously. Religious tolerance in the colony is now a thing of the past, but safe in their home, Alex and Matthew Graham have no reason to suspect they will become embroiled in the ongoing religious conflicts—until one of their sons betrays their friend Carlos Muñoz to the authorities. Matthew Graham does not leave his friends to rot—not even if they’re papist priests—so soon enough most of the Graham family is involved in a rescue attempt, desperate to save Carlos from a sentence that may well kill him. Meanwhile, in London little Rachel is going through hell. In a matter of months she loses everything, even her surname, as apparently her father is not Master Cooke but one Jacob Graham. Not that her paternity matters when her entire life implodes. Will Alex and Matthew be able to help their unknown grandchild? More importantly, will Rachel want their help? Anna was raised abroad, on a pungent mix of Latin American culture, English history and Swedish traditions. As a result she’s multilingual and most of her reading is historical- both non-fiction and fiction. Possessed of a lively imagination, she has drawers full of potential stories, all of them set in the past. She was always going to be a writer – or a historian, preferably both. Ideally, Anna aspired to becoming a pioneer time traveller, but science has as yet not advanced to the point of making that possible. Instead she ended up with a degree in Business and Finance, with very little time to spare for her most favourite pursuit. Still, one does as one must, and in between juggling a challenging career Anna raised her four children on a potent combination of invented stories, historical debates and masses of good food and homemade cakes. They seem to thrive… For years she combined a challenging career with four children and the odd snatched moment of writing. Nowadays Anna spends most of her spare time at her writing desk. The children are half grown, the house is at times eerily silent and she slips away into her imaginary world, with her imaginary characters. Every now and then the one and only man in her life pops his head in to ensure she’s still there. Other than on her website, www.annabelfrage.com, Anna can mostly be found on her blog, http://annabelfrage.wordpress.com – unless, of course, she is submerged in writing her next novel. You can also connect with Anna on Facebook, Twitter and Goodreads.

During the Blog Tour we will be giving away 2 ebook copies and 2 paperback copies of There is Always a Tomorrow! To enter, please enter via the Gleam form below. Giveaway Rules – Giveaway ends at 11:59pm EST on December 21st. You must be 18 or older to enter. – Giveaway is open INTERNATIONALLY. – Only one entry per household. – All giveaway entrants agree to be honest and not cheat the systems; any suspect of fraud is decided upon by blog/site owner and the sponsor, and entrants may be disqualified at our discretion. – Winner has 48 hours to claim prize or new winner is chosen. There is Always a Tomorrow