Review: The Sound of Rain by Sarah Loudin Thomas 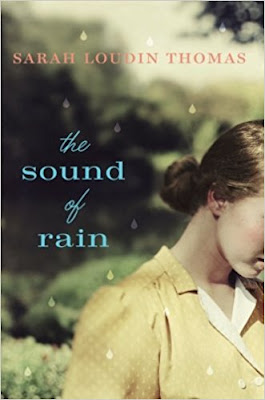 Judd Markley is a hardworking coal miner who rarely thinks much past tomorrow until he loses his brother--and nearly his own life--in a mine cave-in. Vowing never to enter the darkness of a mine again, he leaves all he knows in West Virginia to escape to Myrtle Beach, South Carolina. It's 1954, the seaside community is thriving, and Judd soon hires on with a timber company.

Larkin Heyward's life in Myrtle Beach is uncomplicated, mostly doing volunteer work and dancing at the Pavilion. But she dreams of one day doing more--maybe moving to the hollers of Kentucky to help the poor children of Appalachia. But she's never even met someone who's lived there--until she encounters Judd, the newest employee at her father's timber company.

Drawn together in the wake of a devastating hurricane, Judd and Larkin each seek answers to what tomorrow will bring. As opposition rises against following their divergent dreams, they realize that it may take a miracle for them to be together.

The Sound of Rain is an okay read for me. I liked how it began in West Virginia Appalachians with Judd. I was enjoying how it all began, but then when he moved away to South Carolina I was not as interested. The story seemed to slow down a bit while he was there. I really can not explain it, just felt like the connection with him was lost. I was relieved when he was introduced to Larkin. She  was not a likable character at first but she grew on me. I admired her determination to become her own person. I thought she carried the story much better and I was able to keep reading.

Overall, the Sound of Rain is worth a read and I give it three stars.