Blog Tour: Guest Post, Review and Giveaway: Out of the Ordinary by Jen Turano 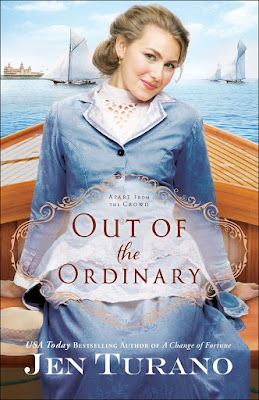 ”With all the charm of a Regency romance, the humor of a drawing room farce, and the swoonworthy delight of a fairy tale, Turano’s first Apart from the Crowd historical absolutely sparkles.”–Publishers Weekly on Behind the Scenes Working as a paid companion may be quite commonplace, but Miss Gertrude Cadwalader’s eccentric employer makes her job unpredictable, to say the least. She finds herself carrying out an array of highly unusual tasks, including wearing peculiar outfits and returning items the woman pilfered. But when the wealthy Mrs. Sinclair catches Gertrude sneaking around the Sinclair yacht with some of the missing items in her possession, she immediately jumps to the wrong conclusion. Shipping magnate Harrison Sinclair is caught in the middle of a misunderstanding between his mother and Gertrude, but he can’t help coming to his friend’s defense. Even as he hopes their friendship might become something more, Harrison is unprepared for the outlandish escapades that seem to follow the lovely, anything-but-ordinary Gertrude at every turn. “The second installment of Turano’s Apart from the Crowd series is laugh-out-loud enjoyable. The foibles of the characters, balanced out with a light-hearted yet meaningful love story, is a true treat. . . . All of the threads are tied together in the end, even the small mysteries and side stories. It makes for a very satisfying read when the last page is turned.”–RT Book Reviews

Jen Turano, author of nine books and two novellas, is a graduate of the University of Akron with a degree in clothing and textiles. She is a member of ACFW and lives in a suburb of Denver, Colorado. Visit her website at www.jenturano.com.

Q & A with Jen Turano

What Readers Want to Know from Jen 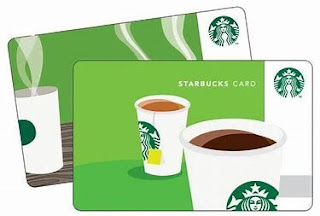 To celebrate the tour, Bethany House is giving away a grand prize of Two Jen Turano Novels and a $20 Starbucks Gift Card!!
Click below to enter. Be sure to comment on this post before you enter to claim 9 extra entries!

Out of the Ordinary is the second installment from Jen Turano's fun series, Apart From the Crowd. If a reader has not read anything by Miss Turano yet, they do not know what they are missing. Every one of her stories are full of laugh out loud moments. Moments where the reader would embarrass themselves if they read out in public. Out of the Ordinary is no different. I loved this book. Gertrude Cadwalader is an enjoyable and likeable character. Even more so when Harrison Sinclair enters the scene. In addition to the humor, the story has a small element of suspense and mystery. Just a great heartwarming and light read.

Out of the Ordinary has become my new favorite by Jen Turano and can not wait to read to see what happens next in the Apart From the Crowd series. I give this fabulous book a well deserved 5 plus stars.