Blog Tour: Review and Giveaway: West from the Cradle by Brigid Amos

West from the Cradle
by Brigid Amos 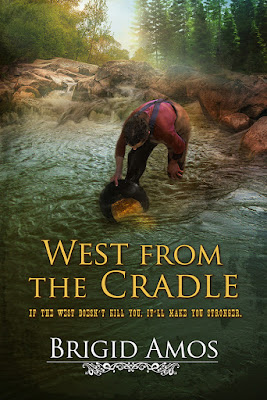 
Travis Cooper was not meant to be a prospector. Small for his age, he has never been much help on the family farm in Missouri. How could he survive the journey west to take up such backbreaking work? But when he sees a copy of the California Star in the fall of 1848, everything changes. One shining word jumps off the page: GOLD! Now staying alive is a struggle. Keeping his partner from getting himself killed is even harder!

Travis paid for the nails and was almost out the door when Hillerman called to him and beckoned for him to come back to the counter. “Come here a second, son. I want to show you something.” Reaching down behind the counter, the shopkeeper pulled out a stack of newspapers. “Melvin Ellerbee brought me these newspapers from St. Joe. It’s this one I wanted you to see.” Hillerman handed Travis the newspaper on the top of the stack.


“It’s from San Francisco to be precise. That newspaper was sent out this way by the editor, a Mr. Brannan of San Francisco, to recruit new American Californians. Clever fellow, that Brannan. What I wanted you to see was this article by Victor something or other. His name’s French I guess. Here, look!” Hillerman pointed to an article on the front page.


As Travis skimmed the article, one shining word jumped right off the page. “Gold?” he asked, looking up at the shopkeeper for confirmation.


“Gold!” Hillerman said. “They found gold in the American River. I figure there’s more where that came from, and there must be plenty of other rivers and streams out there that have it in them.”


“Those folks are lucky, aren’t they? I’d call that being in the right place at the right time.”


“They’re lucky all right. But so will be those who emigrate out there this spring. It sounds like there’s plenty to go around.”


Travis put the newspaper down and searched Hillerman’s face. “Is that what you’re thinking of doing? Going out there to California?” 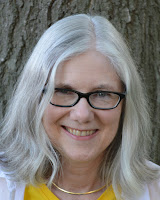 Brigid Amos’ young adult historical fiction has appeared in The MacGuffin, The Storyteller, Wilderness House Literary Review, and Words of Wisdom. Her first novel, A Fence Around Her, was published by Clean Reads in 2016. A produced playwright, she co-founded the Angels Playwriting Collective and serves on the boards of Angels Theatre Company and Women Writing the West. She is also an active member the Nebraska Writers Guild. Although Brigid left a nugget of her heart behind in the California Gold Country, most of it is in Lincoln, Nebraska where she currently lives with her husband.


Brigid Amos will be awarding a $10 Amazon/BN GC to a randomly drawn winner via rafflecopter during the tour.

Don't forget to visit each blog of the tour and
leave a comment to earn more chances to win!


West From the Cradle is a good book. I enjoyed the historical details of the story. I felt like I was transported back in time with Travis and thought his struggles to survive. I could not imagine living during those hard and trying times. Brigid Amos is a talented author and I hope to read more by her.

I recommend this book to readers, young and old who love to read good, clean historical fiction.

I received this book from the publisher. This book review is 100% my own honest opinion.