Blog Tour and Giveaway: When You Are Near by Tracie Peterson 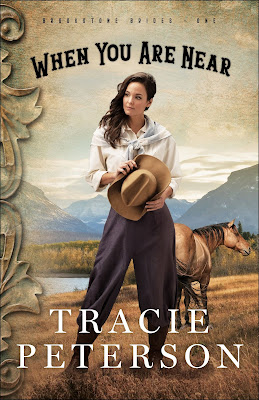 After her father’s death, Lizzy Brookstone, a trick rider in the all-female Brookstone Wild West Extravaganza, wants nothing more than to quit her role as the star of the show and live a quiet life on her family’s ranch. But returning home would bring Wesley DeShazer, the ranch’s foreman and the man who broke her heart, back into her life. In addition, the Brookstones’ new manager fears that Lizzy’s departure could doom the already cash-strapped show. Hope grows in Lizzy during a stopover at Fleming Farm. Ella Fleming not only has a natural talent for trick riding and could easily replace Lizzy, but she’s eager to join the show to flee a forced betrothal. However, while there, one of the show’s wranglers is killed in a manner Lizzy finds suspicious. And during her escape from the farm, Ella stumbles across a secret that could affect all of their lives, as well as the future of the Brookstone Extravaganza. 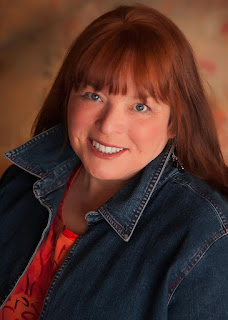 Tracie Peterson (www.traciepeterson.com) is the bestselling, award-winning author of more than 100 novels. Tracie also teaches writing workshops at a variety of conferences on subjects such as inspirational romance and historical research. She and her family live in Montana.

Introducing…When You Are Near! I’m excited about the new Brookstone Brides series and had so much fun researching for the various characters and locations. This is a story about a fictional Wild West show with all female performers. Prior to the rodeos we see today, the Wild West shows traveled throughout America and Europe to entertain people and give city dwellers a taste of what the American frontier was like. At least their version. Buffalo Bill Cody was famous for his shows, which brought Native Americans and their culture into the world of people who might otherwise never have even seen an “Indian.” Pawnee Bill was another entertainer who sought to keep these shows alive. 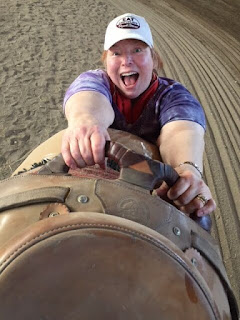 For the fictional show in my novels, I wanted to focus on three female characters who became a part of the Brookstone Wild West Extravaganza for varying reasons. Lizzy Brookstone is the heroine in book one, When You Are Near, and as the daughter of one of the show’s owners, she has enjoyed a starring role as a trick rider. For research I went to Pueblo, Colorado to the ranch of Karen Vold, a famous trick rider and rodeo star. Linda Scholtz, a famed trick rider, was teaching a clinic there along with Karen at the Red Top Ranch Trickriding School. These are two remarkable Christian trick riders who have long worked to keep the sport alive. I spent three days getting to know them and what they do and learned so much. And just to prove that we weren’t all work and no play, I thought I’d share my attempt at trick riding. What I won’t do for research! The series will have three books, as usual, and each book will focus on a different lady and her skills. Mary is a trick shooter like Annie Oakley, and Ella is a Roman rider who stands on the backs of two horses for her part in the act. It was so interesting learning about each of these types of performers, and I hope you’ll get a chance to read all three and enjoy the stories of the Brookstone Wild West Extravaganza. 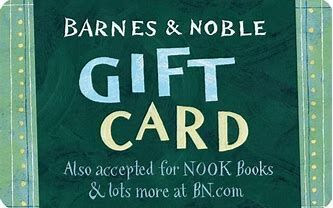 To celebrate her tour, Tracie is giving away a grand prize of When You Are Near, Tracie’s A $25 Barnes and Noble Gift card, and the three books in The Heart of Alaska series and three other winners will receive a copy of When You Are Near!!
Be sure to comment on the blog stops for nine extra entries into the giveaway! Click the link below to enter. https://promosimple.com/ps/dcdd/when-you-are-near-celebration-tour-giveaway

When You Are Near begins a new series by Tracie Peterson, Brookstone Brides. Readers are introduced to Lizzy Brookstone, who is a trick rider for the Brookstone Wild West Extravaganza. When her father dies, she finds herself having to manage the show and forced to work with Wesley and Jason. Ella Fleming is on the run and escapes on the Brookstone train, where Lizzy finds and gives her position to work for the show, which she soon may regret. Mary Reichert, is a sharpshooter who once worked for the show, comes back to investigate the death of her brother. Will all these sudden events for Lizzy bring the end of her father’s legacy?

I enjoyed When You Are Near. It was full of adventure and action that kept me want to keep reading. I loved all of the characters. It was fun finding how out how Lizzy, Ella and Mary try to solve the mystery of who killed Mary’s brother. I can not wait to read the next installment in the series.

I give When You Are Near five stars.