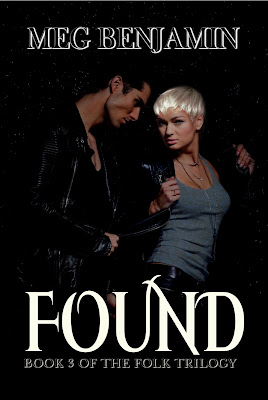 ~~~~~~~~~~~~~
GENRE: Paranormal Romance
~~~~~~~~~~~~~
BLURB:
Some think she’s a monster. He thinks she’s the love of his life.
After she sent several men to the hospital, Dame Blanche Eva Winchester is learning to control her power. But she’s also bored to tears. Enter Prince Bertie, who offers her the chance to go undercover as a waitress in order to find out who’s attacking men in the parking lots of Folk-owned clubs. Bertie’s motives aren’t entirely innocent—he’s smitten by the lethal lady’s charms. But he and Eva discover the attacks are part of a more wide-ranging conspiracy, involving the very survival of the Folk.
As their investigations bring Bertie and Eva closer, Eva finds the downside of dating a prince, even one as yummy as Bertie. But when the prince is attacked, Eva swears to protect him. To overcome a ruthless enemy, the two must stage a last-ditch battle in the blizzard-ridden mountains. And this time they’ll need more than love and super strength to survive.
~~~~~~~~~~~~~
EXCERPT
Eva walked up the street from where she’d left her car. Traffic was brutal because of construction, with an office development going in at the end of the block. Bertie had found the studio for her, and she was taken by the view of the mountains from her window and the amount of natural light. Plus there was space for a workroom if she wanted to start fashioning her own product rather than contracting someone else. She could endure a few traffic jams.
In Animas I had the perfect studio. Good light, ample space, room to grow.
Except going back to Animas was out of the question. Thinking about it only made things worse. Homesickness only made her more restless.
A construction worker carrying scrap to his truck paused to make exaggerated kissing sounds as she walked by. “Oh, baby, shake that thing over here. I’ll give you the ride of your life.”
Eva flicked an imaginary speck of dust from her shoulder, and the board he was carrying whacked him in the knee. She left him hopping up and down and howling.
She never got catcalled in Animas, but they knew her there, she was one of them. And the fact they knew her was the primary reason she couldn’t go back. She wasn’t one of them anymore.
You came here to be anonymous, remember? 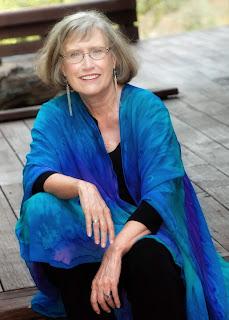 Meg Benjamin is an award-winning author of romance. Her newest series, the Folk, is a paranormal series from Soul Mate Publishing set in Colorado. Meg’s Konigsburg series is set in the Texas Hill Country and her Salt Box and Brewing Love trilogies are set in the Colorado Rockies (all are available from Entangled Publishing). Along with contemporary romance, Meg is also the author of the paranormal Ramos Family trilogy from Berkley InterMix. Meg’s books have won numerous awards, including an EPIC Award, a Romantic Times Reviewers’ Choice Award, the Holt Medallion from Virginia Romance Writers, the Beanpot Award from the New England Romance Writers, and the Award of Excellence from Colorado Romance Writers. Meg’s Web site is http://www.MegBenjamin.com. You can follow her on Facebook (http://www.facebook.com/meg.benjamin1), Pinterest (http://pinterest.com/megbenjamin/), Twitter (http://twitter.com/megbenj1) and Instagram (meg_benjamin). Meg loves to hear from readers—contact her at meg@megbenjamin.com. Found is available from Amazon Kindle: https://amzn.to/2FD1pJl
~~~~~~~~~~~~~
GIVEAWAY
Meg Benjamin will be awarding a $25 Amazon/BN GC to a randomly drawn winner via rafflecopter during the tour.
a Rafflecopter giveaway

Found, book three from The Folk Trilogy is the first book I have read by Meg Benjamin. The genre is a little different from I normally read and it only proves why I should go outside my comfort zone to try something new. I thought Found was a pretty good read.

I look forward to reading the previous books from The Folk Trilogy to find out what happened prior to Found. I give this one four stars.