Blog Tour and Giveaway: The Black Midnight by Kathleen Y'Barbo 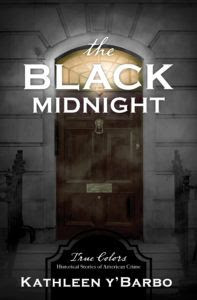 Three years before Jack the Ripper began his murderous spree on the streets of London, women were dying in their beds as The Midnight Assassin terrorized the citizens of Austin, Texas. Now, with suspicion falling on Her Majesty’s family and Scotland Yard at a loss as to who the Ripper might be, Queen Victoria summons her great-granddaughter, Alice Anne von Wettin, a former Pinkerton agent who worked the unsolved Austin case, and orders her to discreetly form a team to look into the London matter.

The prospect of a second chance to work with Annie just might entice Isaiah Joplin out of his comfortable life as an Austin lawyer. If his theories are right, they’ll find the The Midnight Assassin and, by default, the Ripper. If they’re wrong, he and Annie are in a bigger mess than the one the feisty female left behind when she departed Austin under cover of darkness three years ago.

Can the unlikely pair find the truth of who is behind the murders before they are drawn into the killer’s deadly game? From Texas to London, the story navigates the fine line between truth and fiction as Annie and Isaiah ultimately find the hunters have become the hunted. 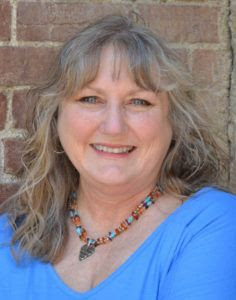 Bestselling author Kathleen Y’Barbo is a multiple Carol Award and RITA nominee of more than sixty novels with almost two million copies of her books in print in the US and abroad.

I am a tenth generation Texan, but London has held a place in my heart for over ten years. You see, I have a son who has lived there for more than a decade. Thanks to him and his family of three—my granddaughter was born there on New Year’s Eve 2019—the city will always be special to me. There is absolutely nothing like walking those streets with a thousand years of history close enough to touch.
It was on a walk with my son through this great city that the stories of nineteenth century London came alive. With fog shrouding the rooftops of buildings that were hundreds of years old and our footsteps echoing on the cobblestones, I could imagine a time when lack of electricity and CCTV would make this place less than charming on a dark night. What reminded me of my favorite childhood movie, Mary Poppins, quickly became more reminiscent of Jack the Ripper. And then a story was born.
Only I just had half the story.
The other half came to me several years later when I stumbled across an article in Texas Monthly magazine about a serial killer who rampaged through Austin, Texas in 1884 and 1885 and was never caught. Some surmised this madman, called “The Midnight Assassin” by some, might have been Jack the Ripper honing his skills before he crossed the Atlantic to begin his famous crime spree in Great Britain.
But Austin? Ironically, my other two sons lived in Austin. So while part of my heart was in London, two more parts of that same heart resided in the Texas capital. I thought I knew Austin inside out. Between one of my sons getting not one but two degrees from the University of Texas (this Aggie grad is still proud of him in spite of what I jokingly call his burnt orange rebellion) and my other son living there and managing a restaurant at the time (and who just graduated from Texas A&M Galveston last month!), I had spent many years in the city. And yet I had never heard of the Midnight Assassin.
Research turned up a tale that sounds so close to fiction I had to write about it. Discovering the theory that the Austin killer might also be the Ripper just added to my interest—neither had been caught. And I like to write about Pinkerton detectives.
From there the story unfolded. If you’ve read any of my historical romances, you know that I love incorporating actual history into my stories. As you’ll see when you read The Black Midnight, this book is no exception. While I will continue writing the historical romances I love to bring to you, I will confess that writing this book has me itching to research another one like it.
What’s next in my foray into true crime novels? Maybe Houston. You see, I have a daughter who lives there…
In the meantime, I hope you’ll enjoy reading The Black Midnight as much as I enjoyed writing it! 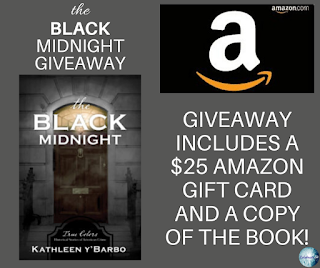 To celebrate her tour, Kathleen is giving away the grand prize package of a $25 Amazon gift card and a copy of the book!!
Be sure to comment on the blog stops for nine extra entries into the giveaway! Click the link below to enter.
https://promosimple.com/ps/ffb7/the-black-midnight-celebration-tour-giveaway
My Review
Kathleen Y'Barbo has added her talent to the True Colors series, with her The Black Midnight. I have loved the books in this series and this one does not disappoint. I have, also, read her books previous and had no doubt her work would fit in perfectly with the series. I thought it was fun to find a great granddaughter of Queen Victoria becoming a Pinkerton detective. The mystery and suspense left me on the edge of my seat. I could not put the book down until I read the last page. It was so very good.
I am giving The Black Midnight a very well deserved five plus stars. I highly recommend it for readers who enjoy clean and quick suspense filled stories. It is definitely not one to be missed.
I received The Black Midnight from the publisher. This review is one hundred percent my own honest opinion.
Posted by Amybooksy at 1:00 AM