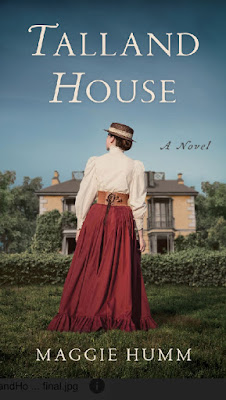 One of Virginia Woolf’s best known and most beloved novels, To the Lighthouse has been the subject of much praise, criticism and debate in the nearly hundred years since it was first published in 1927. A groundbreaking work of introspective fiction which Woolf herself described as “easily the best of my books,” the setting of To the Lighthouse was formed by the author in imitation of Talland House - a property in St. Ives, Cornwall where she spent many summers with her family - and its plot and themes were centered on autobiographical details as well; specifically, Woolf’s loss of her mother at a young age, and her evolution - and ultimately, perspective - as an artist.

On August 18, 2020, Talland House will be released with She Writes Press, establishing internationally renowned Virginia Woolf scholar Maggie Humm as the first author to interweave the people, places and events from Woolf’s life with a character from one of her best-read novels, and to tell that character’s life outside the confines of Woolf’s work.

Centering on Lily Briscoe’s coming-of-age and offering a plausible resolution to one of the twenty-first century’s greatest literary mysteries - the sudden death of Mrs. Ramsay - Talland House partly follows the time structure of Woolf’s novel, but weaves into this frame a prequel, and many fictions of Woolf’s life including her family, the artists and friends she knew, and Lily’s fictionalized life and career outside of the novel.

The culmination of decades of scholarship, years of dedication to creative writing craft, and a lifelong passion for To the Lighthouse, Talland House is an engaging and original work of romantic historical fiction which also contains an uncanny personal connection.

“They always say write about what you know and I know a good deal about Virginia Woolf,” Humm shares. “My mother died at forty-nine when I was thirteen; the exact ages of Woolf’s mother and Woolf when Woolf’s mother died. So, Woolf’s depiction of her mother as Mrs. Ramsay in To the Lighthouse meant so much to me. I had to discover how Mrs. Ramsay died!”

“I have carried this novel inside me throughout my academic career as a Virginia Woolf expert,” she continues. “Following retirement, a Creative Writing Diploma gave me the freedom and skills to realise my story.”

Shortlisted for the Impress Prize, Fresher Fiction Prize, Retreat West Prize and Eyelands Prize and longlisted for the 2019 Historical Writers’ Association / Sharpe Books Unpublished Novel Award, Talland House is already being buzzed-about throughout the industry as one of 2020’s must-read historical fiction debuts, with endorsements from Lauren Elkin (award-winning author of Flâneuse), Annabel Abbs (author of the award-winning The Joyce Girl and Frieda), the Historical Writers Association, and more. 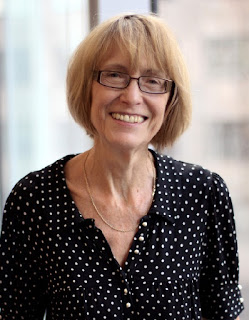 Maggie Humm is an Emeritus Professor, University of East London, UK. An international Virginia Woolf scholar and the author/editor of fourteen books (the last three focused on Woolf and the arts), Humm is a former Co-Chair of the British Women’s Studies Association, founded the first full-time undergraduate UK Women’s Studies degree, and was a judge of the Fawcett Society book prize. To transition to creative writing, she earned a diploma in Creative Writing from the prestigious programme launched by the University of East Anglia in partnership with the Guardian, followed by mentorship with The Literary Consultancy. She contributed a programme note for the ‘Woolf Works’ ballet at the Royal Opera House and a catalogue essay for the major Woolf exhibition at the Tate St Ives, as well as speaking there at a conference.

Talland House is Humm’s debut novel. Shortlisted for the Impress and Fresher Fiction prizes (as Who Killed Mrs. Ramsay?) and Retreat West and Eyelands prizes, and longlisted for the Lucy Cavendish and Historical Writers’ Association / Sharpe Books Unpublished Novel Awards, Talland House is set for official release in August 2020 with She Writes Press.

She lives in London and is currently writing Rodin’s Mistress about the tumultuous love affair of the artists Gwen John and Rodin.

Talland House is my first introduction to Maggie Humm writing. I thought it was a pretty good piece of historical fiction. The historical details were so vivid, I felt like I was transported back in time living among the characters. I enjoyed the mystery and suspense involved in it, as well.

I am giving Talland House four and a half stars. I recommend it for readers who love historical fiction, particularly World War I era England. I would love to read more like this one by this author in the near future.