Blog Tour and Giveaway: Sincerely Yours by Kari Trumbo 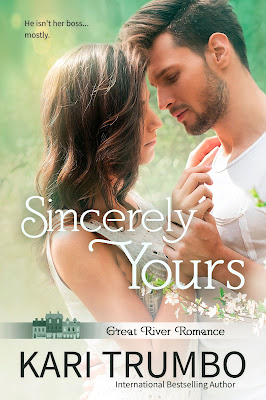 What if you fell in love with a man you’d never met?

He refuses to meet with her, and she has no idea why.

Tom has an affliction that’s plagued him his whole life—a painfully crippling stutter. On air, he can speak to thousands, but in person, he stumbles to find every word.

After a woman stalked him, he’s convinced his fame and fortune are all women want. He’s unable to tell Liberty why he won’t meet in person. How could he explain his unfounded doubts and his own issues?

Without her, disaster looms for his station. But, meeting her might prove he’s right about women.
Liberty takes matters into her own hands and calls into his radio show… using an assumed name.
She never expects to hit it off with him. If she reveals her secret, it will put her new relationship and her job at risk. 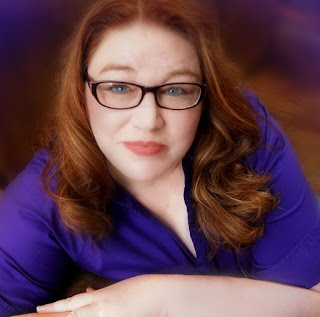 Kari Trumbo is a bestselling author of Christian historical and contemporary romance novels. Her books are known for characters who feel real, settings you could move to, and faith woven between the pages. She makes her home in central Minnesota with her husband of over twenty years, two daughters, two sons, and never enough time.

Thank you all so much for joining me on my blog tour! I’m happy to be here. I write an eclectic mix of historical (western) and contemporary (western and not) romance, sometimes with a hint of suspense woven in. I can’t help it; my education is a degree in psychology with a sociology minor focusing on criminality and deviance… the suspense just happens whether I plan it or not.
I am one of those writers who usually gets a story idea and then writes it. I usually don’t write a book just because I “should”. That being said, this is one of those books where readers asked for it and I delivered. The first story in the series is in a popular book bundle Betwixt Two Hearts. In my story, the secondary character Liberty Dryden (named after one of my readers) is a really fun character, even though she’s only in a few scenes. Readers liked her so much, they wanted her to have her own happily ever after.

Then the hard part began.

I liked Liberty and I spent a while in her head, trying to figure her out. She was a tough one because Liberty has some hurts. She feels alone and a little used. Don’t we all? But how to write that in a way where the reader wasn’t bored by her self-doubt. Because, let’s face it, it’s cool when a story touches us in a way that is familiar, but if it’s overdone…snooze. I liked the idea that because of their hurts, both characters were shy. So, I gave myself a challenge. These two couldn’t meet until later in the story, but it still had to feel like a romance.


It’s a little like the movie You’ve Got Mail, but different too.
This series was my first big step outside of the western genre (which is funny, because I’m not at all western) and that forced me to think in new ways, which helped with the characters and bringing this story to life.
My favorite poignant quote from Sincerely Yours is, “If I can’t forgive those who ask for it, it ruins my witness. I literally can’t be the love of Jesus if I’m not willing to forgive those who wronged me. Especially if they earnestly ask.”
Thank you for joining me and happy reading! 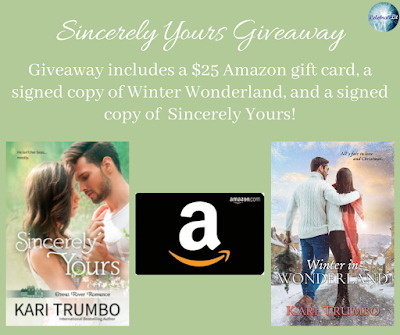 To celebrate her tour, Kari is giving away the grand prize package of a $25 Amazon gift card and signed copies of Sincerely Yours and Winter in Wonderland!!
Be sure to comment on the blog stops for nine extra entries into the giveaway! Click the link below to enter.
https://promosimple.com/ps/fe33/sincerely-yours-celebration-tour-giveaway

After reading Sincerely Yours, my first question to myself is “Why is this the first and only book I have read by Kari Trumbo?” I have no idea why I have read any of her books before. I apparently have been missing out! I thought this book was a great read. I adored getting to know Liberty and Tom. The book was just under two hundred pages, but it was full of emotions. I never knew where the two ends up. I sometimes found myself tearing up at some scenes, while giggling at others. It was such a beautiful and heart warming tale.

I am giving Sincerely Yours a very well deserved five plus stars. I will most definitely be looking out for more by Miss Trumbo in the future. I loved this one. I recommend this one for readers who love to read a well written, quick, and clean inspirational story.