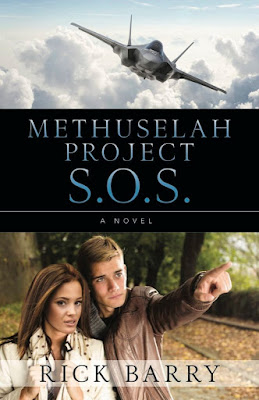 Born in the final days of Nazi Germany, an underground organization is alive, growing, and manipulating events in our world today …

The survivor of a secret German experiment in 1943, Roger Greene possesses a unique physiology. To this day, his body remains youthful and heals quickly. In exchange for information about the mysterious Heritage Organization that Roger once escaped, the CIA has given him a new identity and pulled strings to get him into the modern U.S. Air Force.

Now, Roger’s main thrills are serving his country in an F-35 and spending time with Katherine, the love of his life. Suddenly, the CIA shows up and drops a bombshell—evidence that Sophie, the woman who Roger believed had died helping him escape, is alive. The Heritage Organization is holding her and others prisoner in an unknown location.

Honor-bound to rescue the woman who risked her life for him, Roger accepts temporary duties with the CIA. But just when the mission is already straining his relationship with Katherine, Roger becomes a murder suspect. A fugitive, he continues alone the mission to find Sophie. What he discovers lands this pilot deep inside a shadowy network intent on world domination.

Will Roger’s faith carry him through this quest—or will those tracking him succeed in snuffing out his long life once and for all?

A sensational standalone story, Rick Barry’s sequel to The Methuselah Project launches you into an unforgettable journey through danger, suspense, hope, and love—an experience that will keep you turning pages well into the night! 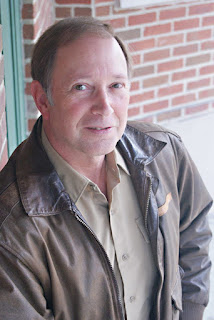 Rick Barry has authored 4 novels: The Methuselah Project, Methuselah Project S.O.S., Gunner’s Run, and a young adult fantasy called Kiriath’s Quest. In addition, he has hundreds of published articles and short stories to his credit. He speaks Russian and has visited Eastern Europe over 50 times. Experiences that have provided fuel for his fiction include skydiving, mountain climbing, rappelling, serving in Christian camping ministries in Russia, kayaking, wilderness hiking, white-water rafting, visiting World War II battlegrounds, and prowling deserted buildings in the evacuated Chernobyl zone in Ukraine.

More than once, I’ve told friends that if I could write only one novel in my life, The Methuselah Project is the one I’d choose. After all, that inspirational suspense story has equal appeal for men and women readers. Plus, its hero—Captain Roger Greene—is such a fun character. He’s patriotic, handsome, humble, conscientious, and he possesses a sense of humor that carries him through tough times. Sure, it’s a suspense story, but it also includes a satisfying touch of romance.

However, with the publication of its standalone follow-up, Methuselah Project S.O.S., I might have to revise my statement. In this second book I worked hard to raise the stakes, to increase the danger, and to ramp up the tension. Also, in this book we get much better acquainted with the main characters, and the romance deepens. (Sorry, no spoilers!) Even though Roger Greene and his girlfriend Katherine are my own inventions, I’ve really grown to love these two. Judging by reviews, readers have, too!

I confess that S.O.S. was harder to write than the first book. My brain insists on details and believability. For me to write it, the plot of S.O.S. compelled me to research a variety of subjects—the CIA, the Air Force, escape and evasion techniques, functional booby traps, and more. The resulting story is a roller coaster ride of action and emotions.

So, what gives me as author the most joy from these books? Probably the reviews where readers begin, “I don’t usually read this kind of book”—but then tell why they absolutely loved it. Who knows, maybe you’ll be the next one to say so!

Where Faith and Books Meet, March 3

For Him and My Family, March 10

Lights in a Darkness World, March 11

Because I said so — and other adventures in Parenting, March 14 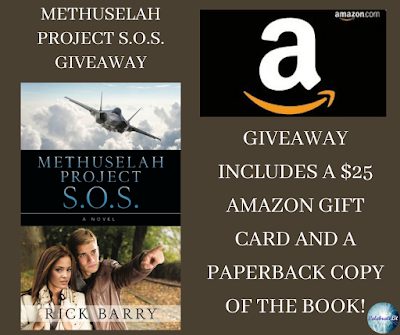 To celebrate his tour, Rick is giving away  the grand prize package of a $25 Amazon gift card and a paper copy of Methuselah Project S.O.S.!!

Methuselah Project S.O.S. is the second installment from the Methuselah Project series by Rick Barry. Since this is the first book I have read by this author and not reading the start of the series, I believe readers can get by reading this one as a stand alone. However, I do plan going back to see what happened prior to this one. I thought this was a great story. It was like riding a roller coaster. It was full of action and adventure with some unpredictable twists and turns. I loved it from start to finish.

Methuselah Project S.O.S. is getting a very well deserved five plus stars from me. I recommend it for readers who enjoy reading fast paced thrilling reads. I will be looking forward of getting my hands on the first book in the series, The Methuselah Project and am hoping there will be a third book in the future, as well.

I received Methuselah Project S.O.S. from the publisher. This review is one hundred percent my own honest opinion.