Review Tour and Giveaway: Ivan the Giant by Philip A Creurer

Ivan Morrow has spent his short life waiting for things to happen. Now something has happened. An unknown ancestor has entrusted him with something of great value and it has gone missing. But who stole it and how to get it back? He's grown extraordinarily over the last year since turning eleven, but his mind is stuck in a kid-sized brain. Now he must match wits with a desperate thief if he is to honour the trust placed in him by his distant relative.

When I was eleven, I grew twelve inches and they called me Ivan the Giant. “Hey, Giant Ivan, reach my book for me!” I wasn’t liking it. I would not own it. But I wouldn’t say anything about it, either. I was a January child, which meant that I was slightly older than most of my classmates in the grade six class, so maybe my age was partly to blame, if I was looking for something to blame, that is, which I wasn’t. Nevertheless, it made me sound like some hairy beast from a nursery rhyme, a curiosity dreamed up to either frighten children or be their secret friend. I wasn’t scary and I had no intention of being someone’s imaginary friend, to be left behind when childish dreams were boxed up and put away, to be replaced by adult pretense.

My arms and legs grew proportionately, and my hands and feet too. So that was lucky. But I was never quite sure where my arms were, and my legs flayed out dangerously at inconvenient moments. Most boys have their growth spurt a bit later, so I was an exception. Not exceptional, but an exception. There is a difference. 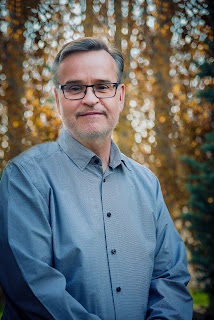 Philip Creurer has spent a large part of his life studying at home in Canada and abroad in France and Germany. From his origins in rural Saskatchewan, he returned to the Canadian Prairies in 2013. Long inspired by his English teachers who initiated the Prairie Writers' Workshop in his high school, he took up the passion of his younger years and began writing fiction again in his fifties. The Canadian Prairies form an expansive canvas from which his ideas and his characters arise. Philip lives in Edmonton, Alberta.

Philip A. Creurer will be awarding a $10 Amazon GC to a randomly drawn winner via rafflecopter during the tour.

a Rafflecopter giveaway
MY REVIEW:
Ivan the Giant is a pretty good read by Philip A. Creurer. It is an interesting read. I enjoyed the mystery of the story. It was fun to figure out how it would all end. I liked it.
I give Ivan the Giant four stars. I recommend it for readers who are about twelve to fourteen years old. Especially for those who enjoy history and mystery.
I received Ivan the Giant from the publisher. This review is one hundred percent my own honest opinion.
Posted by Amybooksy at 1:00 AM