Excerpt Tour and Giveaway: She's the One Who Cares Too Much by SR Cronin

She's the One Who Cares Too Much

(Book Two of the War Stories of the Seven Troublesome Sisters) 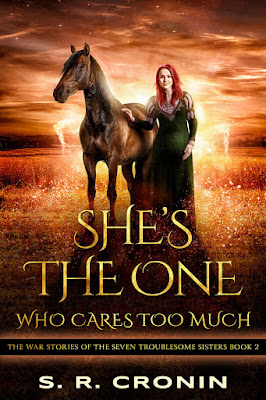 Coral, the second of seven sisters, has been hiding her affair with the perfect man until her older sister can get her life together. But the perfect man is getting impatient and now she’s gotten pregnant. Coral decides it’s time to consider her own happiness.

But what does she want? The perfect husband turns out to be less than ideal. She adores the small children she teaches but the idea of being a mother fills her with joy. Meanwhile, her homeland is gripped by fear of a Mongol invasion and she can’t stop crying about everything now that she’s with child.

Then a friend suggests the ever-caring Coral possesses a power well beyond what she or anyone else imagines. Does she? And why is the idea so appealing?

When Coral’s big sister loses faith in the army and decides to craft a way to use magic to save Ilari from the Mongols, she decides Coral’s formidable talent is what the realm needs. Can Coral raise a baby, placate an absent military husband who thinks he’s stopping the invasion, and help her sister save her homeland?

Then, Ryalgar did something I couldn’t have possibly predicted.

She announced she was joining the Velka, to become one of the women of the forest who lived without men. I couldn’t imagine making such a choice. What was she thinking?

Clearly, she’d failed to snare her prince, and now she believed she’d never want another man. But I knew her heart would heal in time. All hearts did. I tried to tell her this, but she remained firm.

She only asked one thing of me.

“I’m going to enter the forest at Keva. Please, Coral, be there to watch me go in.”

At Keva? Bat scump. Everyone knew a new Velka’s first lone journey into the woods was an important event, a ritual done on one of the eight holidays. Creepy as joining the Velka sounded to me, how could I tell my sister no?

Davor would understand. He’d have to. We’d start our courtship in earnest as soon as Ryalgar was gone, and then I could come to Lev for Tirga.

On a beautiful sky-blue morning, halfway between the first day of spring and the summer solstice, all seven of us girls set out on horseback dressed in our finest clothes. We wove flowers into our hair and wore them around our necks and on our wrists. What a pretty picture we must have made, seven young women covered in bright blossoms on a soft spring day. How innocent and harmless we must have looked.

My father came too, but my mother felt too devastated by Ryalgar’s choice to join us. She said her good-byes to her oldest daughter privately, at our farm, before the rest of us left.

Ryalgar seemed excited, not afraid or sad, as she donned the overstuffed rucksack my father carried for her. She smiled, she waved, then she stepped in between the branches. Most of us had tears in our eyes as we watched.

I waited a day or two more, thinking Ryalgar would change her mind and show up at the front door, laughing about what a stupid decision that had been. I think many of my sisters hoped she would. Perhaps not all, though. Having the oldest girl in the family unmarried had put a damper on the rest of us, and I’m sure I wasn’t the only one who was anxious to get on with my life.

Luckily for the remaining five, I had no intention of slowing them down. I planned to tell everyone about my lover, in a few more days. 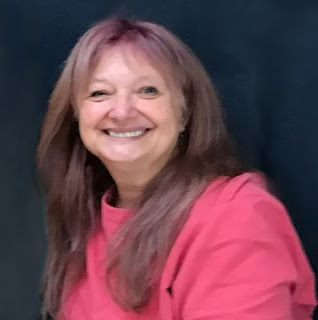